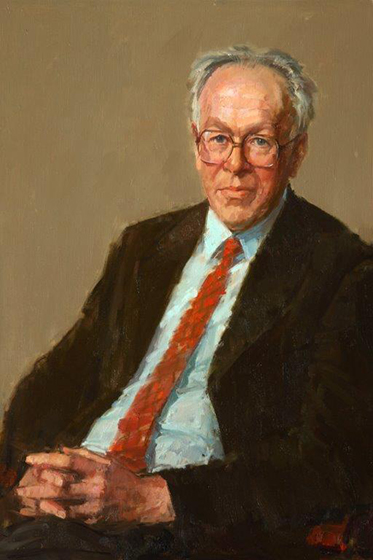 Dr Birley came from a distinguished family, with his father, also Dr James Birley, famed for his original work on fatigue in pilots in the First World War, as a model to follow.

Jim moved effortlessly from Winchester, where he was head boy, to University College, Oxford, before entering psychiatry, where he passed through the memorable, if occasionally disturbing, hands of William Sargant at St Thomas’ Hospital before going on to the Maudsley Hospital in 1960, where he stayed for the rest of his working life.

At the Maudsley he trained as a social psychiatrist, and as a budding social psychiatrist he needed to understand all their problems in context, so he became drawn towards the many problems of the patients in Camberwell. As a result he became the first consultant at the Maudsley Hospital to argue the case for a catchment area for the hospital, founding the Southwark Association for Mental Health, and putting great energy into developing a day centre and a housing association to provide the full range of social care

Dr Birley was Dean of the Royal College of Psychiatrists between 1982 and 1987, and subsequently became its president in 1987, and later president of the British Medical Association from 1993 to 1994. He was awarded the CBE in 1990. Despite this accession to the highest offices of psychiatry in the land, Jim never lost his enthusiasm for what is now called, rather clumsily, person-centred psychiatry. It is an aspiration of many but achieved genuinely by very few

On the international front Jim played a pivotal role in helping to expose the political abuses of psychiatry. He was Chair of the Geneva (subsequently Global) Initiative on Psychiatry (GIP) for most of the 1990s, and one of his major successes was to persuade the Soviet Foreign Ministry at the World Psychiatric Association meeting in Athens in 1989 to acknowledge the existence of systematic political abuse of psychiatry in their country. Following this, Soviet psychiatry returned to membership of the Association. Jim subsequently became an active participant in the Network of Reformers in Psychiatry that GIP established in 1994, and which during the next 10 years formed the main engine for mental health reform in Central and Eastern Europe and the former USSR. Over the years he developed many close friendships in the region. In November 2013 in honour of its past Chairman the Board of the Federation Global Initiative on Psychiatry (FGIP) established a Jim Birley Scholarship for young mental health professionals and other stakeholders who have shown exemplary commitment to issues of human rights in mental health.