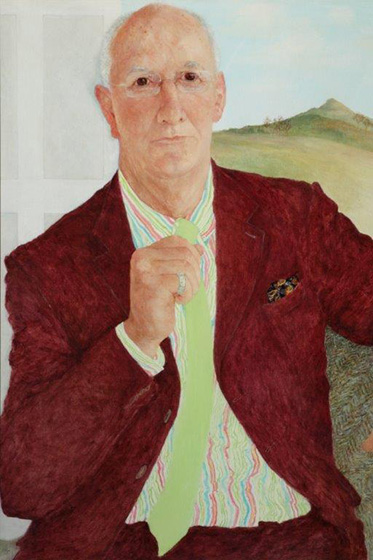 Dr Mike Shooter was president of the Royal College of Psychiatrists from 2002 to 2005.

Dr Mike Shooter had an unusual path towards medicine, a controversial tenure as President, and an eccentric career thereafter. It labelled him an iconoclast, a description he is happy to accept.

He was educated at Lady Manners School in the High Peak of Derbyshire, from where he went up to St Catharine's College, Cambridge, to read geography. He changed his mind and read history instead, then law at Canterbury in 1967. He joined a national daily as a newspaper reporter but left to get married and never went back. After a whole succession of jobs, he decided to become a doctor with no idea what that might entail and no science qualifications.

Mike was accepted by Clare College, Cambridge, provided he passed three basic science examinations in six months. He remained in Cambridge throughout his training as he would have been unable to support his family in London without a grant. In the last year of training, he suffered his first major depressive breakdown, that took a year out of his life and has recurred intermittently over the years. He determined to talk openly about his illness in the hope that it might reduce the stigma surrounding it and he has led many public education campaigns since.

He went into psychiatry in recognition of his own good treatment and because he has always believed that it is the most humane of medical branches. He completed the psychiatric rotation in Fulbourn Hospital, which was one of the leading centres of social psychiatry and had a formative effect on his working practice. He went down to Wales as a Senior Trainee in Child and Adolescent Psychiatry and remained there as a Consultant and Clinical Director of CAHMS from 1982 to 2006, working with the families of the old mining valleys. A very needy population.

Wales has always been important to Mike. He was conceived in Aberystwyth, where his parents were then living, is married to a Head Teacher from a Gower family, and has four children, all brought up in Cardiff and scattered around the world. He has worked closely with the Welsh Government and its enlightened policies for many years. It is the only country to have enshrined the United Nations Convention on the Rights of the Child into law and was one of the first to establish a Children's Commissioner to make sure those rights are respected.

Mike was College Director of Public Education from 1994to 1997, Registrar from 1997to 2002, and its first president from a Child Psychiatry background 2002to 2005. He led a challenging programme with mixed success. The College featured regularly in the media, users of mental health services and their carers were represented more thoroughly in the College, and so were BAME doctors - though he stands by his assertion that the practice of psychiatry is institutionally racist. Administrative power was devolved to countries and regions of the UK and henceforward no-one would become an adult psychiatrist without first understanding that mental illness has its origins in childhood.

Three campaigns had immediate setbacks. He spearheaded the Mental Health Alliance, a consortium of professional, public and press bodies against the worst of proposed Mental Health Act reform. He joined with other disciplines in calling for New Ways of Working, to lift the burden from psychiatrists and share case-work according to interests and skills. And he tried to persuade his colleagues that we should become a Royal College of Mental Health to emphasise that psychiatry is a multidisciplinary activity. Reactions ranged from lukewarm to damnation, but it brought us closer to user and carer organisations that would not formerly have crossed our door.

In clinical retirement, Mike has been Trustee, Chair or President of many third-sector bodies (2006 onwards) including the Mental Health Foundation, British Association for Counselling and Psychotherapy, Young Minds, Samaritans, National Children's Bureau, Children-in-Wales and Play Wales. Without them mental health services would be stretched to breaking point and they should be formally financed to recognise their contribution. Mike was elected an Honorary Fellow of the College in 1994, and of five other Royal Colleges. He has spoken at different platforms around the world, advised governments, and written extensively on child and family issues.

Despite his misgivings about the honours system, Mike accepted a CBE in 2005 provided that it was awarded on behalf of the children of Wales. His life-long clinical commitment.