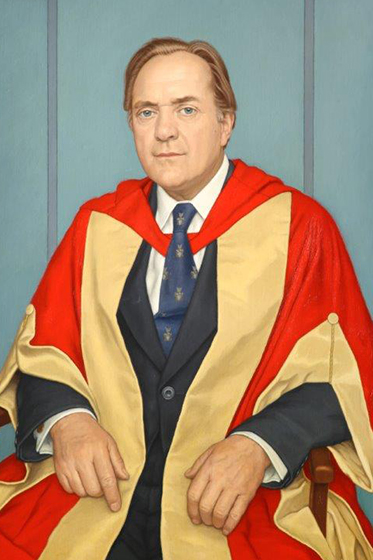 He qualified in medicine at the University of Wales in 1938. He held psychiatric appointments at Powick and Claybury Hospitals and then at the Maudsley Hospital, London, where he became Deputy Superintendent and Assistant Physician. In 1948 he became Consultant Psychiatrist and Deputy Superintendent at Whitchurch Hospital and then as Regional Adviser in Psychiatry to Wales and Monmouthshire.

In 1954 he returned to London as Physician to the Bethlem Royal and Maudsley Hospitals, and five years later succeeded Eric Strauss as Physician-in-Charge of the Department of Psychological Medicine at St Bartholomew's Hospital. He retained a part-time appointment at the Bethlem and Maudsley until 1966, when he gave this up, and a flourishing private practice to become Professor of Psychiatry at St Bartholomew's Medical College.

Professor Rees had a very distinguished career in clinical and academic psychiatry. He was elected Fellow of the Royal College of Physicians in 1960.

He was the Chairman of the Research and Clinical Section of the Royal Medico Psychological Association, a predecessor body of the College from 1957 to 1963, and from 1958 was Secretary and then Chairman of the Papers and Discussions Committee. He was a member of the Council of the Association from 1957.

On the formation of the Royal College of Psychiatrists in 1971 he was elected Vice-President and he also became Chairman of the East Anglian Regional Division.

When he was elected President in 1975, Professor Rees regarded the training of psychiatrists as his priority. With his experience in this field he was involved in the teaching of postgraduate students at the Maudsley and Bethlem, and at St Bartholomew's he developed a three-month full-time training programme for the undergraduate students. He was Chairman of the Clinical Tutors' Psychiatric Committee for the North-East Metropolitan Region, and senior London examiner for the M.R.C.Psych examination since 1971.

Professor Rees had a special interest in psychosomatic disorders. He was one of the first to introduce the technique of controlled clinical trials into psychiatry and was a leading authority on the evaluation of psychotropic drugs.