Okay, thanks
back to events
16Oct 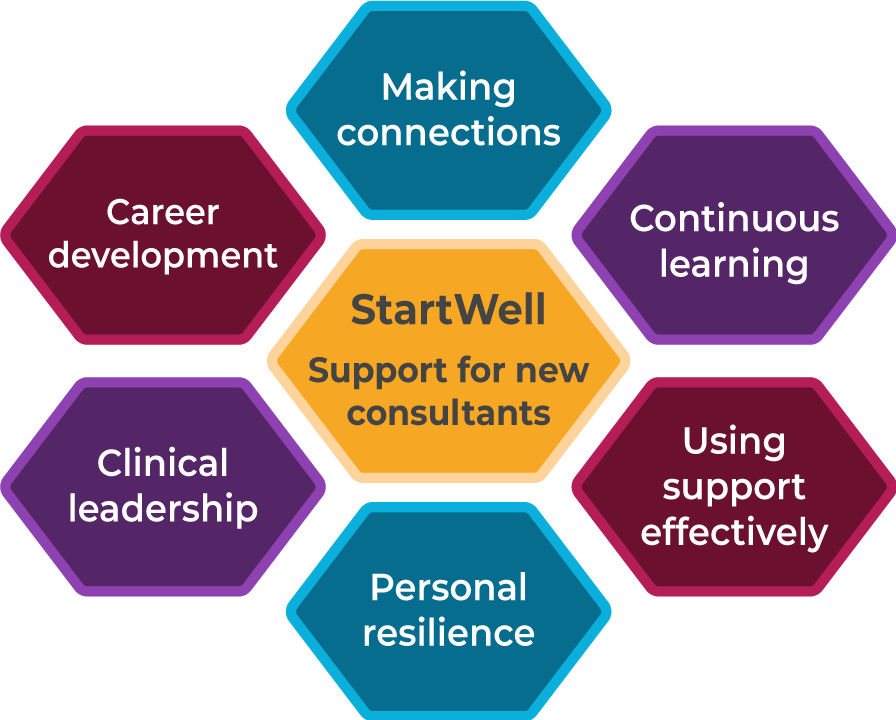 The programme (doc) is exciting and informative, and the speakers are all experts in their field, and will be able to offer life experiences of being a Consultant, and the challenges - as well as the solutions to overcome these challenges - of undertaking this role.

Dr Deepak is a relatively new consultant, having completed 5 years as a Child & Adolescent Psychiatrist in Berkshire. She completed her medical and basic psychiatry training in JIPMER, Pondicherry, India and my specialist psychiatry training with the Oxford training scheme. She has been keen to set up a support system for consultants starting their careers in psychiatry since attending the first college StartWell event in October 2014 and finding it invaluable in shaping the approach to her first consultant post. Dr Deepak has gone on to develop her role further, taken on Quality Improvement projects, a mentoring and educational role within her trust, school of psychiatry and the division alongside providing clinical leadership to a busy and vibrant community CAMHS team.

She has been representing StartWell in the South East Division since 2015 and set up local initiatives within Berkshire. After a successful first StartWell event within the division last year, her and the other organisers of the event have taken the feedback on board to develop an excellent programme tailored for New Consultants, SAS Doctors and higher trainees looking to take on a consultant role.

Paul Rees is the Chief Executive Officer at the Royal College of Psychiatrists.

He joined the College in November 2016 from the Royal College of General Practitioners, where he was the Executive Director of Policy and Engagement.

Paul began his career as a journalist working at the Times, Sunday Telegraph and BBC national network news. A move into communications saw him lead numerous successful campaigns at the Ramblers Association, National Housing Federation, Charities Aid Foundation, and the Home Office.

In his role at the RCGP, Paul led on clinical innovation, research and quality improvement; workforce; devolved councils; local faculties; policy and campaigns; and PR and corporate communications. Working to the ex-RCGP Council Chairs Professor Maureen Baker, and Dr Clare Gerada, he directed the College’s first ever UK-wide campaign, Put Patients First: Back General Practice, which was instrumental in bringing about the launch of NHS England’s General Practice Forward View. The campaign has also secured promises of significant investment in primary care by the governments of Scotland, Wales and Northern Ireland.

Dr Hasanen Al-Taiar is a consultant forensic psychiatrist who holds membership of The Royal College of Psychiatrists (MRCPsych) and is a Senior Member of the Higher Education Academy (SFHEA). He is a GMC (PLAB 2) and a RCPsych CASC examiner. He is the Vice Chair of the Royal College of Psychiatrists South Eastern Division. He works on a secure unit in Oxford which provides specialist mental health input to forensic patients and he also looks after a number of forensic outpatients in addition to his work in prison environments. He is an expert witness and he assists the judicial establishments by giving psychiatric opinions in criminal matters. He is the vice chair of the South of England Section 12 Approvals Panel.

Dr Alison Conway worked as a consultant Old Age Psychiatrist for 20 years and had a variety of roles in postgraduate training. Since retiring from clinical work, she has retained her involvement in postgraduate training and she is currently Training Programme Director for the St Mary’s General Adult & Old Age Training Scheme in London. Together with Simon Michaelson she has run sessions on preparing for ST4 and consultant interviews. She is the Regional Advisor for North West London and has scrutinised many consultant job descriptions in this role. She is also a College Assessor and has attended over 40 Advisory Appointments Committees in London and the South East.

Dr Simon Michaelson trained in psychiatry at Sheffield and The Royal Free and was a clinical research fellow at the University of Manchester. He was an NHS consultant in adult psychiatry at Northwick Park Hospital, Harrow for over twenty years.

He has been heavily involved in teaching and training at both undergraduate and postgraduate levels, receiving a Teaching Excellence Award from Imperial College. He has held various roles including Local College Tutor, College Examiner and Director of the North West London Regional MRCPsych Course.

He is now primarily a Professional Skills Tutor with special interests in communication skills, simulation, CBT and coaching.

There are a number of ways you can pay to register for this course.

Please always read our terms and conditions prior to booking on any event.