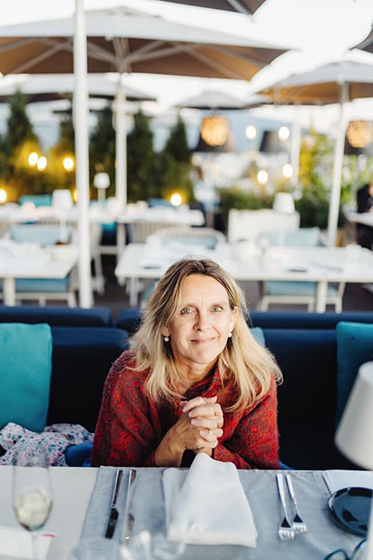 Dr Gwen Adshead is a forensic psychiatrist and psychotherapist. She has spent over thirty years providing therapy across a range of secure hospitals, community and prison settings. Through her role as both a forensic psychiatrist and psychotherapist, she explores the underlying psychological mechanisms that lead to violent behaviour and she works alongside others to rehabilitate and offer secure psychiatric care to some of the most violent offenders in Britain.

Dr Adshead qualified in medicine in 1983 and qualified as a member of the Royal College of Psychiatrists in 1987, before becoming a Fellow of the Royal College in 2005. In addition, she holds 2 Masters’ Degrees; one in Medical Law and Ethics from Kings College London, and one in Mindfulness based Cognitive Therapy from Oxford University. She is a qualified member of the Institute of Group Analysis; and also trained both in mindfulness based Cognitive therapy (MBCT) and basic mentalisation based therapy (MBT). In 2013, she was awarded the Jochelson visiting professorship at Yale School of Law and Psychiatry and honoured with the President’s medal for her work in the ethics of mental health. In 2014, she was Association Professor in psychiatry at Gresham College, giving three public lectures about violence, psychotherapy and ethics in medicine. In 2015, she was awarded an honorary doctorate by St George’s Hospital medical School, London. Her research interests include parental personality disorder amd abnormal illness behaviours, professional ethics and boundaries in mental health, and attachment theory applied to therapy and offending.

In addition to clinical practice, Dr Adshead has authored over 100 academic papers and book chapters and appears as a regular guest on public radio. She also engages in teaching for medical students, psychiatric trainees and psychotherapy professionals. Dr Adshead has co-edited several academic books including Ethical Issues in Forensic Mental Health Research (with Dr Christine Brown); A Matter of Security: The Application of Attachment Theory to Forensic Psychiatry (with Professor Friedmann Pffafflin;  and Clinical topics in Personality Disorder  (with Dr Jay Sarkar) which was awarded 1st prize in the BMA Psychiatric Book Awards 2015. She is also the co-editor of two Oxford handbooks in psychiatry: one in forensic psychiatry (now in its second edition, to be published in 2022) and one in medical psychotherapy.

In 2021, Dr Adshead published her first book for a lay audience; co-authored with dramatist and author Eileen Horne. Published by Faber, The Devil You Know: Tales of cruelty and compassion has received excellent reviews. The book argues for the importance of a compassionate insight into the nature of evil and the value of stories that humanise offenders and correct misconceptions that lead to prejudice and cruelty.

When not working at the job she still loves, Gwen enjoys reading, singing and unsuccessful gardening. She is interested in the concept of free time, and how to acquire it.