The joint winter of The Royal College of Psychiatrists in Wales and The Welsh Psychiatric Society was held in Cardiff on 23 November at the Mercure Holland House.

'It was a truly exciting program, exceptional speakers that really complimented the theme - the future of psychiatry.

There were some excellent abstract submissions in record number, a real testament to medical education in Wales, and continued commitment from members in Wales to review and improve services, and share best practice and new ideas.' 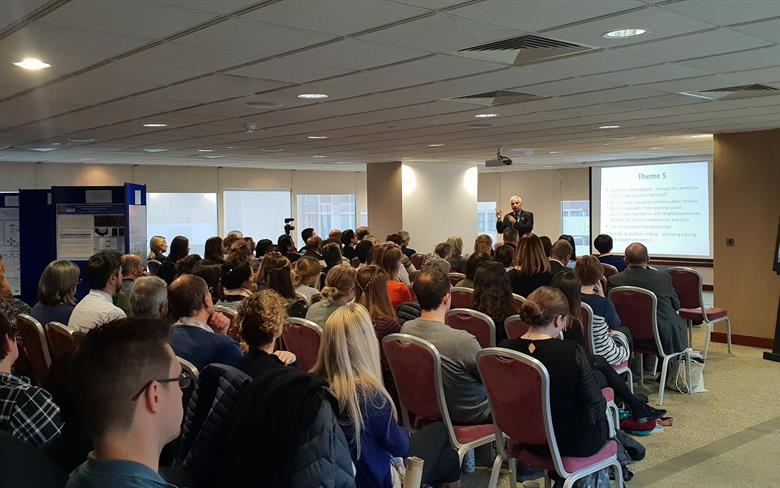 Future of psychiatry in the 21st century: sunny or cloudy? Professor Dinesh Bhugra

Psychiatry as a branch of medicine carries with it certain imperatives and certain expectations. As a profession the discipline of psychiatry is at a truly exciting stage of discoveries. These developments can be seen as biological, psychological, social and public mental health levels. Biological developments include better topography and understanding of brain as well as development of gene-mapping and resulting psychopharmacogenomics. A better understanding of neuroscience of emotions mean that more targeted interventions are possible. At social levels, the impact of globalization resulting into rapid industrialisation and resulting rapid urbanisation needs to be taken into account. Furthermore, geo-political determinants such as climate change, wars and disasters be they manmade or natural contribute to increased levels of migration and often unmanageable levels of refugees and asylum seekers.

Geopolitical determinants affect social determinants such as poverty, overcrowding, changing family structures and changing social support which all determine the onset as well as outcome of many psychiatric disorders. Increased use of and access to social media can influence patient expectations as well as   help-seeking. The use of tele-mental health and apps is increasing globally but the impact has not been fully understood or studied even. New therapies and therapies without therapists mean that people can access therapeutic interventions readily and on the move.

With unprecedented increase in longevity globally, more people are living with complex co-morbidities. These developments also offer an opportunity to develop services which will utilise these advances in a successful manner. The move from asylums to community care to home treatments reflect some of the changes in service development and delivery. Findings from a recent report by the Mental Health Foundation in the UK will be presented along with the report of the WPA Lancet Commission on the Future of Psychiatry. Training needs to change along with resource allocation.

If the doors of perception were cleansed... is schizophrenia a disorder of cellular cleanliness? Professor Ian Everall

Professor Everall’s primary research focus is to investigate the neuropathological changes associated with schizophrenia, major depression and bipolar disorder. This has involved undertaking detailed stereological quantitation of cellular changes & gene expression changes in these disorders and examining various neurodevelopmental pathways & noting abnormalities in the expression of components of these pathways in the brain in schizophrenia. In addition, he has been undertaking in vitro assessments of the cellular and genetic changes associated with antidepressants and antipsychotic medication.

Within the field of HIV and neuroscience Professor Everall identified that HIV infection of the brain resulted in neuronal death, & with colleagues he correlated the pathological changes with neurocognitive impairment.

Recently he has been investigating avenues for neuroprotection and has found that lithium protects against HIV related cognitive impairment.

40 years of psychiatry and how it can inform the next 40. Professor David Nutt

Professor David Nutt has spent over 40 years practicing and researching  psychiatry with involvement in national and international organisations involved in the development of new treatments and improving policies.

David broadcasts widely to the general public both on radio and television; highlights include being a subject for The Life Scientific on BBC radio 4, several BBC Horizon programs and the Channel 4 documentaries Ecstasy and Cannabis Live.

In 2010 The Times Eureka science magazine voted him one of the 100 most important figures in British Science, and the only psychiatrist in the list. In 2013 he was awarded the Nature/Sense about Science John Maddox prize for Standing up for Science and in 2016 an Honorary Doctor of Laws from the University of Bath for contributions to science and policy.

This talk reflected on some key learnings from the different elements of David's career.

Kate has a long-standing interest in training and education. She has been undergraduate Psychiatry lead for Peninsula Medical School and Training Programme Director for Adult Psychiatry. Kate completed a Postgraduate Certificate of Clinical Education with Distinction in 2008. She served on the education, training and standards committee at the Royal College of Psychiatrists between 2010 and 2014 and on the South West Division between 2010 and 2016.

Kate was appointed as CASC (Clinical Assessment of Skills and Competencies) examiner in 2008 and became a lead examiner in 2014. She was Head of School of Psychiatry in the Peninsula Deanery for four and a half years until 2016 when she gave this role having been elected as the Dean of the Royal College of Psychiatrists. In that role she has lead work on recruitment and retention in the mental health workforce and has been the driving force behind #ChoosePsychiatry.

Professor David Nutt delivered the lecture on of the RCPsych president, Professor Wendy Burn. Please click through to watch the lecture.

'words in the community'

Renowned artist, poet and playwright Patrick Jones delivered several inspiring readings and gave reflections of his previous and current work with the College in Wales. 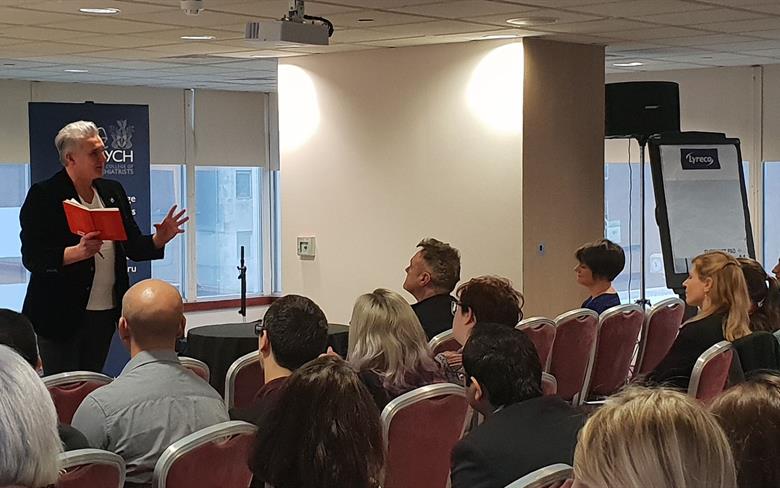 To find out further information on the work of Patrick Jones, RCPsych in Wales' artist in residence, please click through
Future of Psychiatry Programme (pdf)
3805 KB