As part of our blog series celebrating the College’s first South Asian History Month, Dr Parvinder Shergill reflects on her multi-faceted career spanning psychiatry, speaking and film-making – and why she wants to see a turban-wearing superhero on our screens.

Tell us a bit about yourself...

I am a psychiatrist in West London for the NHS, as well as a professional writer, presenter, speaker, actress, and filmmaker. I am a British South Asian woman. My parents are Sikh and were born in the UK. My grandparents moved from India in the 50s to England. I have had an incredible upbringing that has immersed me in two cultures – a British upbringing as well as a Punjabi Indian one. I feel, as so many of South Asian cultures, very lucky for this, as I think I experience the world on two platforms. It has undoubtedly added to the depth and development of my character and life experience.

Where did you begin your journey in mental health?

When I look back on my journey in mental health, I suppose it started when I was about 15 years old. My mum and I would volunteer at a home for those who had autism. While in medical school, I was part of a variety of volunteering schemes for those with additional needs, learning disabilities, and autism. I co-founded a charity where we raised money and sent volunteers to those with learning needs in an orphanage in Romania, which ran for a few years. 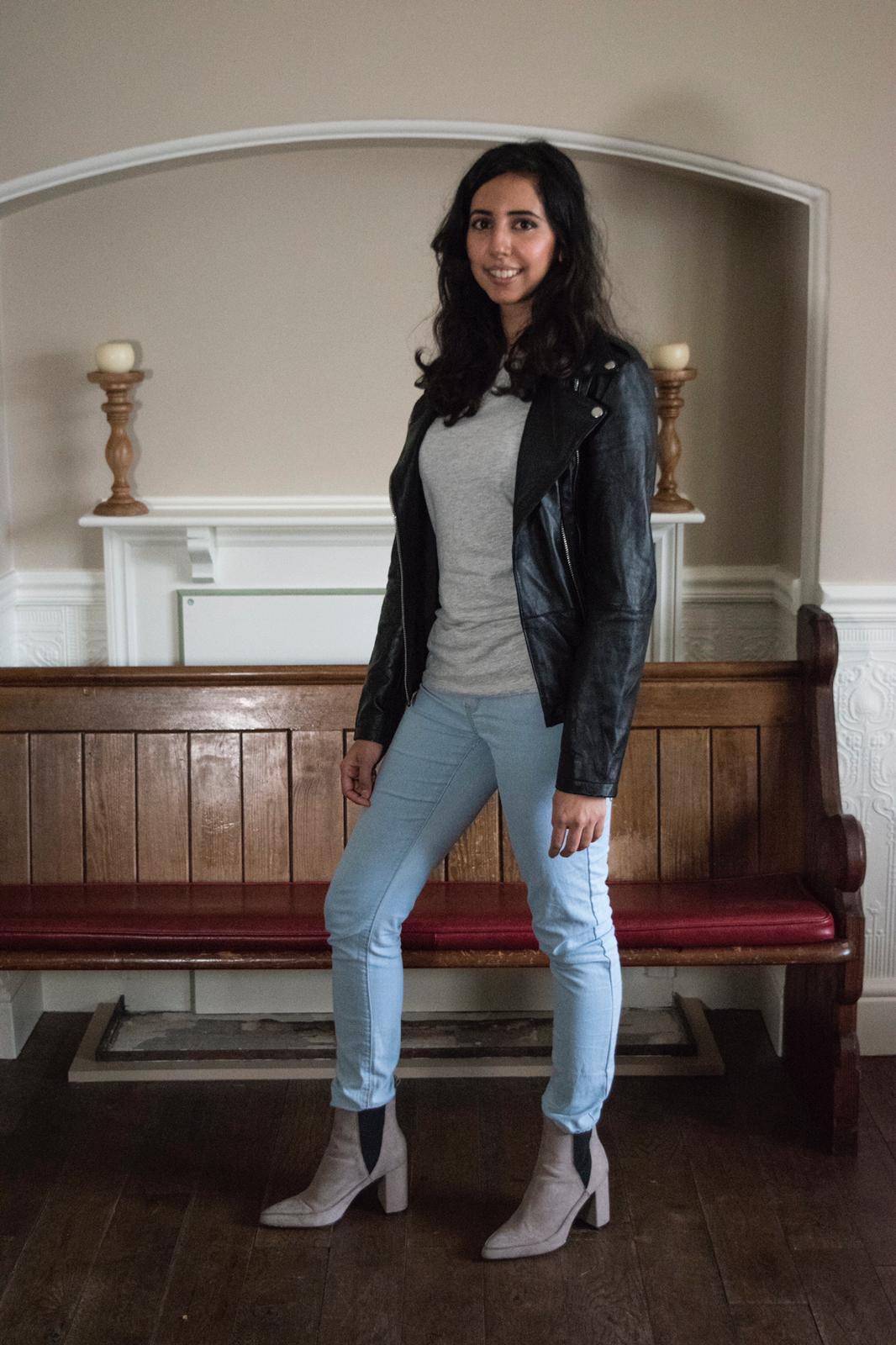 Once I graduated, I was unsure of which speciality I wanted to work in. For a while, I thought obstetrics and gynaecology was very interesting, and while applying for this speciality after F2, I changed my mind last minute to psychiatry.

I had never had a job in my junior doctor years in psychiatry, but something was telling me that I should try it, and a consultant in psychiatry took me aside while I was on my general practice rotation in F2 and said that he thought I would make a great psychiatrist. Therefore, I ended up applying for CT1 in London, and from the first day of the job, I felt as though I had met my kindred spirit. I know that must sound cheesy, but that’s exactly how it felt – I thought I was finally home in my job. And I have never looked back!

Being of South Asian heritage, how do you feel this has affected your journey to becoming both a psychiatrist and a filmmaker?

I think my having a South Asian heritage has sculpted me into the woman that I am, as well as the psychiatrist and filmmaker.

I have learnt a great deal of discipline, patience, determination, and thirst for trying new experiences from my heritage and upbringing. I certainly don’t think I would have accomplished as much as I have if it wasn’t for my family and watching them all work hard in a country different to their ancestors, wanting to learn continuously and better themselves with knowledge.

My parents instilled in me from a young age that their parents came to the UK for better opportunities, and that I have the privilege in Britain to be anything I want to be, which is why I became a doctor and filmmaker. I think these opportunities would have been harder for me had my parents not provided me with the education I received in the UK compared to India.

I have learned gratitude and meditation from attending the Gurdwara (our religious temple) and watching my grandmother pray every morning. Sometimes, in Western culture, we move so quickly that we forget to embrace what we have in this present time, especially as a psychiatrist – you are always moving onto the next case without the ease of reflection.

My heritage has taught me to appreciate what we have with the little we have around us, which I am so grateful for. This has kept me sane amid work pressure.

My work in filmmaking is so incredibly important, as I have the privilege of being able to write scripts concerning mental health from the perspective of a South Asian living in the UK. This always makes for a more fascinating and rich script – it makes it real and raw. These storylines need to be heard; as we know, life is different for all, in whichever community you are from.

I feel I can also be a figure for my South Asian community to help raise awareness of mental health and reduce the stigma, which is still a massive issue for those from ethnic minorities. I also feel that creating roles for South Asian leads in British films helps raise awareness of diversity in the film industry, which we know is a huge issue currently. I want to be part of this change, not just as a psychiatrist to help raise awareness for mental health, but also to help be part of the industry movement to reduce stigma on screen.

Do you think there is enough awareness and appreciation of South Asian culture in Britain? What changes would you like to see?

I think there could be a lot more to be done to raise awareness and appreciation for South Asian Culture in Britain. Some simple steps could be allowing the opportunity for South Asians to have lead roles and managerial roles across all professions. South Asians need to be represented more in film, TV, and theatre, which is why I currently have every lead in my work represented by a South Asian creative. I hope the creative industries use this time of reflection in the pandemic, to think of creating these storylines and roles without stereotyping South Asians – to understand that you can live in Britain, be British but also have a South Asian heritage.

When we look all around us, even as psychiatrists, we see a vastly diverse range of ethnicities. Therefore this needs to be represented in the workplace – any workplace.

Is there anything significant in your culture that you would like to see become more mainstream? Anything from a proverb to a household object...

This is a very interesting question. I probably would have to say a turban. My dads wear a turban every day, as do many of the men in my family. For me and to so many South Asians individuals, this is normal – a way to dress. I would like this to be more normalised in the mainstream media, from having a news reporter wearing a turban, to having a superhero in the film wearing one! Why not?

Tell us a little about the recent projects you’ve been working on.

I have been working on my own films as well as being cast in others’ work. One film, in which I was cast as the lead actress, is called Ticking That Box. This film is unique, as it firstly has a lead role as a woman and secondly that leading role is a South Asian woman! That is very rare in film.

The film has an incredibly diverse cast and crew and focusses on the important topic of diversity in Britain. It is such an essential piece of cinema, as it directly addresses the issues we are currently facing with racism, stereotyping, lack of equality and inclusion in the workplace. These conversations need to be had, rather than shying away from them.

We need to remember to represent all heritages and cultures and honour them in our work. Ticking That Box does this, asking simple questions as to why there is such a lack of diversity. 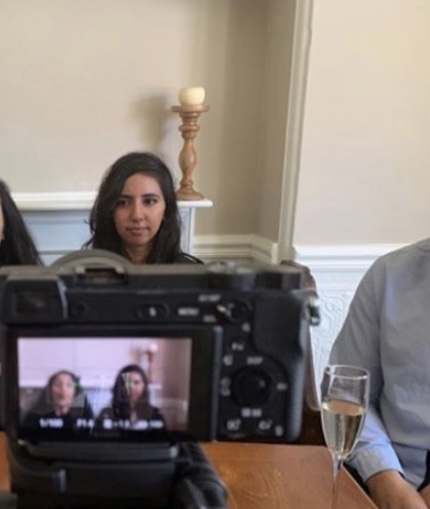 I have also been cast in a British feature film called Anonymous, as one of the female leads, a character that is from a South Asian background with an interesting storyline. The film concerns addiction and mental health. As well as being one of the lead actresses, I am one of the producers for this film, which I hope will help the South Asian community to talk about mental health and to seek help if needed.

How can we celebrate South Asian History Month and honour the people who are part of the community?

I think we should celebrate South Asian History Month in the way we would celebrate other parts of history– by supportive posts online, writing articles, and remembering that it is isn’t just a month to think about South Asian history, but to remember that we need to be part of the change, in being more diverse in the workplace and remembering to give equal opportunity to those from this heritage.