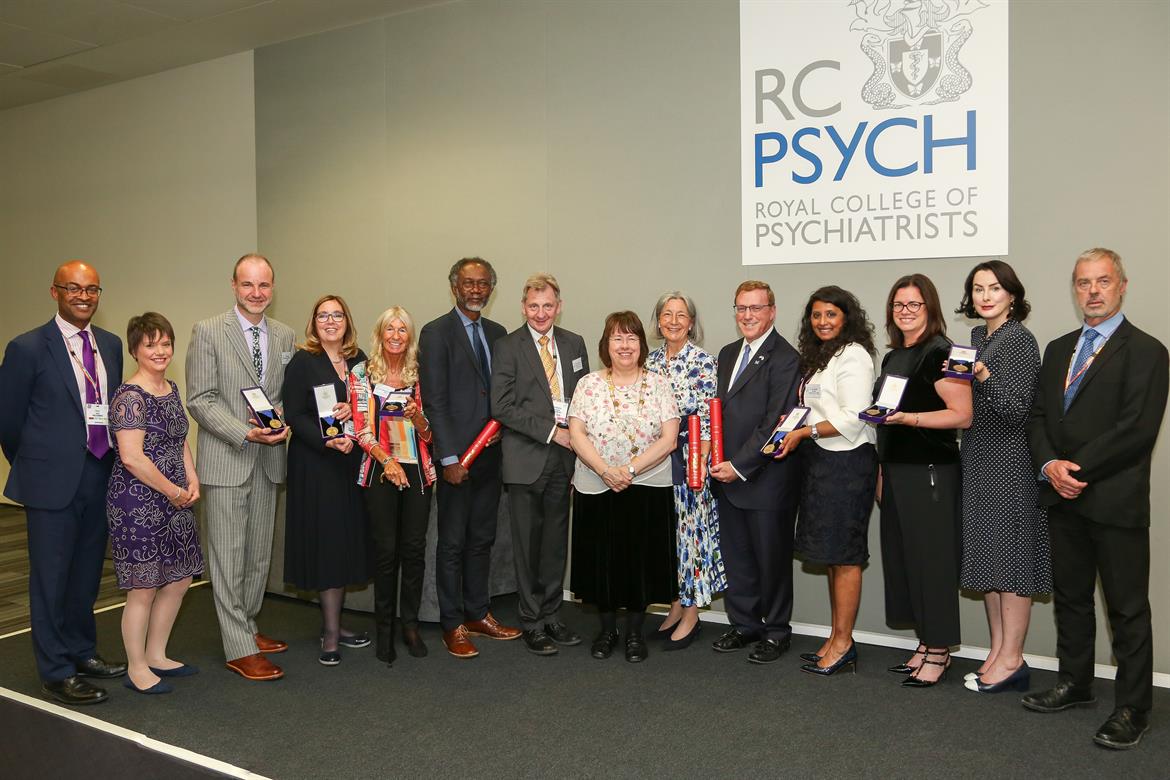 President medal winners and Honorary Fellows were presented with their awards at a glittering presentation ceremony during RCPsych's International Congress tonight. (Weds)

Our President Prof Wendy Burn handed out the awards, while Femi Oyebode, our psychiatrist of the year in 2017, received an Honorary Fellowship and spoke on behalf of all winners to thank the College for the award.

Each year the President and the nomination committee nominates up to seven medal winners and up to five Honorary fellows.