Looking back to the formation of local divisions and proposals to extend the membership to include female professionals.

Up to 1894 the Medico-Psychological Association had no divisions other than an Irish and a Scottish Division.

At the 52nd Annual Meeting of the Association held at Buxton in July 18931 the meeting was asked to approve a new set of rules proposed by the Rules Committee. There were several complaints. One was that the rules should address (and reject?) the election of female members. In addition, Dr MacDonald, the Medical Superintendent of Dorset County Asylum in Dorchester asked that the discussion be postponed.

“...they must try and see if there was not some way in which they could throw fresh life into the Association.”

He himself lived in the South of England, and always strove to attend these meetings, but it was at great personal sacrifice and at great inconvenience to other people. If they could see a way to form provincial branches and have local secretaries, he thought fresh life would be thrown into the Association and good work done. He thought this was a special point the Rules Committee ought to thresh out. He therefore moved that these rules be postponed until a future meeting of the Association and for special discussion.

The motion was seconded by Dr Turnbull, but the President James Murray Lindsay argued against this idea being part of the current debate.

“with regard to Dr Macdonald's suggestion, it is hardly a question for the Rules Committee to deal with. It should be specially dealt with by the Association on the advice of the Council and should not be brought in by a side wind.”

The idea was further discussed at the adjourned annual meeting held at Chandos Street on 10 November 18932 when the proposed rules and the formation of Divisions were discussed in detail. First the President proposed:

“That for the better working of the Association local divisions be formed, and that the Committee on the Rules be asked to amend their proposed rules, so as to carry this into effect.”

“…his argument was that England was too large an area to cover, and it was not possible to fix meeting places at centres which would be convenient to more than a third of the members. Even if they did attend, it meant a great inconvenience, sacrifice of time, and great expense - he was not referring to annual meetings, that was a totally different thing. He thought if the divisions were formed many members, who had not at present joined, would be induced to attend, and, above all, that large body of members, the assistant medical officers, would have an opportunity of attending meetings and making contributions, which opportunity was not now given to them, because of the inaccessibility of the meeting places. … It was proposed also that each division should nominate an Honorary Divisional Secretary, who would be in touch with the members. It was quite impossible for Dr. Beach, [the Association secretary] at the present moment, to be in touch with all the members. … The Divisional Secretaries would be able to stimulate the young members to work for the good of the Association, and fresh life would be thrown into it in many ways.”

His suggestion was to divide England and Wales into two divisions of North and South by a line from the Wash to the Bristol Channel. The line of division was debated and it was suggested that four divisions were needed. It was pointed out that the proposal also allowed the creation of Colonial divisions. After debate the proposal for divisions was carried with the suggestion that any division appointed a Secretary who would be an ex-officio member of council and could elect such representatives to serve on council as the Association later decided.

At this same meeting the attempt to amend the proposed rules to allow only men to be members of the Association, was defeated. Despite opposition the first woman, Eleonora Lilian Fleury, was admitted at the Dublin Annual meeting in June that year.

The rules for Divisions were debated in detail at the next meeting in February 1894 in Oxford3 when a South West division is first mentioned, along with a South East and a Northern Division.

On 31 July 1894 at a meeting in Bristol, the President Conolly Norman who was also head of the Irish Division announced that the Council proposed to rent a room in London for the Association at 11 Chandos Street, and that a South Western Division should be formed with Dr Macdonald as the Honorary Secretary of the Division. The proposals ‘were unanimously accepted.’

So, the South West Division appropriately started with a motion passed in Bristol on 31 July 1894 and characteristic of the area became the forerunner of others. At the same time the Association acquired its first base.

The first meeting of the South West Division 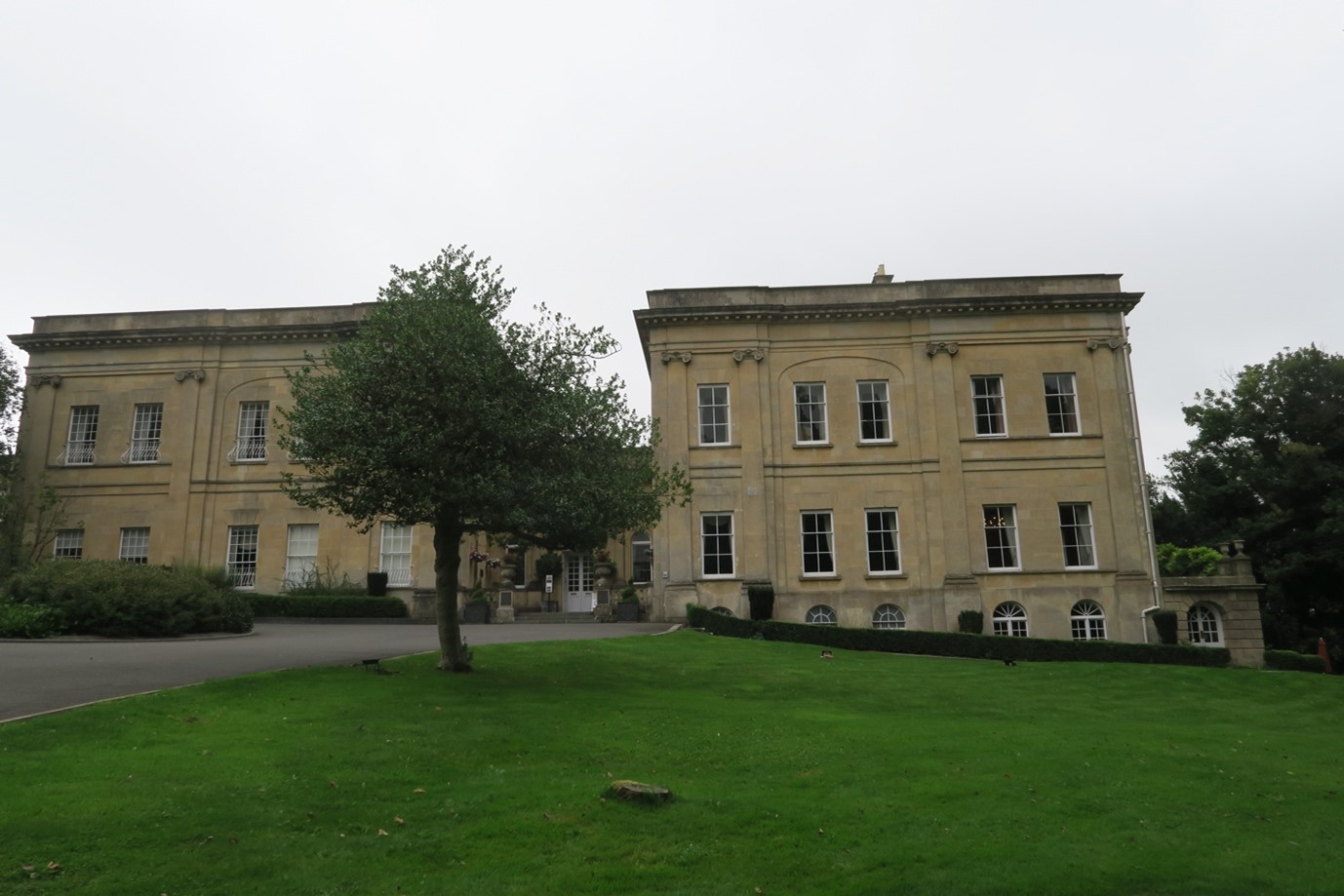 The first meeting of the South West Division occurred at Bailbrook House Asylum, Bath on 13 December 1894, hosted by Dr Weatherly. Dr MacDonald was absent due to illness. The people attending that first meeting were:

The chair for the meeting was David Nicholson. In accepting the role he said that:

"(he) hoped that in endeavouring to inaugurate a fresh departure in England on behalf of the Association they might, at any rate, be so far successful as to encourage other districts to follow the lead which they in the Southwestern Division had given."4

Two papers were presented and they dined at the Bath Pump Room afterwards.

The next meeting was held on 4 April 1895 at Bristol City Asylum when Dr MacDonald was formally elected as the Honorary Secretary of the Division.5 It then appears to become a twice-yearly meeting with one around Bristol and the other elsewhere in the area.

Where the South West leads the College follows. After a couple of years, the Council agreed to the formation of two other divisions and for each division to have a management committee. The Northern and Midland Division had its inaugural meeting in Sheffield in March 1897 and the South Eastern division at Cane Hill in April the same year.

In the Spring meeting of the same year the South West Division elected a management committee of 6 members to work along the Secretary.

The initial area covered by the South West Division was over twice that now covered, as there were only three divisions. The area only shrunk with the formation of the Royal College of Psychiatrists when the present 7 divisions were created to cover the previous three with each division [other than the South West] covering two regional health authorities.

The Division 50 years ago

The autumn meeting of 1971 reflected the area covered by the historic South West division – it met in the Royal Naval Hospital in Gosport – ‘it was the first time the Royal Navy had been host to the Division’. Fifty-five members attended and heard five papers delivered by Naval personnel on topics such as the psychology of being in submarines, alcohol and the navy and stress as a predictor of schizophrenia in the navy. The meeting disputed the instruction to arrange the election of a Chairman, Secretary and members of the Division Executive Committee for the next meeting according to the procedure laid down in the new regulations, saying there were no regulations on the procedure for appointing members!

The next meeting was held in Brentry Hospital in Bristol. The SW division came to cover Gloucestershire, Wiltshire and Dorset and everywhere to the southwest including the Channel Islands.

The driving force for the creation of the South West Division was Dr Peter William MacDonald, M.D.

We know little about him other than he was born in 1857 in Banffshire, the son of a farmer. He received his MB from Aberdeen in 1879 and MD in 1886 and was assistant officer of Cheshire County Asylum before becoming Superintendent of Dorset County Asylum in Dorchester. He there married in 1887. He was secretary of the Division from 1894 to 1905 and became president of the College in 1907. He retired to Weymouth where he died in 1934.

Another person working in the committees and advocating for the South West Division was Dr Lionel Alexander Weatherly who hosted the first meeting. A Bristol man he practiced in Portishead for 13 years as a GP and Coroner, running his house as a small asylum before taking over Bailbrook House by Bath in 1886, which he ran until 1907. Later, he was at times joined as joint licence holder by Charles Spencer Cobbold (ex med Supt of Earlswood Idiot Asylum), Murray Lindsay [President 1893] and Ernest White [President 1903]. He wrote extensively for popular consumption and shows a lot of humanity in his books such as A Plea for the Insane. His main fame in the South West was his creation of the Winsley B Sanatorium (see Bradford on Avon Museum website)