The Committee aims to meet up to four times a year. The maximum term for the elected officers (Chair and Financial Officer) is four years.

All other appointments to the Committee are non-tenured and by invitation, and the Executive welcomes expressions of interest from members who would wish to play an active role in the planning and running of this Special Interest Group. 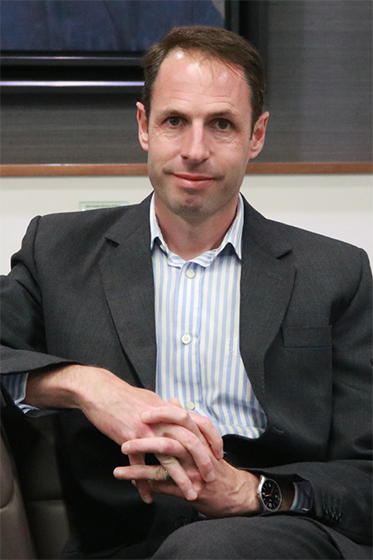 Darren is a consultant general adult psychiatrist who has served in the Royal Navy since joining on a medical cadetship in 2001. He is currently the Defence Consultant Advisor in Psychiatry, and he provides expert clinical and clinical policy advice across the Armed Forces, as well as professional leadership of the speciality, to support an occupationally focused mental healthcare service for all service personnel.

He has previously deployed as a Ship’s Medical Officer to the Middle East, Caribbean and Falkland Islands, currently holds the rank of Surgeon Captain and his qualifications include the diploma in occupational medicine. Darren has lead the Department of Community Mental Health in HM Naval Base Devonport, where he continues active clinical practice. He has also undertaken staff appointments as the Medical Officers’ Career Manager and in occupational medical policy, and has completed the Advanced Command and Staff Course.

In June 2022 Darren assumed the Chair of the Occupational Psychiatry Specialist Interest Group. He advocates the importance of good work for mental health and believes that supporting an individual’s occupational function is a key aspect of holistic clinical care. Darren is also a member of the South West Division Executive and is the Deputy Regional Advisor for Peninsula and Channel Islands. 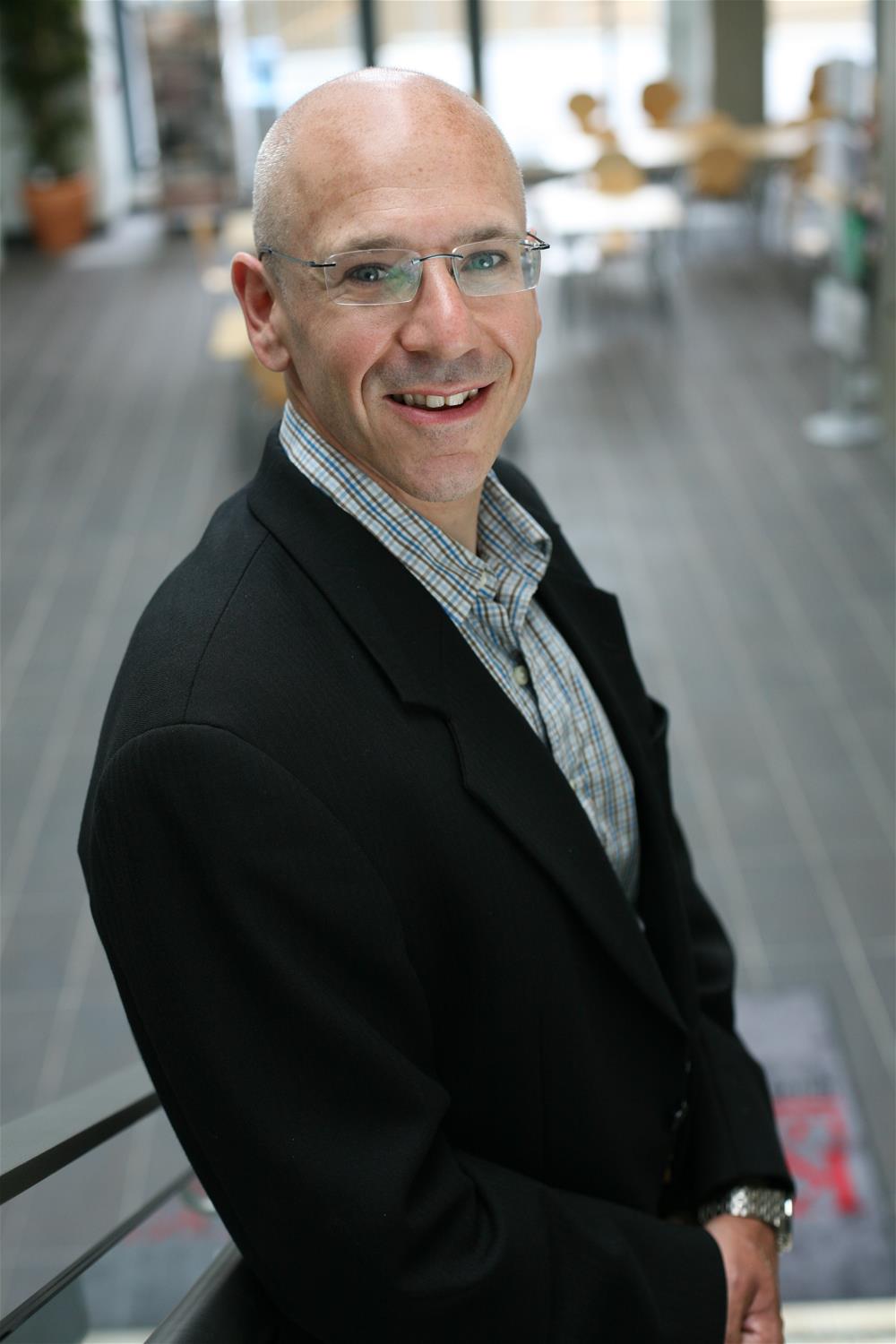 Professor Neil Greenberg is a clinical and academic psychiatrist based at King’s College London UK. He is a specialist in adult, occupational and forensic psychiatry. Neil served in the United Kingdom Armed Forces for more than 23 years deploying as a psychiatrist and researcher to a number of hostile environments including Afghanistan and Iraq. At King’s, Neil is a senior member of the military mental health research team and a principal investigator within a nationally funded Health Protection Research Unit which investigates the psychological impacts of trauma on organisations. Neil also runs March on Stress (www.marchonstress.com) which is a psychological health consultancy and has previously chaired the Royal College of Psychiatrists (RCP) Special Interest Group in Occupational Psychiatry as well as leading on the World Psychiatric Association’s Position Statement on Mental Health in the Workplace.

Neil studied medicine at Southampton University and graduated in 1993. He served as a general duties doctor in warships, submarines and with two Royal Marines Commando units. Whilst serving with the Royal Marines he completed his arctic warfare qualification and the All Arms Commando Course, earning the coveted Green Beret.

Neil provided psychological input for Foreign Office personnel after the events of September 11 2001 and in Bali after 12 October 2002 bombings and has provided psychological input into the repatriation of UK nationals who have been kidnapped. He has also assisted with the aftermath management of number of other significant incidents including assisting the London Ambulance Service in the wake of the London Bombings in 2005 and oil workers after the 2013 In Amenas terrorist incident in Algeria. During the 2020/21 Covid-19 crisis, Neil was a member of the Public Health England expert reference panel and has, and continues to be an advisor for NHS People wellbeing/recovery team. He also established the mental health support plan at the London Nightingale Hospital in 2020.

In 2008 he was awarded the Gilbert Blane Medal by the Royal Navy for his work in supporting the health of Naval personnel through his research work. He also led the team that won a military-civilian partnership award in 2013 for carrying out research into the psychological health of troops who were deployed and was shortlisted for The RCP Psychiatrist of the Year in 2015. He was awarded an RCP Presidential Medal for his work with trauma and veterans in 2017 and he led the mental health team that won the RCP Team of the Year award for Working Age Adults in 2021.

Neil has published more than 300 scientific papers and book chapters and regularly presents to national and international audiences on matters concerning occupational mental health, the psychological health of Armed Forces personnel and the organisational management of traumatic stress. He has been the Secretary of the European Society for Traumatic Stress Studies, the President of the UK Psychological Trauma Society and Specialist Advisor to the House of Commons Defence Select Committee. He is the current Royal College of Psychiatrists’ Lead for Trauma and the Military is also a trustee with the Society of Occupational Medicine and Faculty of Occupational Medicine as well as being a principal advisor for Hostage International. Neil was also part of the National Institute for Health and Care Excellence team which produced the 2018 PTSD guidelines.

Dr John Sterland is a Consultant Occupational Physician for West Hertfordshire Hospitals Trust, and other sectors. He had many years as a GP before specialist training at Kings, and has a special interest in developing a common understanding and approach to stress. He conducted a webinar “Setting Shaping the Stress Consultation” for the Society of Occupational Medicine in February 2020, which can be viewed through the SOM website. In his opinion the issues are pervasive and complex and would benefit from interdisciplinary ventilation.

Derek Tracy is the Medical Director of West London NHS Trust. He’s a Senior Lecturer at King’s and University College London, and has published over one hundred and twenty peer-reviewed scientific papers and fifteen book chapters. His research interests include New Psychoactive Substances (‘legal highs’) and Derek is a member of the Advisory Council on the Misuse of Drugs that advises the Home Office on drug harms. He is the editor for public engagement at the British Journal of Psychiatry, writing its Kaleidoscope and Highlights columns. He likes enthusiastic people, running, and the Stone Roses; he hates butter, whinging, and cats. 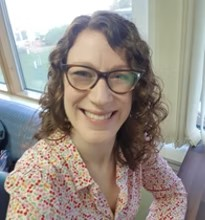 Dr Hester Mannion is a psychiatry Core Trainee in London. Prior to studying medicine she trained and worked as a secondary school English teacher, and worked for seven years with charities in London supporting street homeless and vulnerably housed people.

As a medical undergraduate Hester published articles on Leadership and Followership theory which marked the beginning of her interest in behaviour and engagement of professionals in clinical environments. She is developing a special interest in wellbeing at work and helped to organise a webinar focusing on mental health of teachers as part of the 2021 RSM conference series ‘Transforming mental health in schools’.  She is currently working towards her diploma in occupational medicine.

Asha Pook has worked in General Adult Psychiatry for over 25 years. Most of this has been in an occupational context within the UK Armed Forces community mental health teams in the UK and abroad. Being a Medical Officer in the Royal Air Force has engendered an interest in aviation psychiatry, leading to establishing a bespoke service for all MOD aircrew and air traffic controllers. Having completed the Diploma in Aviation Medicine, Asha is involved in projects and policy across military and commercial aviation.

Dr Langford undertook his psychiatric training in London and Oxford, and has been a Consultant in General Adult Psychiatry since 2018. He worked on female and intensive care psychiatric wards in the NHS before moving to independent practice in 2022. He undertakes occupational psychiatry assessments with patients from a range of backgrounds. He is a Member of the Royal College of Physicians, a Member of the Royal College of Psychiatrists, holds a BSc in psychology, and is due to undertake the DOccMed course later in 2023. He also enjoys working as an expert witness and is a past winner of the RCPsych Morris Markowe prize for public engagement.