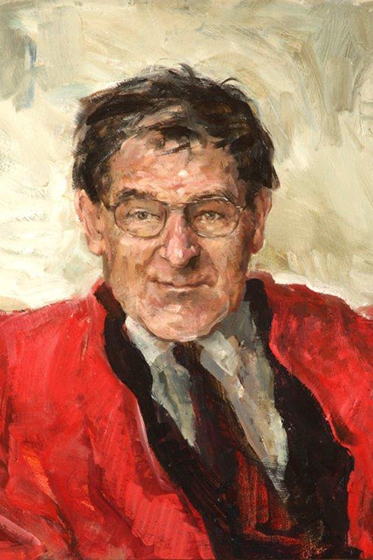 He studied medicine at the Oxford Medical School followed by post graduate training at The London Hospital and Makerere University in Kampala. On return with his family from Uganda in 1974 he continued his research and clinical work in the fields of Postpartum Mental Illness and Transcultural Psychiatry.

He was appointed Foundation Professor of Psychiatry at Keele University in 1986 having worked for eleven years as Senior Lecturer in Edinburgh University’s Department of Psychiatry where he developed the Edinburgh Postnatal Depression Scale (EDPS). The EPDS has been translated into over 60 languages and is currently widely used in community research. At Keele a strong post graduate department emerged in collaboration with the National Health Service (NHS) and gained a reputation for its training of overseas doctors, many of whom took the taught Masters degree and some a research MPhil.

He became a College member by examination (with exemptions) in 1973. He was awarded an Oxford Doctorate in 1978 for his pioneer-controlled study of Perinatal Depression in a semi-rural community in Uganda. His interest in Transcultural Psychiatry, and in the holistic body/mind/spirit approach to psychiatric practice was enhanced by his work abroad and influenced also by the writings of the Swiss physician Paul Tournier. From experience in East Africa during the political turmoil caused by Idi Amin he developed a greater awareness that good institutions were fragile and all forms of institutional discrimination must be recognised and corrected. Lord Patel was invited to conduct a review of College structures to determine the extent of any institutional racism in the College during his time.

The College was increasingly regarded as an international organisation, and in 2001, with the European Region of the World Psychiatric Association, the Millennium was celebrated in a Festival of Psychiatry and the Arts. The International Board chaired by Hamid Ghodse was established

Devolution of College structures was encouraged during his time as Dean and President, and more direct links established with User Groups with their greater representation on College committees. The Perinatal Special Interest group was initiated, and Professor Cox was the first Chair of the newly established General Adult Psychiatry Section.

His approach to the three-year term as President was collegial and inclusive. The College at that time exercised through Council, Court of Electors and the Education Committee’s considerable direct responsibility for the quality of the delivery of training and the approval of training posts.

Professor Cox was elected Secretary General of the World Psychiatric Association for a six-year term in 2002 and awarded an Honorary Doctorate at Uppsala University in 2020. He was an elected President of the International Marcé Perinatal Research Society, and made an Honorary Fellow of the South African College of Medicine, the Royal College of Psychiatrists and a Foundation Fellow of the International College of Person Centrered Medince. He continues to write and is currently Senior Editorial Adviser to the Editorial Board of BJPsych -International.