Denis was born in Bristol where he grew up with an absentee father.

He attended Cotham School where he excelled in art and went on to study at the West of England School of Art. He enrolled at the Royal College of Art in London in 1938 along with his best friends from Bristol, Richard MacDonald and John Elwyn, with whom he shared digs.

Initially a conscientious objector he eventually joined as a Sapper and spent much of the war in Rauden with other artists in the map production unit. Returning to London he married in 1947 but the marriage lasted less than 5 years.

Denis painted and drew throughout his life and even when in hospital drew and sketched prolifically on any material he could obtain – a Christmas card he printed is said to have been made using lino he cut from the ward floor! His hospital work gives a telling insight into the life of patients not shown in official descriptions, and reveal a life little changed from the 19th century.

In the airing courts 1 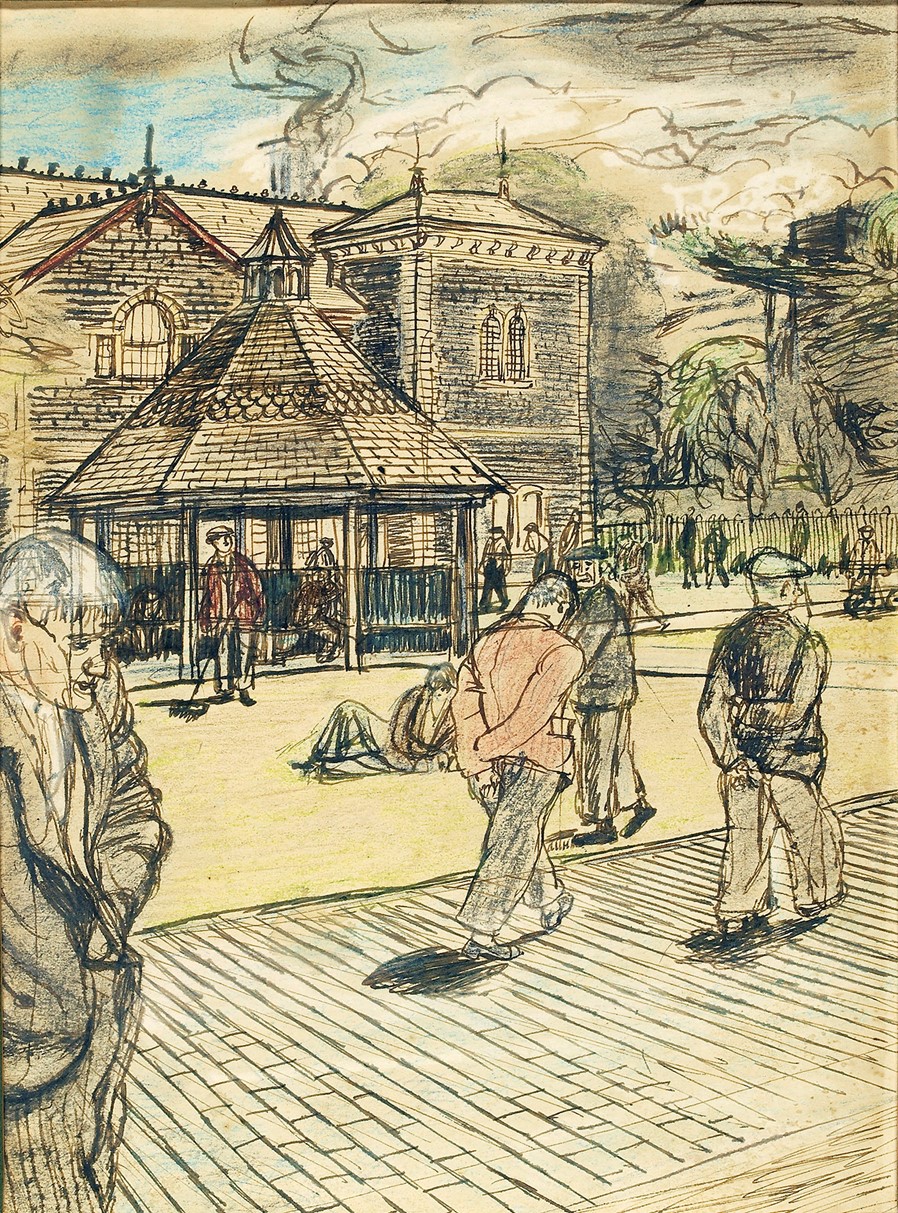 In the airing courts 2 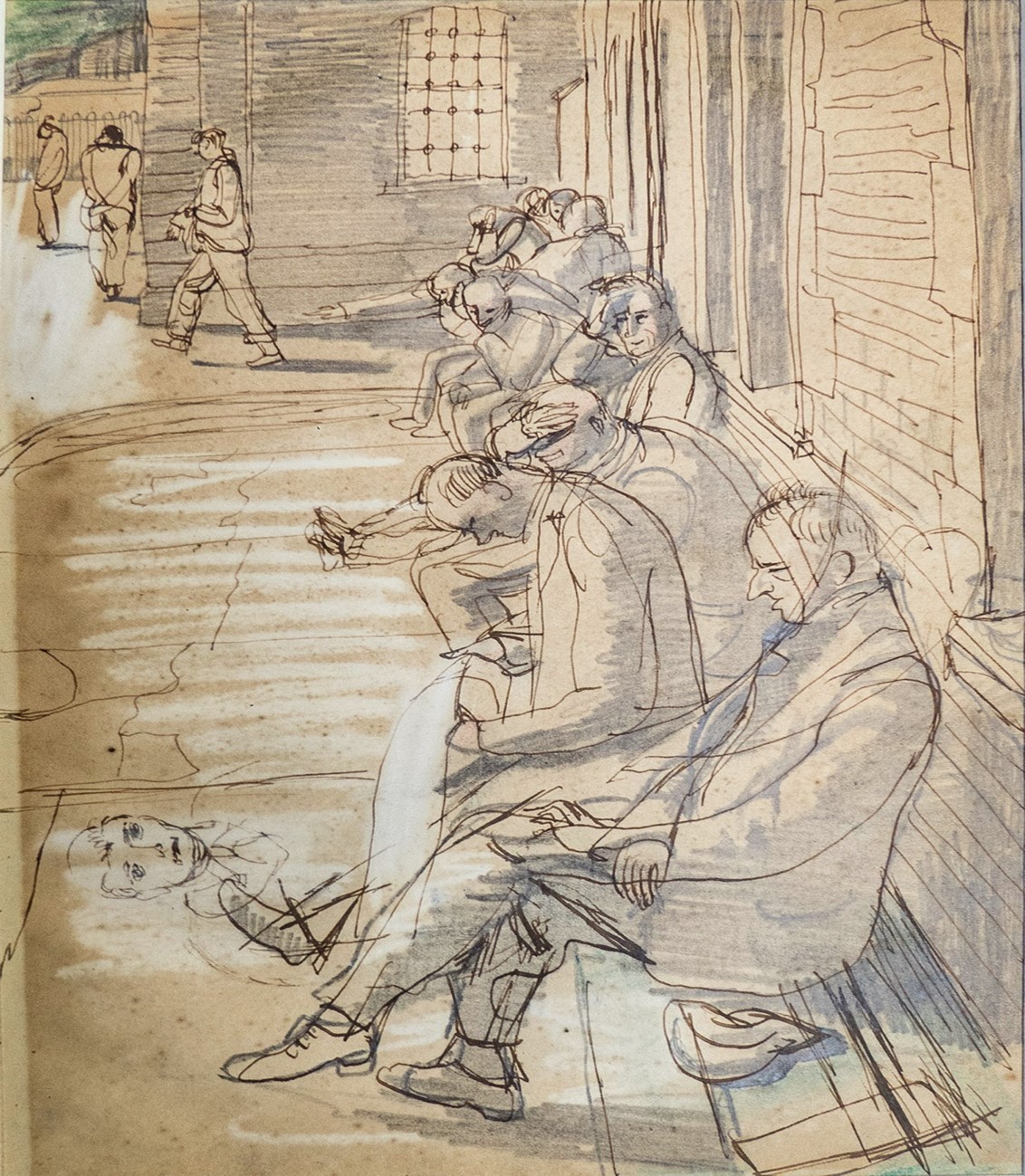 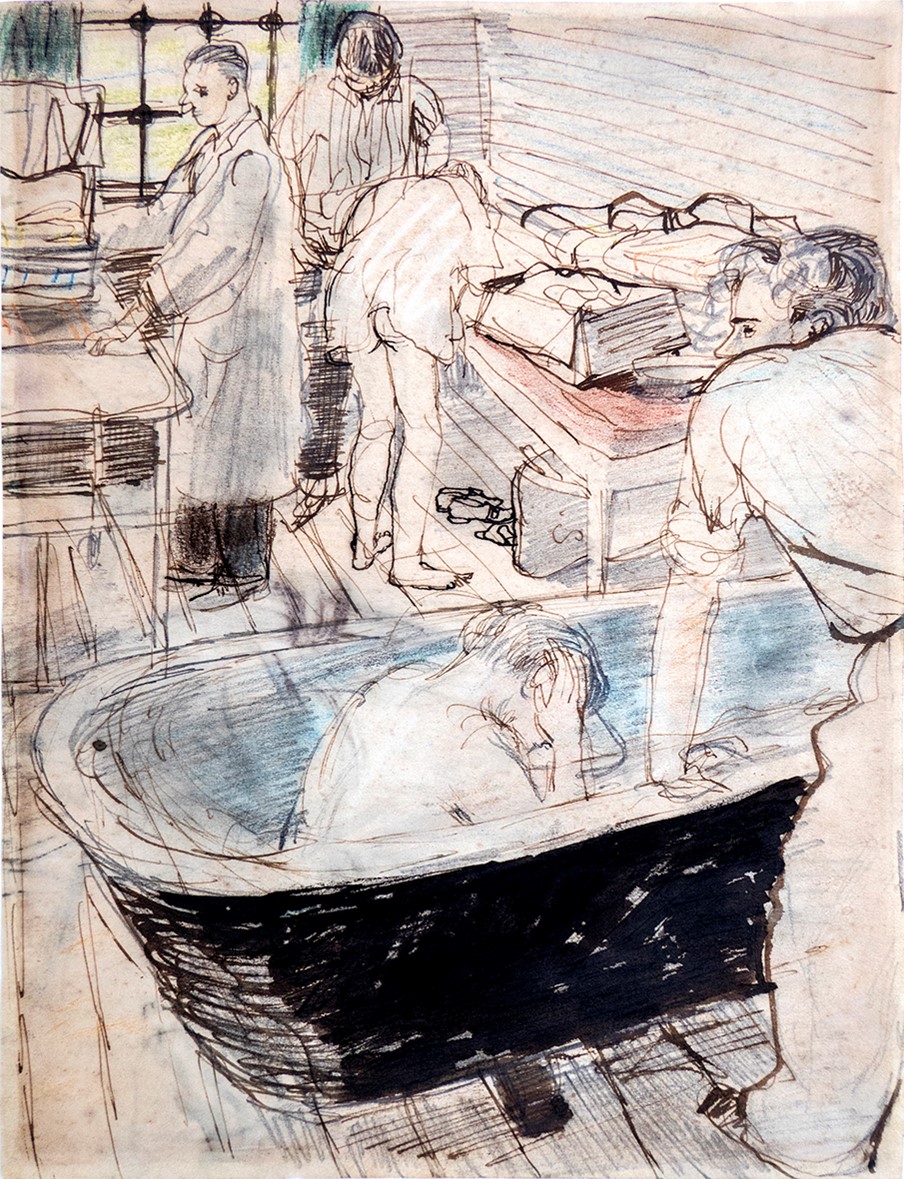 Passing time on the ward 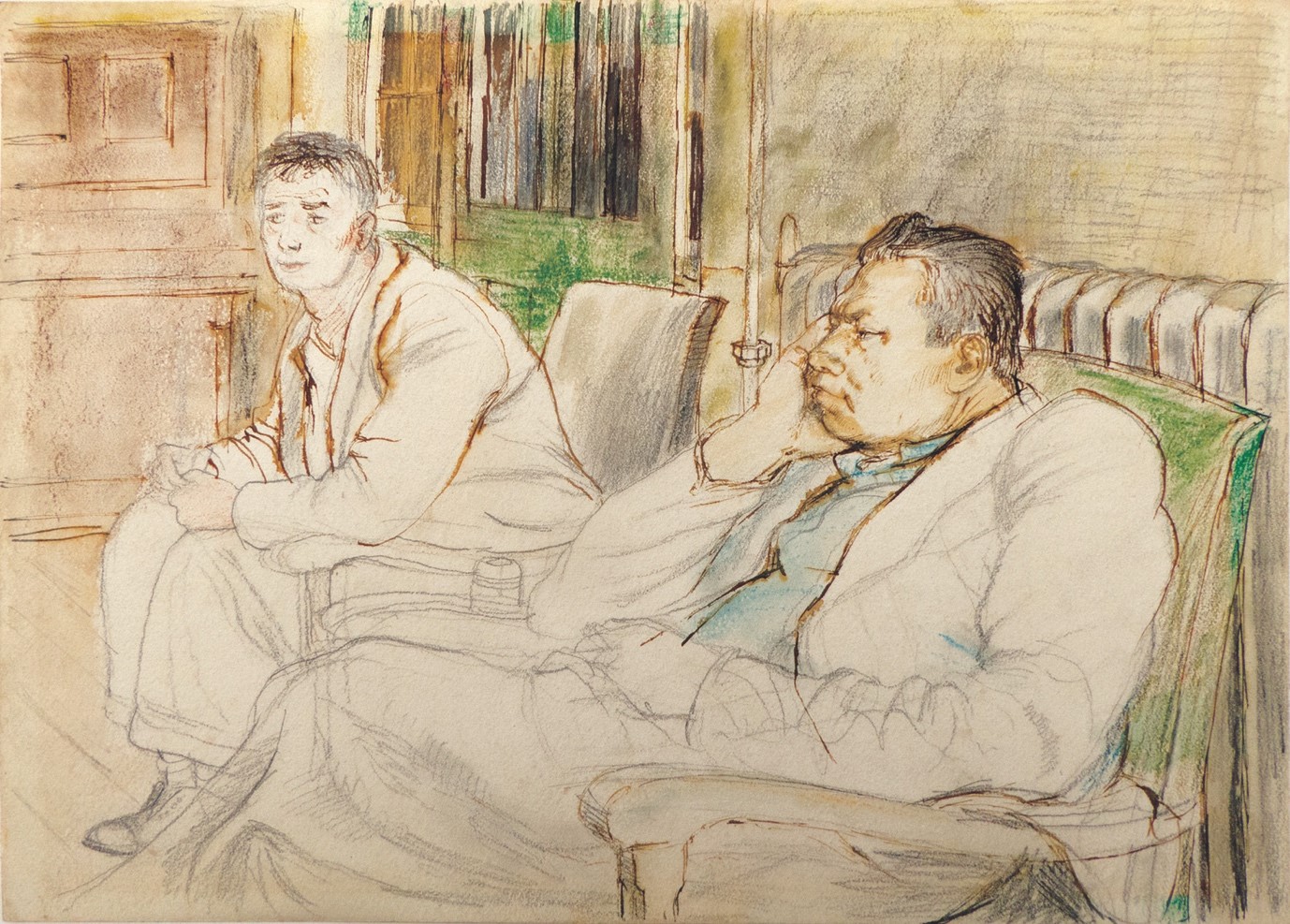 You can also browse their gallery including more of his drawings.

Glenside have published a booklet on his life: Denis Reed: Portrait of an artist