It’s been quite an exciting first few weeks for Dr Liz Dawson in her role as a POA Consultant in the Southern Trust’s Gillis Memory Centre. Sitting at her desk on a Friday morning, Liz can finally reflect on a long journey that has seen her move from the role of Specialty Doctor to Consultant. However, there is a lot more to Dr Dawson than just her clinical role.

Liz has been Chair of RCPsych NI’s SAS Committee since 2016, as well as a College Assessor and Mentor. In July, she will assume the role of RCPsych NI’s Finance Officer. Whilst, previously, in the Northern Trust, she was the SAS Lead, together with Foundation Educational Supervisor. And, let’s not forget, in November last year she received the ultimate accolade from her peers when she was awarded UK SAS Doctor of the Year by the College in Prescot Street.

As ever, Liz is affable, unassuming and willing to talk when we caught up with her on Friday morning. Looking back on her first weeks as a Consultant, she is upbeat.

“It’s been excellent so far,” she said. “The staff have been more than welcoming – although the fact that we are all wearing masks can make identifying new colleagues quite challenging, I must admit. I have both Dr Chris Southwell and Dr Lauren Megahey working with me and I have known them for a long time, so I do feel very comfortable.” 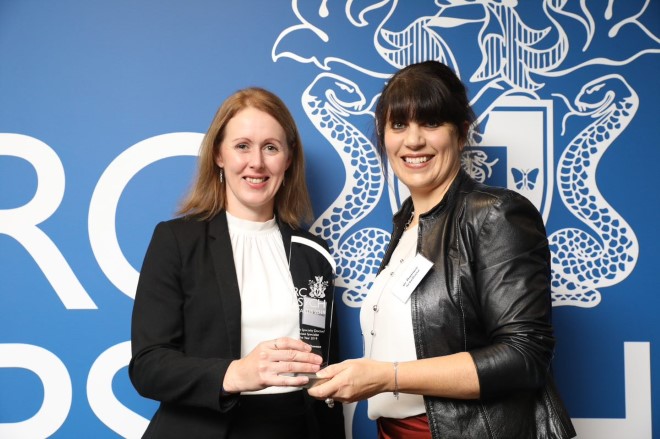 Dr Dawson feels that the change in role has presented her with a valuable development opportunity.

“The Consultant post is something that I have been waiting to embrace,” said Liz. “I consider myself to be enthusiastic and this position will enable me to expand on my interests, particularly in quality improvement, which is my passion.”

Previously, Liz had worked as a Specialty Doctor in the Northern Trust for eight years. Hailing from Ballymoney, County Antrim, Liz finished her medical degree at Queen’s in 2007 and then completed her Core Training in psychiatry. Her anticipated path through Higher Training was shortened though when family circumstances changed.

“Both my parents had become unwell and I assumed caring responsibilities for them,” she said. "When they passed away, in truth, my heart wasn’t into going back to finishing Higher Training. At that time, I needed to find employment and a specialty position came up in the Northern Trust, so I took that opportunity and have no regrets.”

During that period, Liz’s CV was enhanced greatly when she took an interest in the local College and was elected Chair of the SAS Committee. Throughout that period, her work has been characterised with a desire for improving recognition for SAS doctors, promoting parity of opportunity and career progression.

“I really enjoyed my time as Chair of the SAS committee and the support I received from my peers was fantastic, as were the staff in Clifton House and Dr Gerry Lynch. It enabled me to be less insular and to immerse myself in policy and organisational matters, both locally and at a UK level, having served on the Central College’s SAS Committee. I found this period to be an excellent learning curve, which enabled me to think in more strategic and structural terms, to learn about new initiatives and to be more proactive.”

Liz retained a desire to move onwards and took the decision three-years ago to enrol in the Certificate of Eligibility for Specialist Registration (CESR). 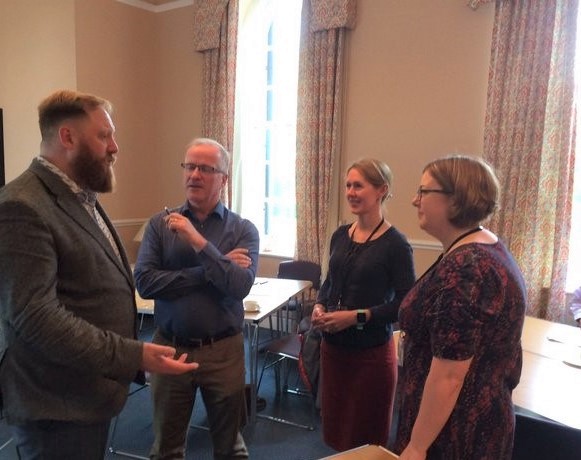 CESR is an alternative route to specialist registration. It is sometimes utilised by experienced SAS doctors who wish to become Consultants but cannot re-enter Higher Training for a variety of reasons. Undertaking the CESR route enables a SAS doctor to remain in their current employment whilst gathering extensive evidence to match the GMC Specialty Specific Guidance and the College's Higher Training curriculum.

“There is no doubt that the CESR process is very tough and it requires a high-degree of energy and self-direction. For almost three years, I found that my evenings were not my own, given the amount of administrative and background work that was required. When I finally got the news that I have been awarded the certificate, I was relived but also quite relaxed as I knew I had put in so much effort.”

Asked if she had any advice for her peers thinking of going down the CESR route, Liz points out that other options exist. “The choice is always there to finish Higher Training, and this can be intimidating, but it is more structured. I would say speak to senior colleagues and take their advice as the time and effort required to complete CSER can, at times, be burdensome.”

Taking advice from colleagues is something that Liz has always sought throughout her career, but would she single out anyone who has been her role model? “There really has been too many people who have inspired me along my journey, and it would be unfair to single anybody out. I have though taken an active interest in the history of psychiatry and Elizabeth Kubler, the Swiss-American psychiatrist, is a person who I have learned from and find inspirational.

"She was a pioneer in near-death studies and wrote the ground-breaking book ‘On Death and Dying’, which outlined her theory of the five stages of grief. She left home at 16 and was a hospital volunteer in World War Two before entering medical school. I think she is a fascinating character given that her background, like my own, was quite humble.

“Elizabeth Kubler achieved so much, and I too am very thankful for what I have achieved so far. Medicine was the profession I wanted to enter from an early age, and I am proud to say that I was the first member of my family to go to university.”

On the current crisis, Liz feels that there are challenges for medicine and psychiatry that will change the way in which care is delivered. “Families are having to deal with difficult situations, particularly with social isolation and the bereavement process. The social norms that we had become acclimatised to are changing with technology replacing face-to-face interaction to some extent.

“The role of the voluntary sector has also become increasingly important for the older population in terms of managing social isolation. As part of my role, I continue to work along with organisations such as the Alzheimer’s Society and Age NI to provide public education and to proactively gain feedback about how to best improve our services."

Despite the current challenges, Liz still finds her role rewarding, particularly when she can help individuals and families in times of crisis. “Sadly, there is no cure at present for dementia, but we have to remain optimistic," said Liz.

“I find it so pleasing when I, personally, am able to improve the quality of life for sufferers, both for them and their families. I feel passionate about medicine and psychiatry and it is very satisfying when you see that you can make a difference for patients, families and colleagues alike.”