Our 'Meet the member' series introduces you to members across Northern Ireland, to learn more about their professional lives and personal histories. In this special feature, Professor Gerry Lynch reflects on his time as Chair of RCPsych NI.

Well, Colleagues, my time as Chair of RCPsych NI draws to a close.

The proverbial pipe, slippers and a warm fireside beckon after what has been a whirlwind four years at the helm of the College. I must say, though, that it has been an absolute pleasure to serve the membership through what has been, for me, personally, a very enriching experience.

There have been many highlights and challenges along the way, but I would not have been able to carry out this role without the collective support of the membership. I remain indebted to so many of my colleagues who have played their part since 2016. I do intend to continue with some College activities over the next period (subject, of course, to the direction of the Chair, the Devolved Council and our newly formed Senior Leadership Team) so you haven’t got rid of me completely just yet.

The position of Chair came along at a very convenient time. I had taken retirement from the Northern Trust and it seemed that this was the opportunity I was looking for, given my previous clinical and administrative roles. I was truly honoured when I was elected by my peers, but it was only when I assumed office that the wide and varied extent of the role became apparent. 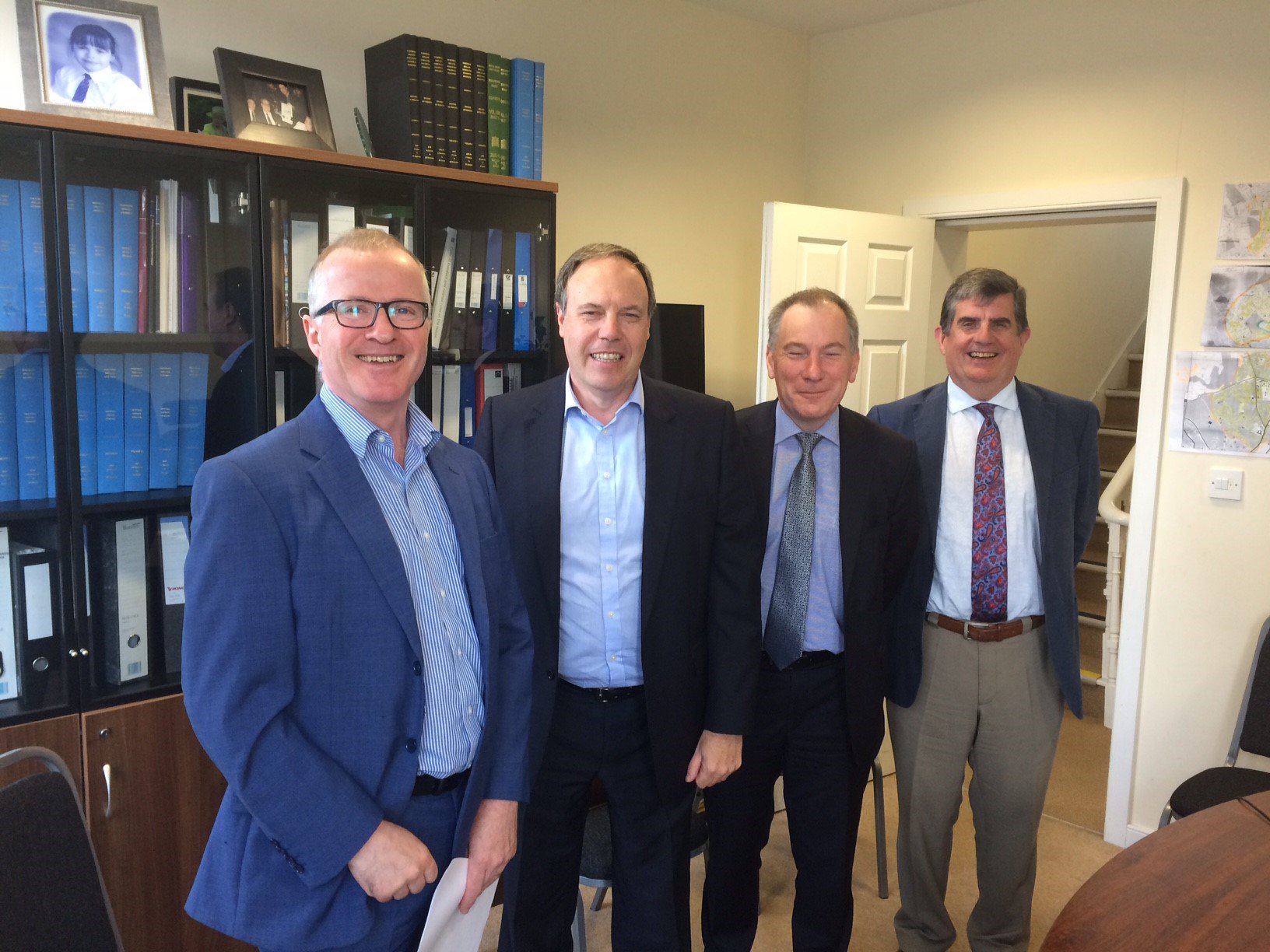 It would be remiss of me not to mention the generous support I received from all the staff in Clifton House over the years, who on every occasion were prepared to go that extra mile. Barry, Thomas and Emma have been a fantastic support and are a great asset to the College here. I would also like to pay tribute to Nora McNairney, who gave great service to the College over many years before leaving to seek a new challenge about half way through my term. She was an invaluable support to me during the early part of my time in office.

One of our earliest successes came in June 2016 when Lord Nigel Crisp came to Belfast to launch the report of the Commission on Acute Adult Psychiatric Care.

That report flagged up the major shortfall in crisis and home treatment teams, as well as a lack of provision for people with eating disorders, personality problems and perennial mental illnesses.

Northern Ireland, sadly, has the highest rate of suicide across the UK, but the Commission found that services were badly underfunded. That was a very prominent event that helped set the agenda for the following four years.

A thread that has run through my time as Chair has been the Mental Capacity Act (Northern Ireland) 2016. This was an example of ‘fusion’ legislation in which impairment of decision-making capacity and the best interests of the patient became the primary criteria to be used when making decisions across health and social care.

The implementation of the Act was hindered by the dissolution of Stormont in 2017. However, we felt that the role of psychiatry was fundamental in making the legislation work, the establishment of the College Working Group was much needed to enable us as clinicians to ensure that the Code of Practice would be workable. This is important work which will need to continue.

My four years has also seen the bedding in of RCPsych NI as a devolved nation within the College. This has been a long process and thankfully we are now ready to embrace this opportunity through the adoption of the revised governance structures by the Devolved Council at its meeting on 17 June. Given the implications of devolved nation status, the College has become more strategic in its thinking and that process, in conjunction with the members, is underway.

Decision-making will be streamlined, and we will become more focussed in getting our messages across through a media strategy and at departmental level.

We held many varied and well-attended events throughout my time as Chair. In March 2018, we attracted almost 230 delegates to the Belfast Waterfront Hall for our spring conference which considered the Mental Capacity Act.

That event crossed all branches of practice and was a prime example of RCPsych NI showing leadership in setting the agenda at the highest level.

Last May, I was delighted to co-host the first-ever joint conference with the Trent Division, while another highlight was Belfast hosting the UK CAP conference in September 2019. I know that there was a lot of work involved in delivering these events and, again, staff should really be commended for their dedication.

Enhancing relationships with the College of Psychiatrists of Ireland has also been a key objective throughout my term. That process began in November 2016 at the joint conference in County Cavan and culminated with the excellent two-day event in Titanic Belfast in November last year. That conference attracted over 300 delegates to Belfast and was a superb example of joint working and has created a benchmark for both Colleges to emulate in future years.

Sadly, it seems that the College tenancy at Clifton House is coming to an end. All members will agree that they were afforded a special welcome by staff every time they visited. The Trustees of Clifton House have plans to expand the services offered in the building and this has impacted on our ‘cosy spot’ in the attic.

Going forward, it will be vital that the sense of collegiality we were able to nurture in Clifton House is maintained, as and when new premises are identified. It was our ‘home from home’ and, like me, members will be sad that this resource will be lost.

My final few months as Chair have been over-shadowed, of course, by the Covid-19 epidemic. As clinicians, this has been a testing period, but it has also shown how resilient we can be in the face of a challenge. One of the main outcomes has been that the College has become virtual almost overnight, which has had its advantages with excellent attendances at our online meetings. We can only hope that some sense of normality returns in the near future, but the College will continue to ensure that services are maintained to the highest level.

In summing up, there are just too many people I wish to thank, and it would be unfair to single anyone out. Everybody has played their part over the past four years, but I would pass on my best wishes to Dr Richard Wilson as he prepares to take hold of the reins.

Richard’s leadership of the CAP faculty has left him in a perfect position to take the College forward. He will bring a fresh sense of gusto to the role of Chair and I wish him well.

Finally, as I sign off, I would thank members for their generosity in contributing towards the gifts to mark my leaving. The video montage which was shown at the end of the Council meeting on 17 June was a lovely gesture.

My appreciation is heart-felt and it is with a sense of deep gratitude and pride that I sign-off as your Chair for the last time.

May I wish each and every one of you every success in the future.