We have strong links with the Welsh Psychiatric Society (WPS) who seek to promote issues specific to psychiatry in Wales, we host joint meetings with the Society twice a year.

History of the Welsh Psychiatric Society

During the '50s of the last century psychiatrists working in Wales felt a need to create a new organisation so that they could meet regularly to discuss matters of mutual interest and to further the aims of psychiatry in Wales.

The first meeting of the Welsh Psychiatric Society was held in the summer of 1960 at the Seabank Hotel, Porthcawl. The main organiser was Dr Marshall Annear, the Medical Superintendent at Bridgend. Initially, the society consisted of the medical superintendents and deputy medical superintendents of Welsh psychiatric hospitals. Later the membership was widened to all practicing psychiatrists in Wales, general practitioners with an interest in psychiatry and clinical psychologists.

There were to be two-weekend meetings a year held alternating between north and south Wales, with two further clinical meetings in one of the psychiatric hospitals. The chairman was to change every year, and the secretary every two years, preceded by two years as assistant secretary.

In the early 1970s, the formation of the Welsh Division of the Royal College of Psychiatrists led to some problems, but the weekend meetings continued as before, except that the College's meetings and the study days for senior psychiatrists tended to take over the educational function.

The Society flourished during the last quarter of the previous century. The weekend meetings were successful, popular, and providing a continuing educational function. In addition, the social element was important and allowed psychiatrists from the north and south to know one another. In the 1990s a change occurred attendances at meetings were low and the membership declined.

At the general meeting at Cwrt Bleddyn in November 2003, the way forward was discussed and a strategy for the future agreed. New officers were installed and encouraged to implement the following principles:-

Aims of the Welsh Psychiatric Society 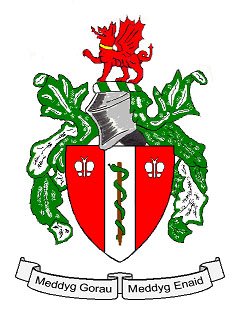