A dose of comedy

We asked psychiatrist-comedian Benji Waterstones about his job(s).

By day, I’m an NHS psychiatrist and by night I sit in green rooms with fellow comedians waiting to perform stand-up comedy. There’s always a tension between the two roles; of wanting to say the unsayable as a comedian, but as a doctor not blurting out a confidential anecdote with the patient’s name, address and NHS number.

I can’t remember who it was who said “if you’ve had a complicated childhood you’ll either be a comedian, a psychiatrist or a serial killer”. With two out of three I’m happy without the hat-trick. That would be too much work, plus I don’t own a shovel.

It’s a truism that many comedy idols were inspired by hardship. Eddie Izzard’s mother died when he was young. Richard Pryor grew up with a violent father. To them, stand-up comedy was their surrogate parent, their sticking plaster, their best medicine. “Laughter is the tonic”, once said Charlie Chaplin. 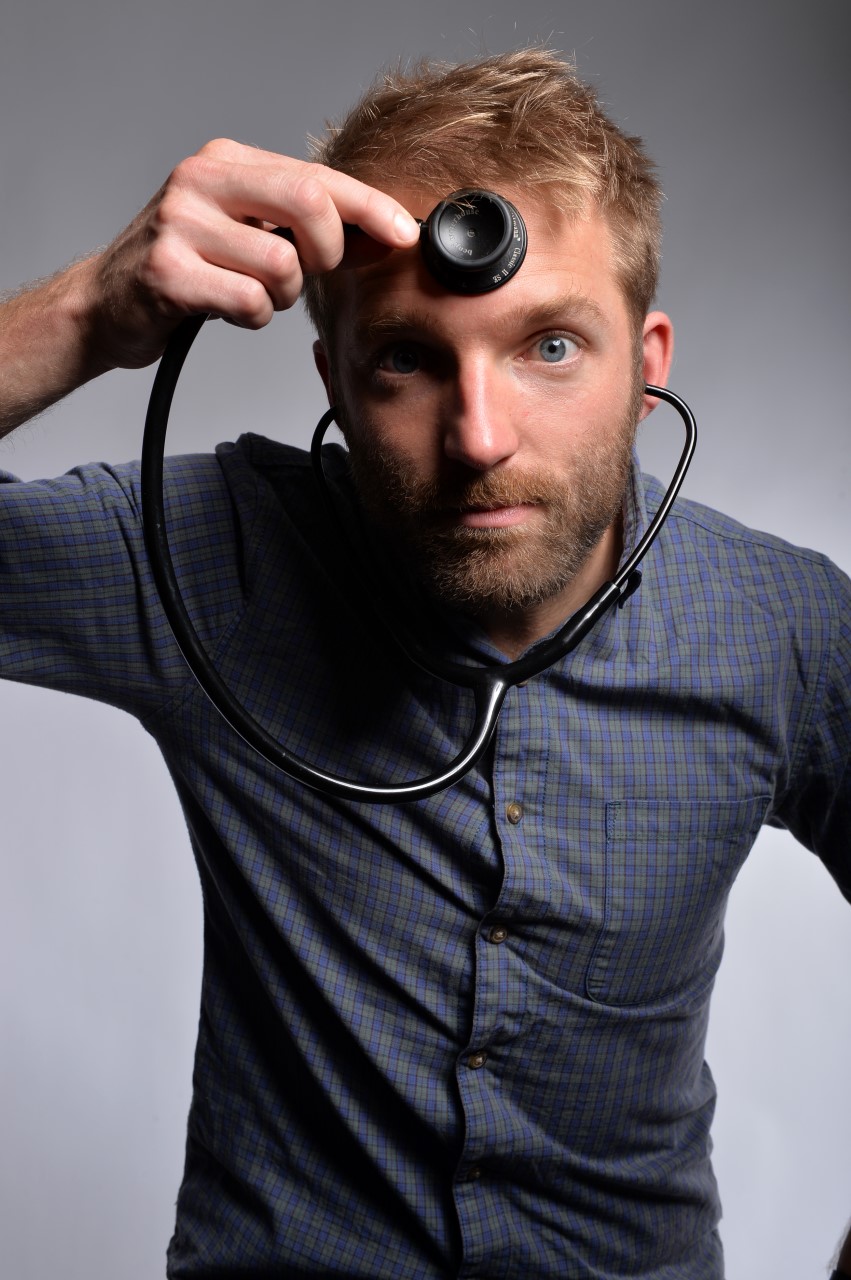 So, what predisposed me to seeking nightly validation from strangers? I certainly didn’t have it easy growing up; my parents would restrict my TV use and drag me around National Trust gardens at weekends. Oddly, I only started doing comedy when I started working. Was that my trigger? Was stand-up the antidote to life on the NHS frontline?

A recent report published by the British Medical Association (BMA) warned of the ‘crisis' burdening the NHS workforce. One in four doctors reportedly experiencing wellbeing issues. A third of medics using alcohol, drugs or self-prescribing to cope. There wasn’t a box on the survey to tick for ’stand-up comedy’.

I love psychiatry but working four days (80%) as a part-time trainee has definitely kept me on the right side of these gloomy statistics. I’m lucky that the specialty supports my creative endeavours in ways others might not.

The NHS is hemorrhaging doctors to alternative careers, with healthier work-life balance and sunnier postcodes quicker than you can say ‘Ramsey Street’. One casualty was ex-obstetrician Adam Kay, who’s best-selling memoir ‘This Is Going To Hurt’ shone a blood-splattered surgical lamp on the grim realities of junior doctor life, cleverly mixing politics with tales of funny things he’d found up peoples bottoms. He joined the growing list of doctors-turned-jokers – Harry Hill, Paul Sinha, Lee Nelson – who’d rather die on stage themselves than fill out another cremation form.

Not that I’m jumping the NHS ship just yet. I have varied, fascinating, fun and rewarding life as a psychiatrist. But it’s good to know there’s a plan B. And if all else fails, there’s always that career in serial killing. At least that way I might get a Netflix special.