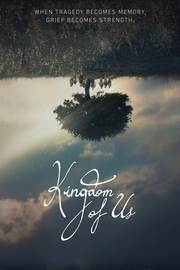 Kingdom of Us is a full-length documentary film made for Netflix lasting 109 minutes, directed by Lucy Cohen, and released in the UK in October 2017.

The film follows the Shanks Family over a number of years as they try to process the tragedy of Paul Shanks’ suicide in 2007, leaving his wife Vikie to care for their seven children then aged between six and sixteen.

Kingdom of Us won the Grierson Documentary Film award 2017 at the London Film Festival.

The story presents clips from old VHS home movie recordings, starting with the return home to the house of Mum and Dad Shanks with their youngest new born daughter Pippa.

‘Fly on the wall’ format

Historical home video is edited with more recent filming of the family in a ‘fly on the wall’ format as well as with direct to camera interviews that took place six, seven and eight years after the suicide. This provides access to the intimate scenes of daily life in which the family struggle to process the horrors of what happened to husband and father Paul.

As we are introduced to each of the children, we learn that five of the seven are diagnosed on the autistic spectrum, presenting additional challenges for emotional processing. The family is observed viewing the old home movies, in various different settings, in an attempt to piece together their previous relationships with father Paul, who had filmed each child every year at the time of their birthday as well as at other family events.

This footage also offers the viewer the chance to build up an impression of Paul aided by the commentary from various family members, most particularly his wife, that tells of a man driven to protect and control his growing family by moving them to a rural setting in which they could grow up together and away from what he perceived to be the many ‘bad influences in society’.

It seems that he also wanted everything to be perfect for his family. He kept a detailed diary some of the time, in what his wife describes as an ‘all or nothing’ pattern. When he was writing, he filled pages with copious amounts of small neat script but at other times, when in a different mood, he wrote nothing.

The film gradually reveals information that brings a greater understanding of Paul’s mental state in the weeks leading up to his suicide, but also that he had suffered from ‘difficult moods’ for a long period of time. Especially striking is the home video footage that shows Paul suffering from an episode of low mood, with his head in his hands, in which some of his young children repeatedly ask him why he is sad and ask if he is crying.

On review of this footage they find it distressing that they cannot remember being aware of his sadness at the time. Indeed one of them articulates poignantly the feeling that if she’d realised her father was suffering, she might have been able to do something about it. However, it soon becomes clear that Vikie had tried hard to encourage Paul to seek help for his mental difficulties but he refused, and that she had asked for a six month separation to reflect on their relationship. Paul, however, had responded by requesting a divorce and it was only four weeks before completion on the sale of their house that he killed himself.

It is especially distressing to hear that Paul became troubled by increasingly paranoid thoughts in these last weeks of his life. Two of the children share the distressing memory with Vikie of finding a notepad, after his death, in which Paul had written a detailed account of his plans to kill all of the family before committing suicide. It is hard to imagine how such a revelation can ever be processed fully and their struggle with this is all too apparent.

Throughout Kingdom of Us, the thread of music and performance weaves between father Paul (who in earlier years worked as an entertainer at Butlin’s Holiday Camps) and many of the children who sing, dance and play instruments. This creative outlet appears to be an important therapeutic tool for several of them and connects them deeply with their father’s musicality as a part of the grieving process.

In the later part of the film, eight years after the suicide, the focus shifts to the youngest daughter Pippa, who becomes increasingly depressed and reluctant to eat.

She feels disconnected from her siblings and struggles with her reality that she cannot really remember her father.

She expresses the fear that she is excluded from their collective grieving because she cannot share in the memories that they recall.

Most distressing is her musing that she may be destined to be like her father and genetically carries his demons. Thankfully she eventually agrees to seek help, and through an inpatient admission that finally brings everyone together for some family therapy, Pippa begins to recover from this episode of ill health.

Kingdom of Us is a completely compelling immersive experience that is valuable viewing for anyone interested in mental health. As a unique account of grief after suicide in one family it is a very important resource. It highlights the complex nature of family relationships that are determined by each individual personality as well as so many other factors. As a showcase for parenting in such circumstances, Vikie has been brave to expose herself to scrutiny but she offers the viewer so much as a result. Her strength and resilience are clear although her own personal grief is allowed to appear as she begins to see the older children launch into adulthood and acquires more space for personal reflection.

This is a film about weathering the storms of life that come as a consequence of mental ill health in a close family member and it considers how such tragic events shape and scar children growing up with them. I could not recommend this film more highly.