February is Lesbian, Gay, Bisexual and Trans History Month in the UK. In unity with the LGBT+ movement and to commemorate the 16th consecutive year of LGBT+ History Month, we spoke to LGBT+ activist Dr Louise Theodosiou about the misconceptions surrounding gender, what schools can do to educate their pupils on mental health, and the types of negativity members of the LGBT+ community experience.

This interview includes discussion about child abuse and gender dysphoria.

How did you begin to develop an interest in child and adolescent psychiatry?

I can answer that question with quite a lot of excitement today because the leadership conference that's happening upstairs. The first speaker was Professor Sue Bailey, who is a role model to practically every psychiatrist. We're particularly proud that she is a child and adolescent psychiatrist. I was lucky enough, as a junior trainee, to work with Prathiba Chitsabesan, a very exciting, very hardworking child psychiatrist. I worked with her while I was doing my core training in psychiatry.

I enjoyed every single part of psychiatry that I studied; I worked with such generous and energetic adult psychiatrists. What stood out for me in child psychiatry was the opportunity to work with people at the very start of their lives and to, if possible, give them the support they need to go on to be healthy adults and enjoy their lives. There are so many expressions that are used these days with a degree of light-heartedness, you know, "living your best life," but they are absolutely true. Some of the children and young people I work with are experiencing depression at the point where they should be having fun, forming relationships and figuring out who they want to be. In child psychiatry, we have the opportunity to support people. We can help people realise that conditions such as Attention Deficit Hyperactivity Disorder, or autism spectrum conditions, do impact on how you integrate into the world. But they should not stop you from being who you are and from having a happy life.

What kind of steps can schools take to educate their pupils on topics like LGBT and mental health awareness?

I work with a lot of children from minority and ethnic groups, who may be experiencing physical disability alongside mental health needs and may also be LGBTQ. The more minority needs you have, the harder it can be for people to think about you and for your voice to be heard. That is one of the biggest challenges that we face, and in terms of schools, schools have that opportunity to make sure voices can be heard. Everybody has that opportunity to access education.

There are children in classes who maybe have undiagnosed developmental needs; they must not be seen as being naughty; they must be seen as children with additional needs and may need to be referred for assessments. Children who are not concentrating because they are experiencing depression, or maybe because they are experiencing some sort of safeguarding abuse situation, schools have the opportunity to recognise that.

I know how busy schools are, I spend time observing children in schools, and I cannot imagine the responsibility of trying to educate 30 young minds who all have their own needs. But schools have that chance. What is important for us as wellbeing workers, mental health workers and psychiatrists, is to make sure that we're available to schools and that as much as possible, we're listening to them.

What kind of negativity do people in the LGBT+ community face in 2020?

There is a couple of very important challenges. The first challenge we face is something you realise if you work with families from the community, that we are not yet at the point where LGBTQ lifestyles are fully understood and supported.

We do still live in a heteronormative society. One where you are getting in a taxi in the morning and the taxi driver is making conversation with you, and they might assume that it was your husband who said goodbye to you when you left the house.

We still assume that when we are talking to children and young people that their identity may be heterosexual, that their gender identities may be cisgender rather than transgender or agender or some other important gender identity. A lot of it is about continuing to move forward and make strides, we have got amazing role models, but we need to remember that not everybody is cisgender and not everybody is heterosexual.

The second thing we need to do, with the community of people who are working with children who are LGBTQ, is to make sure we are being kind to one another. Sometimes people end up being angry, people end up being frustrated; they do not understand one another's points of view. What I would like to say to everyone in the LGBTQ community is there is space for us all. We might not always have the same ideas, we might not all have the same priorities but actually, we should be working to support one another because ultimately, we are all on the same side. We all want equality and fairness.

With the LGBT+ movement, how do you feel that child and adolescent psychiatry has changed in the last ten years?

One of the things that children and young people who are LGBTQ repeatedly say to me is that they look for signs that somebody will be friendly and that it will be safe for them to disclose their identity. I find myself working in an NHS where I can, on a daily basis, with no fuss, wear badges and lanyards that make it clear that I am a supporter of the LGBTQ community. That is an amazing innovation that has happened across the whole of the NHS.

Child psychiatry has been very active and energetic in promoting that agenda of not only tolerance but acceptance, working with people to say, "I am your advocate, I am here to help you feel safe, and if there are safeguarding implications for you in some aspect of your life, that will absolutely be my priority." We know that safeguarding is everyone's priority, and I would go a step further and say that supporting people to be able to express their identity is a key part of safeguarding. Child and adolescent psychiatry is at the forefront of that.

What do you feel is the biggest misconception surrounding gender and sexual identities? What do you think you come up against the most?

Some of the common misconceptions, which luckily are fading now, is that people are easily identifiable. For a long time, activists, and I'd possibly include myself in this, were maybe more stereotyped in how they dressed and how they expressed themselves, and the language they used. Possibly the most exciting gift we can give to future generations is for people to be able to wear their hair and their clothes and to express themselves however they want to, and still be part of the LGBTQ community and feel valued and to be able to express themselves. There should be no subtle subtext rules about how you dress; you should be able to be whoever you are.

The other misconception is the idea that people have to express being part of the LGBT community and express gender and sexual diversity all the time and express it in the same way. I hope for future generations that people who wish to define themselves as being in relationships with people they perceive to be of the opposite sex, or people they perceive to be the same sex as themselves, for people to be able to step in and out of those identities whilst still maintaining an LGBTQ identity. And not to feel as if they have to be defined, or to justify the choices they make.

How can we empower young people to talk about gender and sexual identity?

We need to make sure they know it is always okay to have the conversation. There is a reason that people carry on wearing t-shirts, using banners, using hashtags; it is because labels and clues that spaces are safe are incredibly important.

On a serious and very sad note, we know that there are children whose food is coming entirely from food banks, who are living homeless or in unstable accommodation and who find that their parents do not have enough money to create a meal for them.

Children like that are so vulnerable. It is our responsibility as adults, regardless of any aspect of our identity, to make the world a safer place for them. A place they know where they are going to sleep and eat next. Children who are experiencing that level of vulnerability, need to know that if they are also exploring LGBTQ lifestyle choices that they are safe to do that.

We need to create spaces to keep the conversations going; we are fighting for there to be youth groups, for there to be voluntary sector organisations that young people can go to. We need to make sure that people who are lucky enough to have money are investing it in safe places and opportunities for young people to express their identity.

LGBT History month educates on prejudice, explores the pain in the past and celebrates the present. The College stands in solidarity with people of all gender and sexual identities, as well as all backgrounds and aims to promote and research the mental health of LGBT people. 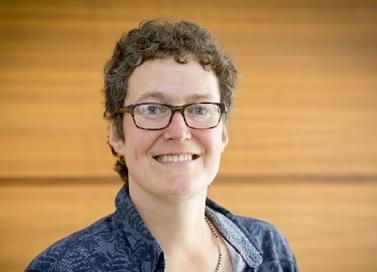