A psychiatrist, a professional actress, filmmaker, writer, presenter and podcaster, Dr Parvinder Shergill discusses her experience across so many different mediums and talks about the relationship between mental health and broadcasting. We explore her latest project, an LGBT Black, Asian and minority ethnic short film, which features pseudocyesis; a phantom pregnancy. Dr Parvinder also details the difficulties the LGBT community face in filmmaking and how she will be celebrating Pride this year.

Hello Dr Shergill, please tell us a little about what you specialise in and why?

I studied Medicine and Philosophy BSc at Kings College London and graduated in 2012. I initially was keen on obstetrics and gynaecology however changed my speciality to psychiatry after my foundation years - it was an impulsive decision at the time, but the right one for me.

I got into core training in psychiatry in west London, and from the first day felt I truly belonged in this speciality. I initially thought in CT1 I would want to sub-specialise in perinatal psychiatry due to my fondness of O&G, but I felt I liked all the specialities and wanted to be open to what they all had to offer. I took a year out after CT2, and I started my own work for mental health by creating The Secret Psychiatrist and working on a mental health podcast with two service users which we have been invited to record at Parliament and even won an award for our poster with The Royal College of Psychiatrists.

I then returned to CT3 and finished my exams. I currently work part-time as a speciality doctor in CAMHS in Ealing, and part-time I am a professional actress, filmmaker, writer and presenter for mental health. I am planning on entering ST4 training in 2021 and have yet to confirm which sub-speciality to go in.

What projects are you currently working on?

I do a lot of projects outside of my clinical work in mental health. I have had my own radio show about mental health since last year. I am also an expert speaker for creatives and mental health on an array of podcasts and radio and TV shows. I wrote my first play, which was showcased in London in 2019. It was a dark comedy about mental health and received terrific reviews. I am hoping to showcase this play, HER, to a larger theatre in the near future.

I have also written, produced, and starred in my first film, LOVEBUG which is a rom-com about finding love whilst self-isolating from the COVID Pandemic, that has been published online by the BBC and submitted to film festivals. I have co-written, produced and starred in my own film, Phantoms, that will be produced when safe to do so in the near future. It is about a phantom pregnancy, where one of the characters is convinced they are pregnant when they’re not. It follows an all-female Black, Asian and minority ethnic cast and concerns themes of mental health, specifically perinatal psychiatry, LGBT and abuse in modern horror.

Perinatal psychiatry is an underfunded area and there is a need for research, not just for psychiatrists but also for the obstetricians. Even though the storyline is rare, I think it would be a great platform to highlight the need for perinatal care and start the conversations about post-natal care for mothers and fathers, which we know is vital.

I wanted this film to have all women of colour as the cast. As a filmmaker, I can help pave the way in the industry to make it more equal and diverse for women and for the Black, Asian and minority ethnic community, something that is crucial in this time. It was important for me with Phantoms, to link my passion for mental health with film, in order to tell interesting yet truthful storylines, which Phantoms certainly does.

I also wanted to draw attention to LGBT relationships in the ethnic communities, which still have a large stigma attached to them, especially amongst women. I am hoping that this film helps reduce ethnic stigma, gender stigma, LGBT stigma and mental health stigma worldwide.

I have also written and am directing my feature film, The Link, in the Summer which has Black, Asian and minority ethnic  cast.

How has being a psychiatrist influenced your filmmaking? Or vice versa?

I think I am lucky that I have found my calling as a doctor and as a creative. It allows me to reaffirm my passion for mental health through film and theatre.

I think I have become a better psychiatrist because I am able to be flexible in the way I speak with my patients and work with them. For instance, I have helped run a creative workshop for patients, as well as help co-lead an art and drama therapy group. It can be very difficult to think outside the box as a doctor in the NHS.

However, I have managed to work clinically in a safe manner, but still with a creative flair. The fact I am a doctor has helped me direct films and lead crews, and organise and structure the film set days. I have made the bridge between mental health and the creative industry. I’d like to be able to help reduce the stigma of mental health through film, as well as help change the creative industry by having more female filmmakers of colour lead the way.

Sadly, the LGBTQ+ community is often underrepresented, or misrepresented in film – why do you think that is?

I think it comes down to a number of factors. There is still a long way to go in equal rights and diversity, not just in the LGBT world, but also with gender rights, disability rights, and race rights.

If we could educate children from a young age about LGBT and mental health, it would be incredibly beneficial. Leaders in every country also have a big role to play, by taking an active stance and helping improve such issues. I know in the industry it also has a long way to go. That is why in every film or theatre piece I’m making; I have a lead Black, Asian and minority ethnic female. I also try to include an LGBT relationship in a normalised, supportive way; it does not have to be dramatic. Film is an excellent platform to influence change, and I certainly take a proactive path in helping reduce stigma with the LGBT community through my scripts.

How will you be celebrating Pride this year?

I am helping celebrate Pride in a number of ways, via my social media platforms, my films platforms, helping to fundraise money for the Black Pride community online, and doing interviews on radio and podcasts about Pride month. I am also hoping to shoot my film at the end of this Pride month to let it be part of this celebration.

If you would like to learn more about the work of Dr Parvinder Shergill, such as podcasts and theatrical pieces, please visit her website. 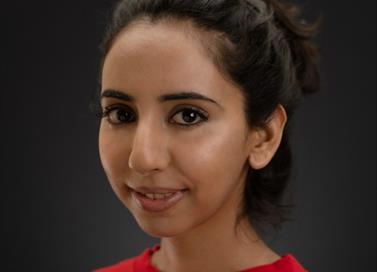