To celebrate the College's inaugural South Asian History Month, Dr Shahid Latif writes on the contributions of South Asian doctors to the NHS – from its inception to today – and the importance of a truly diverse workforce.

The Royal College of Psychiatrists is celebrating its first ever South Asian History Month. As always, the College has led from the front to recognise all those who have contributed towards supporting and delivering mental health services in the UK over many decades.

The occasion offers a platform to commemorate and mark South Asian history and culture and to build an understanding of the hugely diverse heritage, customs and traditions that link UK with South Asia. It is an ideal opportunity to celebrate the immense contributions of South Asian psychiatrists to the NHS and mental health and care.

South Asian doctors in the NHS

South Asia consists of India, Pakistan, Sri Lanka, Bangladesh, Afghanistan and Nepal. Approximately one third of doctors practising in the NHS are from overseas. Similarly, one third of the College membership is from South Asia, despite ethnic minorities representing only about 8% of the UK population.

From its inception, the NHS relied and depended on recruiting staff from overseas. Immigration legislation in the 1960s and 1970s targeted migrants from the Commonwealth countries.

Around 50 years ago, more than 18,000 South Asian doctors answered the call to an expanding health service in the UK. Over the ensuing years, as they approached retirement and with less numbers came from South Asia, this impacted on resources, highlighting the fact that South Asian doctors and psychiatrists were, and continue to be, the backbone of healthcare services.

The College and racial equality

The College has always been the leader among Royal Colleges and other professional bodies in race equality matters.

In the early 1980s, Prof. Kenneth Rawnsley’s Presidency set up a group which produced a report called 'Psychiatry in a Multi-Ethnic Society' to the formulation of a Race Equality Statement of Intent and a Race Equality Action. Over recent years, the College has continued to publish position statements in an attempt to tackle discrimination and racism, as recently as 2018 and 2020, under the stewardship of Professor Wendy Burn.

Under the newly elected President, Dr Adrian James, two Presidential Leads for Racial Equality have been appointed in a timely fashion following ever-present reports of racial inequality, discrimination and evidence of structural racism within psychiatry.

This has become more relevant following the COVID19 situation – where healthcare professionals from the BAME community have been adversely affected – and following the inhumane George Floyd incident in the States, which has stoked action on racism across the world. It is without doubt an ideal opportunity to share the contribution that South Asian psychiatrists have provided in the UK, despite having faced the challenges of discrimination.

Despite limited opportunities and challenges including under-promotion, differential attainment and lack of diversity at leadership level, acclaimed South Asian psychiatrists working in the UK have become national names and world leaders in the world of Mental Health.

Dr Pearl Hettiaratchy the first Vice President, Professor Parimala Moodley former Deputy Dean of the College, Professor Dinesh Bhugra first South Asian President of RCPsych, Professor Afzal Javed President elect of the World Psychiatric Association and Professor Murad Khan President of the International Association of Suicide Prevention are just a few names amongst a galaxy who have smashed the glass ceiling. Their stories tell you how they overcame the adversities of feeling isolated and being offered unpopular jobs, in an environment where there would have been absence of professional opportunities.

All this hard work has led to recent appointments of the incoming Registrar Dr Trudi Seneviratne – the first South Asian woman in this role – and Dr Rajesh Mohan, as the Presidential Lead for Racial Equality.

Being born in London and then moving to Pakistan in my teens for nearly 15 years, the return to the UK made me wonder where I stood from a cultural perspective. With support from family, friends, colleagues and mentors, I concluded, that myself and my fellow South Asians have an advantage in offering a more rounded view of culture and mental health, and that diversity offers a better opportunity for successful outcomes in the long run.

South Asian History Month should serve as an annual reminder of the need to celebrate South Asians successes and achievements through resilience and resistance. It should serve as a catalyst for people of different backgrounds to come together through discussions, conversations and debate to share experiences that would benefit all.

In the current climate, South Asian History Month offers a perfect opportunity to showcase what South Asian psychiatrists have contributed to the UK. There is no doubt that – apart from South Asian psychiatrists support in ensuring that mental health services continue to run seamlessly through service delivery, provision and development –we must also acknowledge that they have brought diversity, colour, a renewed understanding of culture, broader aspects to academia, multilingualism, wider culinary options and art, along with improved levels of social cohesion within various communities. It has become evident that diverse organisations are more successful.

So if anyone asks, beans on toast or palak paneer? I would say that within the diverseness of it, there is a lot of shared history, so enjoy both! 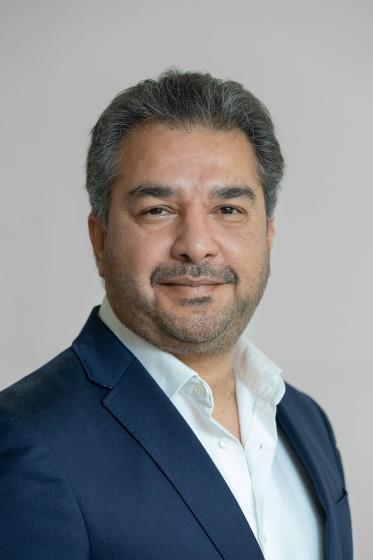