It is a pleasure to write this blog as part of Royal College of Psychiatrists’ celebration of Black History Month. The aim is to celebrate the achievements and contributions of black people to society. The annual celebration of the Black History Month originated in America, and has been celebrated in the UK since 1987, thanks to the works of Akyaaba Addai-Sebo and other colleagues. The Royal College of Psychiatrists first held its celebration in 2019.

Year 2020 has been difficult for people all over the world, for obvious reasons. As I celebrate the Black History Month this year, I am aware some black people may feel it’s hardly a time for celebration. In 2019, I remember getting together with colleagues from theBlack and Ethnic Minority Network in my previous Trust, to organize and celebrate in a community center in Dudley, West Midlands. The theme at the time was celebration of diversity in music, food and culture as well as a discussion about how we can support improved access to mental health care for the local Black, Asian and minority ethnic community. Things are so different this year.

As the UK and the NHS began to fight the COVID-19 pandemic earlier this year, reports soon emerged about the increased morbidity and mortality in Black, Asian and minority ethnic health care and key workers. The reality was in seeing the faces and names of majority of the people affected. Telephone calls and messages came flooding in from my friends, family and loved ones, checking I was ok, as they knew I was a health care worker. I had an urge to do something to help. I swiftly joined various other colleagues to embark on a health campaign aimed at encouraging Black, Asian and minority ethnic communities to look after their health and adhere to recommended precautions and guidelines. We all joined the relevant networks and groups in our various organizations to support risk assessments and mitigating action plans, to reduce the risk to all vulnerable groups of staff. We provided reassurance to the worried and anxious, comfort to bereaved colleagues and families. My actions here came to me naturally; as someone who enjoys her job, and moreover, it was part of the Hippocratic Oath I signed for, as a doctor. So, I celebrate our keyworkers, and those who were on the frontline, getting us through the peak of the pandemic.

It was more difficult knowing what to do with the sadness, anger and feeling of injustice that emerged in black communities, following the death of George Floyd. The videos released of his death, and many others showing brutality to black people were painful to watch. As a human being, a black woman, a mother, I was not immune to these feelings. The Black Lives Matter campaign and protests grew. It felt like a population had become inconsolable. The works of Franz Omar Fanon and his colleagues on colonization, decolonization, post-colonialism and subconscious responses, gave deeper meaning and understanding to the pain. The pain was beyond the death of George Floyd. It was time to deal with the issue of black oppression, discrimination in the criminal justice system, macro and micro aggression, and racism in all its forms.

Gradually, people began to put themselves forward; acting in advisory roles for relevant organizations and communities. These efforts need to be ongoing, for in these matters, we are the experts by experience. In our continued actions, our heroes past will be proud that they have left the baton in capable hands and their efforts have not been in vain. Also, therein will be a legacy for us to leave behind for generations to come. I celebrate those who have contributed to the progress made thus far. This gives the hope that someday, we will gather to celebrate a united humanity, and not one divided by color, race or ethnicity.

As part of the celebration, we have decided to host the inaugural meeting of the Association of Black Psychiatrists (ABP- UK), in the month of October. This will take place on the 22nd of October. I am proud to be one of the founding members. The Association aims to support the professional development of black psychiatrists, through education, training, mentoring and networking, to promote innovation and excellence in the delivery of high quality care to patients with mental illness. Professor Adeoye Lambo and others in their work in ethno-psychiatry described the ethnic and cultural dimension of severe mental illness and the role of culture in treatments. It is hoped that through Associations such as this, rich knowledge of culture, experience and expertise, can be better harnessed for the care of our very diverse UK patient population.

You can view the inaugural meeting of the Association of Black Psychiatrists below: 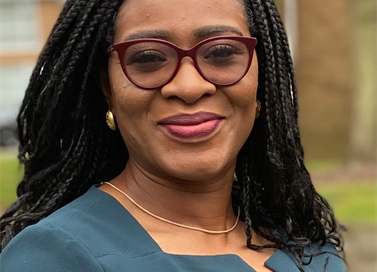