I was born on the island of Serendib, better known as Sri Lanka (or Ceylon). The name, Arabic in origin, was recorded in use at least as early as AD 361. It is best known to speakers of English through the word serendipity, invented in the 18th century by Horace Walpole on the inspiration of a Persian fairy tale, 'The Three Princes of Serendip', whose heroes often made discoveries by chance.

My father often talked of serendipitous events and I often like to think about chance good events that can lay out peoples lives and history – particularly interesting as a psychiatrist, as we are privileged to hear detailed narratives from our patients.

Growing up in Sri Lanka

Kandy [මහනුවර Mahanuwara] is the place I was actually born in. It is a major city in Sri Lanka located in the Central Province. It was the last capital of the ancient kings' era of Sri Lanka. The city lies in the midst of hills in a plateau, which crosses an area of tropical plantations, mainly tea.

Kandy is both an administrative and religious city and is the home of the Temple of the Tooth Relic (Sri Dalada Maligawa), one of the most sacred places of worship in the Buddhist world. My mother was a Buddhist and she converted to Catholicism when she married my father – I was raised as a Catholic with the benefit of being exposed to Buddhism through my mother.

I then spent most of my time till I was about seven, living in a rural village outside Negombo, near the sea. The house was lost in a coconut plantation, with mango and wood-apple trees aplenty and rambutan that appeared seasonally. I remember brushing my teeth with charcoal and showering by the well getting ready for school; a slice of butter cake and glass of milk before a long walk out of the estate and onto a dusty track, sometimes across some water that eventually led my uncle, brother and I to the school bus…and then to school, Ave Maria Convent.

I remember a time when I forgot to bring some hollowed-out coconut shells – to be used as instruments for a school play. My mum and I dashing to the local market and asking the fruit and veg seller to quickly halve and hollow out the coconut…and dashing back to the school, just in time for the play to start.

A year later, I remember walking through Dalston market in Hackney with my parents and brother, marvelling at the piles of apples in all sorts of colours and sizes – working out that Granny Smiths were my favourite (at the time) —  as well as mountains of pears and melons, a fish stall, meat stall and delicious bagels…I think the bagel shop is still there.

My fathers’ dream was to come to Britain, to seek the 'better life' for his family – a common migrant narrative. He did that only after his mother passed away, leaving my mother, brother and I in Negombo, until things were ready for us to join him.  I suppose it was serendipitous that he was able to come to the UK.

My encounter with Professor Channi Kumar at a conference in Rome was certainly serendipitous and fuelled my passion for perinatal psychiatry…'Channi', also of South Asian heritage whom I wrote about in last years’ blog post would be thrilled at where the subject has got to.

At the Maudsley, I was lucky enough to meet two other women of South Asian heritage. Two amazing child and adolescent psychiatrists, Dr Tara Weeramanthri and Dr Anula Nikapota, both with Sri-Lankan heritage. Tara continues to do fantastic work at South London and Maudsley.

I would like to pay my respect to the late Dr Anula Nikapota, whom I met serendipitously at South London and Maudsley and delighted as we were both Sinhalese. I loved her saris, as well as her immense passion, compassion and knowledge.

Dr Anula Nikapota sadly died on 4 April 2019, suddenly while on holiday with her family. Friends and colleagues were very shocked by her sudden death. She was a member of the Association for Child and Adolescent Mental Health (ACAMH) providing great expertise clinically and educationally. She ran a very busy general CAMHS clinic in Brixton, part of South London and Maudsey NHS Foundation Trust were many and varied, and she continued them after retiring from the NHS. 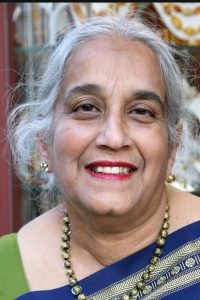 She was active on the board of ACAMH as their international officer and was particularly committed to helping develop staff and services in low and middle-income countries, such as Egypt, Cambodia and Bangladesh and she was energetically planning further branches and partnerships overseas.

With Professor Eric Taylor, she developed an online module on research methods for ACAMH, so that colleagues in developing countries could carry out their own investigations and evaluations, as well as getting Continuing Professional Development credit for this.

She was part of the team that delivered the UK-wide CAMHS Transformation Clinical Champions project in conjunction with YoungMinds and MindEd. This was a package of online resources that clinicians could use to increase access to evidence-based services.

She was a superb clinician: wise, knowledgeable and with an unerring ability to engage children and families from diverse backgrounds. She pioneered many novel strategies to extend and improve the working relationships between child mental health services and the wider community, including schools, social care and the voluntary sector. Anula was internationally known for her expertise on how cultural diversity may influence the presentation of mental health problems and attitudes to different interventions.

With the support of Professors Michael Rutter and Eric Taylor, Anula developed and ran the excellent Diploma/MSc in Child and Adolescent Mental Health at the Institute of Psychiatry, Psychology and Neuroscience. This provides specialist education and training in child and adolescent mental health for overseas clinicians, including psychologists, psychiatrists and paediatricians. One of its unusual features is the direct clinical experience that students get in working clinics. Under Anula’s leadership, the course attracted distinguished clinicians from over 50 countries, and for its 30th anniversary in 2018  many of Anula’s previous students returned to London for the celebration.

She also undertook a huge amount of voluntary work in Sri Lanka, including supporting children and families following the aftermath of the devastating tsunami of Boxing Day, December 2005.

Anula was always lively and fun with a sparkling sense of humour and was an extremely talented musician.

Anula asked me to speak with Tamil women in the Hounslow area, West London, about perinatal mental illness, to help reduce mental health stigma in those communities. I went with Anula to a community centre in Hounslow on three occasions to meet with a range of women– mainly from a Tamil background.

Through a number of visits and conversations, we were able to talk about perinatal mental illness. We did this through the medium of doing sewing together – an activity the women enjoyed – as direct conversations about trauma and mental illness and the cultural understanding of mental illness was difficult using 'western' concepts of illness.

I heard one of the mothers in the group had taken her life following childbirth – it sounded like severe postnatal depression accompanied with intimate partner violence that had never been disclosed to others in the community, never mind professionals.

They later spoke of a woman who had taken her own life as well as that of her child – sounding like a possible postpartum psychosis – the group was traumatised by both these events.

They had numerous, varied and tragic stories of escaping from a civil war and other difficulties having migrated to the UK. They talked of how hard it was to parent children (often multiple children), the challenges of the pregnancies and deliveries when they couldn’t speak English properly, not disclosing the pain of childbirth, the poverty and hardship with little money to really look after their children and families.

We talked about the importance of coming forward for help for their mental health, to prevent suffering for themselves and their families. We spoke of the notion of stigma which might prevent help-seeking, for a whole range of reasons.

Many women described somatic symptoms, as often happened and I tried to make the link about dissociation and somatisation as manifestations of stress that some seemed to understand. The work could have continued for weeks and months, and I was grateful that Anula had asked me to join these women for a brief period of time.

We know that the South Asian communities are deeply stigmatised about mental illness and do not come forward readily for treatment. This is something I would very much like to tackle as Registrar – extending, of course to wider society.

The Duchess and the First Lady

Stigma was also a feature of another more recent conversation. I was asked by HRH The Duchess of Cambridge to be one of the experts in a roundtable with the First Lady, Dr Biden at the G7 in June this year.

Dr Biden, being a teacher, wanted to hear of the Duchess’s interest in early years education. The Duchess convened four experts to help describe her 10-year journey of what she described as 'the societal equivalent of the climate crisis' – her view being that it is essential to intervene and support children at the earliest possible time, in the early years to support children’s life chances.

I was able to speak to the importance of supporting maternal and paternal/partners mental health as this was critical in supporting the baby and child in the early years, that intervening early starting from conception was essential. In the Royal Foundation study of parents, The 5 Big Insights, one finding was that 90% of people see parental mental health and wellbeing as being critical to a child’s development but in reality, people do very little to prioritise themselves.

Only 10% of parents mentioned taking the time to look after their own wellbeing when asked how they had prepared for the arrival of their baby. We also discussed that stigma around mental illness in all societies and cultures was a significant factor in not receiving the correct support, leading to significant suffering for the family unit.

On the train journey home from Penzance, I thought of my father. The migration dream for my father and many other South Asians, to seek a better life for their family. I think my father would have been quietly proud that his daughter had met two important, strong and visionary women alive at the moment. I was too.

'Take time to dream...it’s what the future is made of'. 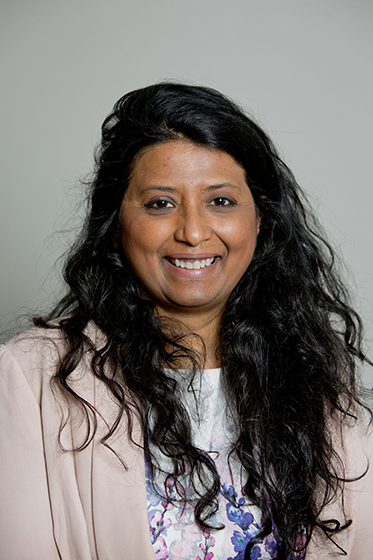