Five years after the colonial rulers left the subcontinent having totally arbitrarily divided it into two nations based on religion, in a small industrial town in north India, I was born.

My parents and grandparents left their property and belongings in what is now Pakistan and migrated with just the clothes on their back. My father was academically brilliant and achieved high grades in school but his parents could not afford to send him to college or for university education. In school I was called a refugee even though I was born in independent India, so from an early age I became aware of discrimination on the basis of faux identity.

School was school. It was the only school in town with over 1,000 pupils. All boys. The pressure to achieve as a child of migrants was immense. At age 15, I was encouraged to apply for National Science Talent Search Scholarship awarded by the national government to 100 students from the whole country and I was fortunate enough to be awarded one.

This would have been for eight years of studying basic sciences, BSc, Masters and then PhD. Although my father was delighted my mother like migrant mothers (stereotype coming) was not so keen and wanted me to do medicine.

At this point my father gave in and did a paradoxical injunction that I could not get into a medical college. Taking this up as a challenge I took the entry exams for a national college. At that time depending upon the scores in pre-medical year one could get into state medical school without a lot of problems. Having taken the screening test, then aptitude test and selection interview followed. From over 10,000 students the numbers were whittled down to 300 for interview and then 100. Being the first one in the family to make it to University the pressure was immense and when I decided to do psychiatry, I had to leave as I could not find a training post.

The attitudes to same-sex behaviour were negative and this was seen as a Western disease, which is true to some extent even now. Bullough (1977) divided the cultures into sex-positive and sex-negative and post-colonialism the culture was certainly negative and yet same-sex behaviours were not uncommon. It may have been that at that particular time limited access to opposite sex may have been one reason. However, for males the concept of yaar (friend) was important. The notions of yaar and yaari emerge from Sufism and have been sometimes interpreted erroneously (in my view) as sexual.

In pre-colonial times, Hindu culture was described as sex-positive where sexual acts were for pleasure. The writing of the Kama Sutra and construction of temples depicting various sexual acts including same-sex experiences are a clear symbol of that.

Victorian and colonial attitudes towards same-sex behaviour made it illegal. Having arrived in the UK to do psychiatry training my first research project was to compare attitudes of doctors, psychiatrists and gay doctors towards male homosexuality. Subsequently as part of my sociology thesis, I interviewed a small group of South Asians in London to study the process of coming out. The findings of problems in coming out were reflected in a study of gay people in Mumbai  (then called Bombay).

Throughout various roles, I have managed to balance various parts of the identity. When the proposal for setting up the LGB Special Interest Group (now Rainbow SIG) first came to the college council, I was the only member to speak for it and it was agreed.

In the Wold Psychiatric Association I led on developing position statements on the topic and working with the College and in the American Psychiatric Association we made representations to various governments. Having given evidence to decriminalise same-sex behaviour in High Courts of three Commonwealth countries. South Asians face discrimination and being in a sexual minority may lead to double jeopardy.

I understand that we cannot take our hard fought equity and liberty for granted. We need to be forever vigilant. We owe it to the generations to come. Lack of equity causes mental health problems and changes in law help reduce rates of psychiatric disorders and as a profession we have a moral duty to push for equity. 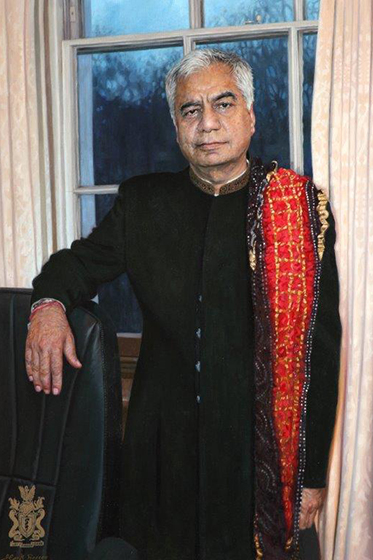