Reforming mental health law: learning from the past

The Department of Health and Social Care (DHSC) has just launched Reforming the Mental Health Act. It is a welcome and much needed consultation paper regarding mental health legislation for England and Wales.

Wearing my historian’s, rather than psychiatrist’s, hat, I noticed that it states that the DHSC will introduce the new Mental Health Bill “when Parliamentary time allows”. What precisely does that mean? It may be innocuous and standard wording, but history hints that it may also mean low priority with lack of commitment to seeing it through. It is hardly “SMART”, to use management jargon, where “T” stands for time-bound. It brought to mind an episode from 100 years ago.

Under the Lunacy Act 1890 the majority of the population could only access psychiatric treatment if they were certified insane then admitted to an asylum (different rules applied to shell-shocked soldiers and to people who could pay privately for care). Often, the stigma associated with this, plus the accompanying official designation of “pauper lunatic”, meant that treatment was neither sought nor offered until a crisis arose.

Before the First World War, attempts to modernise the Lunacy Act failed. In 1905, the Journal of Mental Science (today, BJPsych) noted: “So long as a Lord Chancellor having charge of a Lunacy Bill deliberately asserts from the Woolsack that the lawyer is as competent as the physician to determine whether a man has or has not disease of the brain” change was unlikely. In July 1914, Earl Russell introduced a Voluntary Mental Treatment Bill in the House of Lords, but it was derailed two weeks later when war supervened. 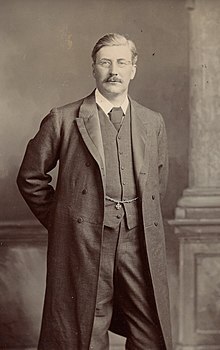 So pressing was the issue, that the Medico-Psychological Association (MPA, predecessor of RCPsych) continued to discuss it while the war still raged. Their report in 1919 noted that “The experience gathered as the result of the war has opened the eyes of the public and the medical profession in a fresh way to the difficulties and needs” of mentally disturbed people, particularly concerning benefits of treatment without certification. The MPA wanted people with mental disturbance to have the option of attending out-patient clinics and being admitted without certification, to obtain treatment early in the course of their disorder, with the aim of preventing deterioration, or preferably, to cure. They wanted more choice and autonomy for patients, and for treatment to be offered, as far as possible, on a voluntary basis, on a par with physical illness. The Ministry of Health, created just after the war, took the asylums under its wing in 1920 and noted the views of the MPA.

In August 1920, Minister of Health Christopher Addison introduced the Ministry of Health (Miscellaneous Provisions) Bill. It had many clauses, including to establish psychiatric out-patient clinics and allow voluntary admission for treatment. Dr Nathan Raw MP (later, president of the MPA) discussed the temporary nature of much mental disturbance: “many poor women suffer from mental aberration as the result of child-birth.…Another person suffers from the effects of alcoholism, with which very few of us have any sympathy, but still the fact remains. Others suffer from mental disease as the result of pneumonia, influenza, and Bright's disease” and “I am very glad indeed to see that the Minister of Health is treating mental disease and insanity in precisely the same way as he would treat any other affliction to which the human body is liable.”

Unfortunately, the lunacy component was only a small part of the multi-faceted Bill. William Ormsby-Gore MP gave his opinion: “the guardianship and watchfulness of this House was never more needed than it is now over an omnibus, ill-drafted, hotch-potch of a Bill.”

The Bill reached the Lords on 14 December 1920. There were numerous objections, such as: its complexity; acrimonious and rushed debates in the other House about it; and Christmas. Lord Sheffield said: “it is not fair for the Government to bring in an important Bill and ram it through the House of Commons by an all-night sitting with no opportunity for discussion, and then ask us at the very close of the session to deal with these important proposals.”

The Noble Lords responded: “Hear, hear.” And Lord Sheffield continued: “For my own part I much prefer that the Bill should be thrown out…it is unreasonable to ask us to meet between Christmas Day and the New Year, [it is an] intolerable proposal….I therefore hope that, unless we have an assurance that at the very least there will be no meeting till January, we shall all vote for the rejection of the Bill. And the majority did.

It took another 10 years to create less restrictive legislation, the Mental Treatment Act 1930.

Changing mental health legislation has never been straightforward: science, law, psychiatry, medicine, government and patients’ and public perceptions have never sat unanimously or harmoniously together. Also, we have to be cautious about possible hidden agendas behind terms used, such as “Parliamentary time”. We must not be complacent, and we need to make our voices heard in the consultation, by Wednesday 21 April 2021, 11.59pm. The DHSC asks for responses to be made on the form .