I recently attended my first College Awards evening as President, along with some 300 guests working in psychiatry. The evening, hosted by musician, journalist and Church of England priest columnist and presenter, The Reverend Richard Coles, was a lovely celebration of success which is something we don’t do enough of.

Alastair later presented Rob Poole with a Lifetime Achievement Award and I was honoured to be able to interview Rob. Most of you will be aware of his huge contribution to social psychiatry but you may not know, as I uncovered on the night, that he is a talented musician and blogger.

Re-visiting the past, looking to the future

The last few weeks have been busy traveling to various conferences and meetings.

I made my third visit to Bournemouth since I started as President to attend the Faculty of Rehabilitation & Social Psychiatry Annual Conference.

This time I actually managed to leave the hotel and walk by the sea. I was there to talk about my priorities and get feedback on them, I also picked up a new Twitter hashtag #wendysgotaplan. Not trending yet but give me time…..

I stepped into the past to make a trip back to Southampton Medical School where I trained, invited by David Baldwin who heads up their Mental Health Group.

I heard from a number of enthusiastic young researchers in his department where they are doing some really interesting work.

I gave a talk in a lecture theatre where I spent many (often boring) hours as a student. The only change was the addition of a ramp and a wheelchair space.  The student bar had gone but the foyer of the hospital had been transformed with a Costa and a Marks and Spencer.

The review of the Mental Health Act in England and Wales, triggered by the steadily rising number of detentions and the fact that you are more likely to be detained if you are from certain ethnic groups, is now underway, led by Simon Wessely.

You will remember that I asked members in England and Wales to complete a survey. Thanks to those who took part, we had a total of 1,951 responses, 15.0% of all members, from across England and Wales.

The majority of respondents believe that it should be possible to admit people to hospital against their wishes where they have mental capacity but pose a risk to themselves or others.

There was also a majority view that discharging people to the community with conditions on their treatment is an important part of keeping people safe and well in some circumstances.

Since our survey closed, the terms of the review of the Mental Health Act have been set out. We are working with the review to ensure it is fully evidence-based and that the expertise and experience of psychiatrists is fully considered during the review. We will be producing a full report of the findings from our member survey to submit to the review and to share with members.

Around the devolved nations

It’s not only England and Wales that are looking at this area. In Scotland, the Mental Welfare Commission has produced guidance, the Rights in Mind Pathway, on the use of the Mental Health legislation, which was supported by the College.

RCPsych in Scotland continues to involve itself with reviews and reforms of mental health legislation and implementation of the new Mental Health Strategy through representation on groups and its participation in the Scottish Mental Health Partnership.

In Northern Ireland, the Mental Capacity Act (N.I.) 2016 is expected to go live in 2020. This is extremely interesting and will be watched by the rest of the world with great attention.

The RCPsych in Northern Ireland are working closely with the Department of Health and others in the development of the Code of Practice which will accompany the Act.

RCPsych in Northern Ireland have been hosting workshops to engage members and colleagues from other disciplines and will be holding a conference on 22 March 2018 which I am very excited about.

Details will become available on our Northern Ireland Conferences and events page. The conference will be preceded the evening before by the first ever President’s Lecture outside London which will be delivered by Sue Bailey.

Recruitment for core training next year is now open.

We are really hoping that the recruitment campaign we have been running will make a difference but please do all you can to help by spreading the word about how great and how rewarding a career in Psychiatry is. 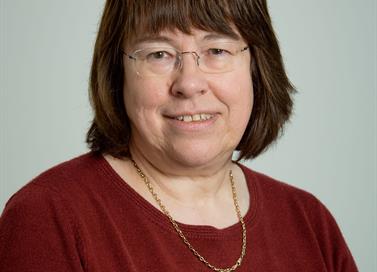