Have you ever wondered why airline safety cards don’t show realistic crashes? It’s because some people do freeze when frightened. Tragically many casualties are found still buckled into their seats even when others had time to escape. This phenomenon is called ‘tonic immobility’. As psychiatrists we might call it a form of catatonia. Anything that increases that sense of panic, including what’s printed on the safety card, may make it more likely some will freeze and do nothing when faced with an emergency.

What’s the best way to get people to pay attention to the climate crisis? This is an important question and as psychiatrists we may have some insight and a role. Floods, forest fires, volcanoes, earthquakes, pandemics, and climate change are all emergency situations where you want people to heed warnings and take action. However In our diverse world the right approach for one person may not work for another, so we need to have a range of options.

We could perhaps think about it in terms of the Yerkes Dodson principle. This relates a person’s anxiety level with their performance at a task. If people are too relaxed, they are unlikely to be motivated enough. On the other hand, too frightened and people can freeze, like stone, petrified.

Or we could use the idea of the comfort zone. It suggests the best action and the most change occurs when people are pushed just outside their comfort zone. But pushing too far can result in decompensation.

In both of these the middle ground is what we need to aim for. In the concentric circles of the comfort zone model, it’s somewhere outside the central area but not into the outer panic zone. In the Yerkes Dodson curve, it’s off the ground, up onto the hill but not over the other side.

But we also need to individualize our efforts. Some people have huge comfort zones and need stark and frightening depictions of war, chaos and disaster to get them to pay attention to warnings. Others however may already be on the verge of becoming overwhelmed and therefore frightening them more will be counterproductive. I expect senior politicians and business leaders will be in the former group.

We could try using our psychodynamic knowledge and consider the role of hope, cognitive dissonance, and defence mechanisms. It seems knowledge, emotion and action have somehow become uncoupled in a socially constructed silence around the climate emergency. We might tackle this with better communication and education especially of young people. Teaching not only accurate scientific knowledge but also the emotional effects. Maybe by using art, psychology or theology based interventions.

Despair can be a barrier. Some advocate encouraging hope and pragmatic optimism as ways to overcome it. The Stockdale Paradox describes the experiences of prisoners of war and lessons learnt about survival in extreme adversity. In this example, some prisoners held onto (unfounded) beliefs that they would be freed soon. Others had a more realistic approach accepting things would be more difficult. Those with the unfounded hope fared far worse in the long run. Those who maintained optimism but also a realistic view (pragmatic optimism) managed best.

There is sure to be something too we can learn from people who have already studied disasters and how people respond. The Protective Action Decision Model (PADM) and the Vested Interests theory of disaster preparedness are two of the psychological models developed to examine this.

Briefly, the PADM is a detailed model with three stages. The first includes warnings; the social and environmental cues, information sources, communication preferences and receiver characteristics. The second covers individual’s exposure to, attention to, and comprehension of, those warnings and cues, and their perceptions of the threat and of the actions needed. Thirdly it looks at the behavioural responses; searching for more information, taking action and emotional coping, and what facilitates and impedes that.

The Vested Interest model is simpler and identifies five areas; the stake people have, the salience of the threat, the degree of certainty, the immediacy and perceived self-efficacy. In the climate emergency for example, it’s the youth that have a larger stake, but it’s easily crowded out by other demands. It’s not on your doorstep like a hurricane. There’s too much uncertainty and some wonder if there is anything they can do anyway.

But the prize for the most insightful account of how people prepare and what they actually do in a disaster goes to the airline safety researchers. There’s lots of clear evidence from simulations and accident investigations. It’s remarkable but only 4% of passengers actually read the safety card! And reading the safety card has been proven to save lives. And less than a third can be relied upon to act as directed in an emergency no matter how much information they are given. I think we urgently need to understand this phenomenon because if it’s the same for the climate emergency, then we have a lot of work to do.

So what does this mean for those of us trying to persuade people of the dangers of climate change? Well, firstly no one model will fit everyone, so try different things. Question if it’s worth trying to shift the 96% who don’t read airline safety cards. Instead, should we focus our efforts on certain groups such as politicians and policy makers? We may achieve more if we find out where our audience’s Vested Interest is; whereabouts are they in the comfort zone; how far up they are on the Yerkes Dodson hill and what factors of the PADM are relevant. We need to be ready to interpret cognitive dissonance and denial.

Whichever we choose to do, there are a lot of people, a long way from where they need to be at the moment so it has to be targeted, quick and effective. 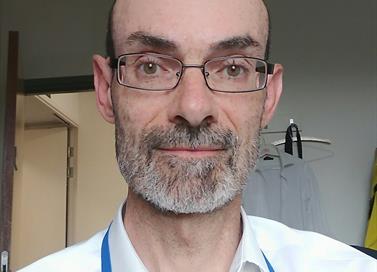