Depicting the climate emergency through art

At COP26 I met an artist and a scientist who have collaborated to accurately reflect the impact of climate change on our landscapes through visual art.

Cold Regions Warming is an exhibition of paintings on the dramatic impacts of climate change on the Northern Hemisphere’s vast cold regions focusing on Russia and Canada.

The artist, Gennadiy Ivanov, who now lives in London but comes from Russia originally, worked with two climate scientists, Professors John Pomeroy from Canada and Trevor Davies from England.

He has illustrated how the permafrost in both countries is melting and how years of extracting oil has caused damage to the environment which is visible now, but is also contributing to increasing the global temperature which will accelerate its decline further.

He talked me through one of his dramatic paintings which is called “The end of the endless oil train”. These trains were up to 3 kilometres in length and brought oil across Canada for decades. One of the environmental impacts has been to warm up the ground beneath the rail line, resulting in thawing of the permafrost layer and destabilising it.

This has resulted in trains being derailed with loss of lives and oil spills of over 1 million litres of oil at a time. In 2013 the derailment of an oil train from the US caused an explosion with a 1K blast radius and the deaths of 47 people in Lac Megantic, Quebec.

In this painting there is a sense of a narrative with the coal train moving along the spectacular Canadian landscape but two thirds across, the line terminates, signifying an ending to this practice. Above it, there is sunlight in the sky which gives a sense of hope but below the train there is blackness representing the toxic impact of oil spillages on the soil. 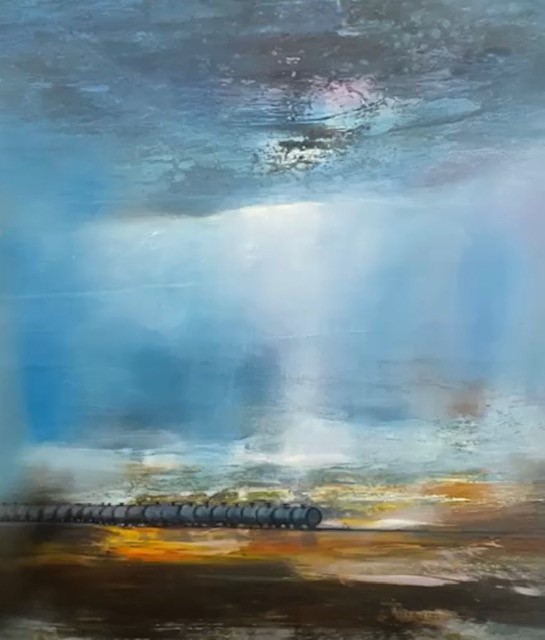 Some of his other paintings were of mountain landscapes which are still covered in snow and ice. Through conversations with two climate scientists, he then produces a visualisation of the future world with melted glaciers, incomplete snow coverage and arid hills. There are also dramatic depictions of forest fires, spring coming early and glacier decline.

We talked about how important it is to convey the climate change we are witnessing now and the devastation our planet is facing without meaningful action by us right now. We also reflected on how children and young people might feel when confronted with such stark, frightening images and how crucial it is to engender hope and positive action, rather than despair and hopelessness.

Another eco-artist, Vincent J.F. Huang from Taiwan, has an exhibition with visual art and a sculpture, all of which depict polar bearing life jackets.

The sculpture shows four distressed looking bears on the remnant of ice on which they are marooned. Several pictures match up a polar bear with famous works of art and statues for example the Statue of Liberty and Michelangelo’s Pieta. The effect is initially humorous and pulls you into to contemplate the sheer awfulness of a much-loved mammal which is losing its habitat because of global heating. 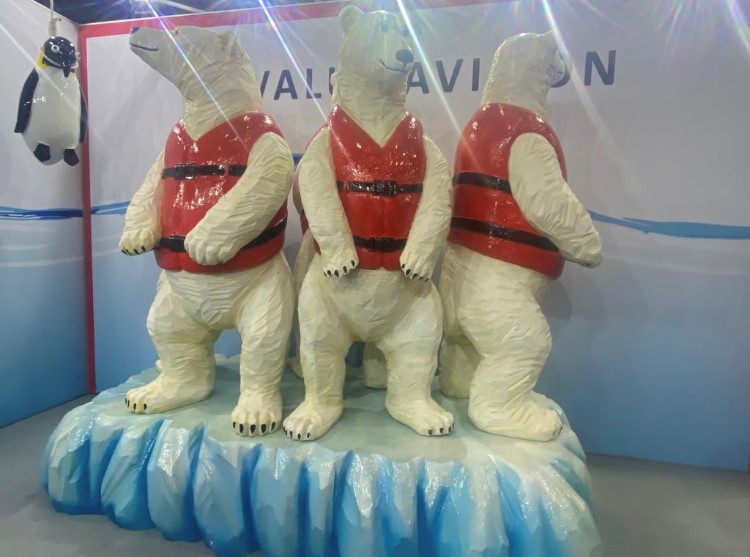 Attending COP26 has been an amazing learning experience and I am struck by the seriousness and commitment of the scientists I meet. Above all they are worried, because they have known that our planet is heating up for many years and they are desperate for all of us to accept this and act on this “inconvenient truth”.

Other things I’ve learned is that as individuals we can take action and not just wait for our elected politicians and government officials to agree a deal. I’ve heard that if we aren’t vegetarian or vegan yet, to “eat less, better meat”. To start off by knowing our carbon footprint now, both individually and within our services, “we can’t manage what we can’t measure” and work out how to reduce it.

I’ve also heard from UK companies who have already taken the initiative, studied each part of their supply chain and are working towards zero carbon by 2030.

We now have a chance to choose how we spend our money, we can reward those businesses which are making a difference and push the others to follow suit. In the past we have talked about the “pink pound” and the “grey pound” – surely it is now the turn of the “green pound”.

Which brings me to how we can best support our children and young people, to join their activism, to empower them to make changes in their home, schools and communities. Somewhat patronisingly, the ability of children to influence their household’s spending and activities has been called ‘pester power”.

A great antidote to eco-anxiety is to take action and I hope that we will see how effectively this generation of young people can make us all take heed and work together to reverse our planet’s destruction.

See all of our COP26 blog posts 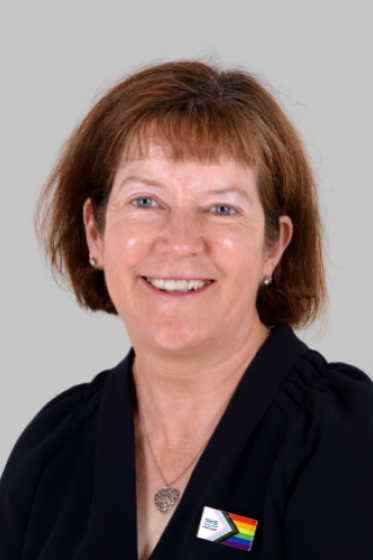