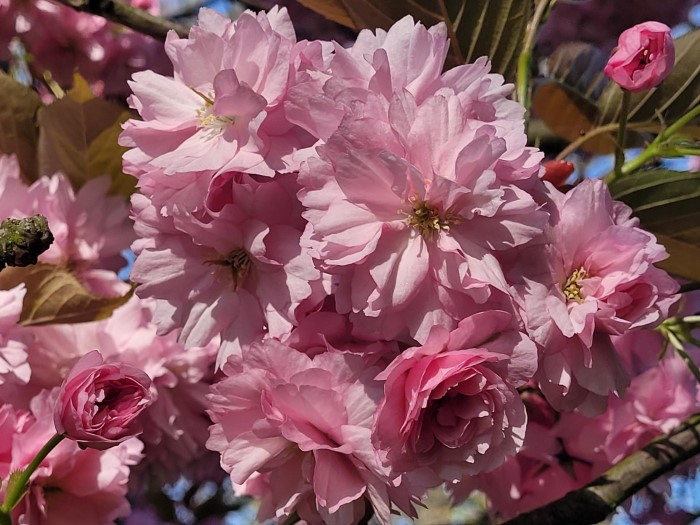 Loneliness is not new to the pandemic and we know that we suffer with loneliness for all sorts of reasons, with profound effects on our mental and physical wellbeing. One doesn’t have to be alone to be lonely. We can be lonely through lack of relationships,  but also when in relationships, within families; loneliness amongst leaders is well recognised. Loneliness due to mental illness, stigma and hiding can be profoundly debilitating both for the patients and also for their families and loved ones.

Through the pandemic – I linked up with many people through Twitter, something I didn’t imagine I would have done previously quite as much – not being too active on social media platforms. The only one I use is Twitter –  I joined Twitter when Chair of the Perinatal Faculty, in an attempt to disseminate faculty work as well as other interesting work in the area.

As my confidence with Twitter has grown, I have posted occasional art related interests as well as seasonal botanical flora.  Through the pandemic, I found myself posting photos of the changing flora in local parks, woods, dells...wherever the socially distanced walk or cycle took me.

Having been struck with the virus in early March 2020, as I recovered and was able to get outside to my garden, I posted photos of flowers – bluebells, tulips, rhododendrons.  I took myself to my favourite row of cherry blossom trees in Greenwich park and would post the buds and flowers as they appeared.

As I posted the photos,  I struck up a ‘Twitter conversation' with a woman, a mother, a widow, isolated at home due to her physical illness – she was physically disabled and couldn’t walk and relied on carers coming to see her as she had no-one else to support her. She encouraged me to keep posting photographs of the flowers, as she couldn’t get out of her home, but she had learned how to use Twitter- the photographs broke her loneliness.

I only got to the blossom trees a few times that year. I usually try to go several times a week, in the weeks leading up to the blossoms appearing, watching and waiting from the earliest leaves and buds in March to the explosion of pale pink petals in their full glory in April. I was able to discuss my love of cherry blossom with my new Twitter acquaintance. Our shared desire was to chase the cherry blossom in Japan one day - travelling from the most southern island northwards as the blossom opened - a dream she had always wanted and would never achieve now that she was disabled.

As the Covid months went by, we continued our conversation on Twitter about flora - she was grateful as this took her away from her loneliness she said. I was pleased that my occasional photos were able to support her in some way. What a powerful tool for good social media can be, even more so through Covid.

She touched on her loneliness occasionally. As well as being physically disabled, she was deeply saddened by her son who has a serious mental illness – schizophrenia or schizoaffective disorder – she wasn’t sure. She was estranged from him, as he had become very paranoid and she was no longer able to support him due to her own disabilities – she described feeling a failure and guilty as a mother for not being able to support him properly through Covid and hoped that he had the support of mental health professionals.

He too was isolated and lonely – predating the pandemic – she had watched his gradual social decline and isolation into a hermit-like existence since his twenties. She described her loneliness as his carer for several decades before she became incapacitated herself. This of course is something we hear from carers whose loved ones have serious mental illness...how much more have they suffered from loneliness through the pandemic.

On 27 November 2020, as the pandemic progressed loneliness featured in the unveiling of the finding of the biggest ever study on the early years – the 5 Big Insights - study with insights into the perceptions of the early years. The landmark research, commissioned by The Royal Foundation of The Duke and Duchess of Cambridge and conducted by Ipsos MORI, revealed what the UK thinks about the early years. It also explored how COVID-19 had impacted the perceptions and experiences of parents and carers of the under-fives.

The publication of this research followed nine years of work by The Duchess of Cambridge in which she has looked at how difficult experiences in early childhood are often the root cause of key social challenges such as poor mental health, family breakdown, addiction and homelessness – with the cost of late intervention estimated to be around £17 billion per year in England and Wales.

The increase in loneliness for parents was more apparent in the most deprived areas. These parents were more than twice as likely as those living in the least deprived areas to say they feel lonely often or always (13% compared with 5%). Compounding this,  there was a rise in the proportion of parents who felt uncomfortable seeking help for how they are feeling from 18% before the pandemic to 34%.

As we slowly move into a more normal world as we learn to live with Covid, there is hope. That Covid-related loneliness will improve. Contact with other people is a basic human need. A focus on loneliness, and how to prevent this to support our mental health, is a welcome focus.

The meaning of Sakura - cherry blossoms in Japan - runs deep, making the country’s national flower a cultural icon revered around the world not just for its overwhelming beauty, but for its enduring expression of life, death and renewal. Blooming season is powerful, glorious and intoxicating, but tragically short-lived — a visual reminder that our lives, too, are fleeting. The blossom offers hope that we should make the most of the beauty and pay attention. It was good that the shared photos and connections on social media offered some respite to at least one person’s loneliness through the pandemic.