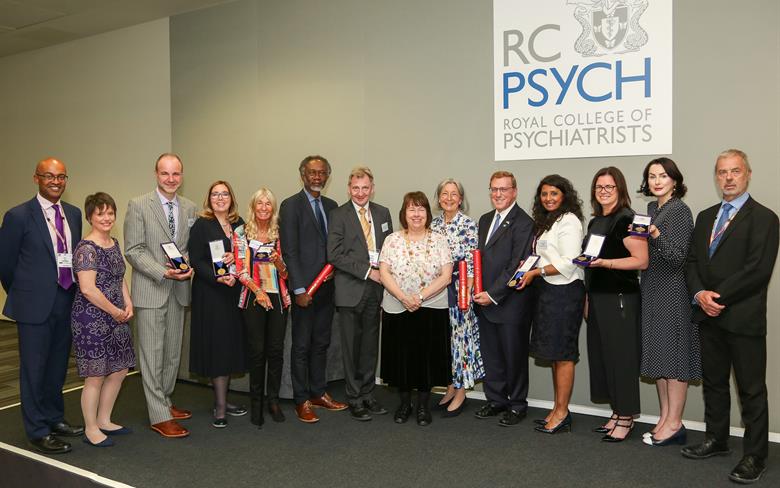 A journalist, neuroscientist and psychologist are among the seven people awarded a President’s Medal for improving the lives of people with mental illness, at a ceremony during the Royal College of Psychiatrists’ annual International Congress.

The medals, which were introduced in 2010, are awarded to those who have contributed to policy, public knowledge, education and meeting population and patient care needs in challenging circumstances.

Presenting the awards, Professor Wendy Burn, president of the Royal College of Psychiatrists, said: “It is always a challenge choosing the winners of the President Medal as so many people across different sectors are working to improve the lives of people with mental illness.

“The seven winners have worked tirelessly to ensure that awareness of mental illness and the need for quality services to treat people is higher than ever before.

“The College are deeply grateful for their contributions and we look forward to continuing our work with them over the coming years.”