Simon Rose is all too well aware how unhelpful being sent out of area for mental health care can be. 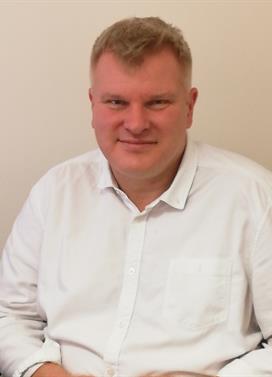 In 2013 he became a father again, but had a breakdown at around the same time and attempted suicide.

He urgently needed medical help for severe depression, but no NHS bed was available locally. Instead, he was sent to a NHS-funded bed in a private hospital in Harrogate, 80 miles away from his Alfreton, Derbyshire, home.

For him, the experience was extremely disorientating. He was being cared for by people he had never met before in completely unfamiliar surroundings. For his family, the experience was equally unsettling – or as his wife Janine put it, a “bloody nightmare”. They were desperately worried about him and unable to visit him regularly because of the two-hour journey from home to Harrogate.

“It was a nightmare being so far away from my wife and new baby and it definitely set back my recovery.

“My community psychiatric nurse couldn’t come up to Harrogate so I had to be well enough to travel back from Harrogate to Derbyshire on the train to start thinking about being discharged from hospital.

“The strain on my family was horrendous. My wife was trying to cope with having a newborn baby at a time when I was not just severely ill, but physically absent. They wanted to visit me regularly in hospital, but it was a two-hour drive, so that was impossible to do often.

“Being so far away and struggling to communicate properly hugely increased her worry and made it difficult for her to feel part of what was happening. And as older parents, our local support network was very limited.”

He spent 14 weeks in hospital. As his time there continued, his wife became increasingly worried that their baby, Louisa, who was only two months old when he became ill, wouldn’t recognise him when he finally got home. Simon said:

“People shouldn’t have to travel long distances for fairly routine mental health care. My experience, at a time when I was extremely vulnerable, was made many times worse for being cared for out of my local area.

“Action is needed to address this right now and I welcome the College’s call for more psychiatric bed in areas where mental health services are struggling with high levels of demand – as an initial step which is part of a broad range of short, medium and long-term measures it is proposing.”