In the first blog of our Choose Psychiatry series, Dr Stania Kamara takes us behind the scenes of the criminal justice system, as she explains some of the lesser-known aspects of forensic psychiatry.

Hi! My name’s Stania and I’m a forensic psychiatrist based in London.

Despite misconceptions, those with mental illness are sadly more likely to be the victims of crime than offenders. However, the small number who do offend fall under the remit of forensic psychiatrists, and our job is to interface between mental healthcare and the criminal justice system.

In a way, we’re storytellers – tasked with communicating the lived experience of our patients to police, the courts, and other justice professionals, so that they can fully understand how someone’s mental illness relates to their offending behaviour. You’ll find us in many disparate settings: from assessing newly-arrested people in police stations, to treating those who’ve been detained in hospital.

One of the most challenging aspects of our job is working within the sometimes-binary context of the law. Judges and probation often want to be able to attribute a percentage of someone’s crime to a cause – how much their drug-taking, or diagnosis of PTSD, was at play. But psychiatry isn’t like that, and so forensic psychiatrists are tasked with painting a more complex picture, while taking into account all aspects of a person's story.

A lot of the work of forensic psychiatry is hidden behind closed doors and within secure facilities, and consequently can seem a little unknowable. So here I’m going to present a few things that you (probably) didn’t know about my subspecialty.

We might assume the attitude of those in the criminal justice system to be one of staunch authority – but it’s often the opposite. Fear is a common response: when police, lawyers and other personnel are dealing with a very ill person who’s committed a crime, they often need you to hold their hand and talk them through what’s happening. They’re very, very happy that you’re there.

I also spend some of my time recommending that judges give sentences – which, when you consider the stigma people often hold against those with mental illness, is really interesting! Alongside appropriate mental health support, a criminal charge, where appropriate, can be a useful reminder for some patients of why it’s important to adhere to treatment.

A sentence can be a therapeutic one

Judges also have the power to give sentences beyond sending someone to jail or mandating community service. They can order that someone starts or continues mental health treatment, sees a mental health professional or enters drug rehabilitation. There’s a lot of value in that.

And patients can join therapeutic communities in prison – to help them manage difficult emotions and aggressive behaviours, or to access support around trauma and substance misuse, which are both incredibly common. Prison services definitely need to be improved on: long waiting lists and limited treatment options can affect outcomes for patients, especially when you consider the mental health impact of being in prison itself.

But many prisons do have great support – teams of nurses, psychologists, therapists, and psychiatrists from different subspecialities – and we know this care results in a reduction in rates of violent reoffending.

We have many long-standing relationships with our patients

As many forensic psychiatrists bounce from setting to setting, you might assume that we don’t get to establish more long-term therapeutic relationships with patients. But if someone is in a secure hospital, they’ll often have months or years in hospital, and you can get to know those patients as they recover and move forward with their lives.

In my own practice, there are some people I’ve supported all the way through a hospital stay. I’m reminded of Sam*, a young man in his twenties who, after going to university, had begun to experience psychosis after smoking skunk cannabis. His illness resulted in him dropping out of university, becoming more reclusive and fearful due to paranoid thoughts. He’d later assaulted a police officer whilst acutely unwell.

Sam was given what’s called a ‘hospital disposal’ – where a judge orders that a patient goes to hospital for treatment, instead of prison. I was part of a team providing his treatment. Initially he refused any kind, but as our weekly sessions continued, he began to trust us, eventually accepting medication and engaging with talking therapies. Our occupational therapists – who provide a vital and often overlooked role in rehabilitation – helped Sam engage with sport and activities in the community, after he’d spent many months indoors and isolated from the wider world.

Sam and I set goals together, and one by one I watched him reach them. When the time came to write to the Ministry of Justice for his discharge, I was heartened to see what our support had provided him – and he went back to study whilst living in the community with mental health support. It was a real transformation.

Public protection is a key part of our work

Yes, we’re doctors, but public protection is something forensic psychiatrists must balance with their commitment to the health of the individual patient. For example, I spend a lot of time in police stations, seeing those who’ve just been arrested. The police have a set period in which they need to either charge or release a person, and they pause this, so a psychiatrist – alongside a social worker – can decide whether the person should stay in police custody or be diverted to hospital.

This decision must be informed by public safety. For example, I recently met a patient who had stolen something during an episode of psychosis. He was actually trying to steal the display models of iPads from an Apple store – and it was obviously he didn’t really know what he was doing. As the offence was low level, and he had no prior offending behaviour, he was diverted to hospital to receive the mental health care he needed.

By comparison, let’s say someone had committed an offence such as murder or a serious assault during an episode of psychosis. Although that person is also acutely unwell, due to the severe nature of the offence and the potential risk to others, they would go to prison where they will be able to access mental health care from the inreach team. Having a mental health illness may be a contributing factor to someone’s offending behaviour, but it has to be considered in the context of the safety of others.

It is often hugely uplifting work

It’s no secret that many of the patients we work with have faced remarkable difficulty. Compared to the general adult population, I find they tend to have a much higher instance of childhood trauma and neglect – and we sometimes see them trapped in cycles, where they are released back into an environment that is unsupportive or enabling, only to offend again. On the other hand, they may only touch base with someone like me once, meaning our windows for making change are short.

But in a way, that’s what makes this work all the more rewarding. Every encounter with a patient is an opportunity for a positive interaction. And you might be the only person that they’ve ever felt able to talk to. Our meeting might be the only space where they can say how petrified they were the time someone pulled a knife on them, or where they can cry, or just say they really, really miss their family.

And I think that’s worth it. It’s what keeps me in my role. If you value communication and empathy, and want to make a difference to those who are especially isolated and stigmatised in their communities, I can’t recommend forensic psychiatry enough.

*Names and some details have been changed to protect patients’ anonymity. 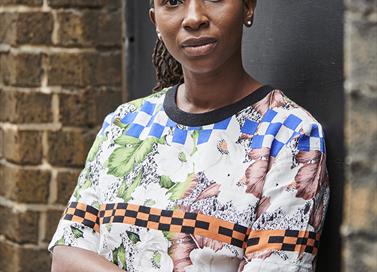