View from the front: three perspectives on military psychiatry

Working with NATO, training to evacuate from helicopters, tackling the Himalayas…Surgeon Lieutenant Commander Charlie Tweed and his two colleagues explore some of the surprising and challenging opportunities they’ve taken in military psychiatry. 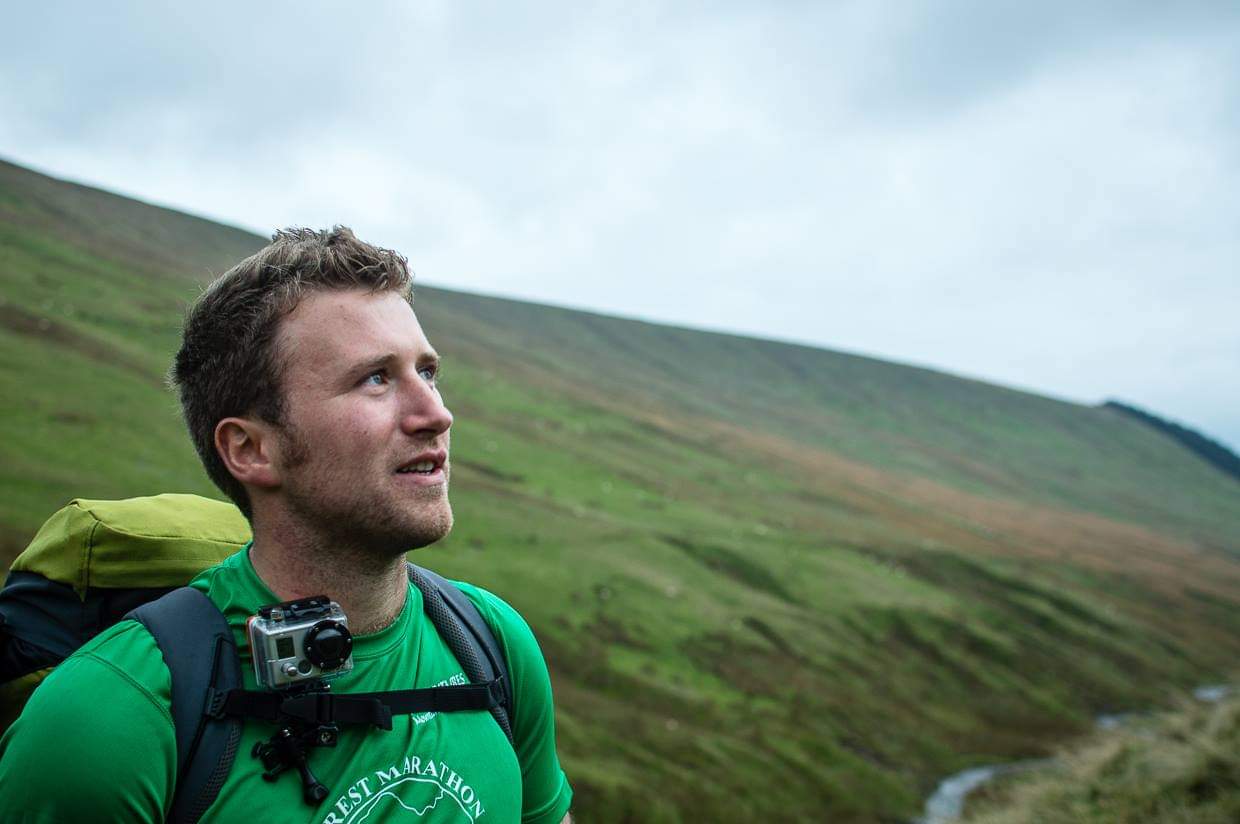 Hi – my name’s Charlie, and I’m a Surgeon Lieutenant Commander in the Royal Navy, currently seconded to South London and the Maudsley for psychiatry training.

Military psychiatrists work to care for people serving in military environments, where many aspects of risk – from the physical danger of armed conflict, to increased exposure to high stress and trauma – vary greatly from civilian life. Our patients are usually motivated to get better and back to work, and benefit from robust support structures, making life as a clinician efficient and rewarding.
There are also a wide range of military skills, experiences and opportunities you can engage in – from undergoing extensive military leadership training, to competing in sport at an elite level – as well as the bonus of potentially better allowances associated with the increased demands of military life.
I’ve had some incredible, diverse experiences in my training – from serving on submarines to accompanying the Royal Marines around the Middle East and Africa. I’ve visited some of the most beautiful places this world has to offer, and worked in highly testing environments, too.
But people’s roles and experiences in military psychiatry are very different, so I spoke to two of my colleagues on the highlights and challenges of their own careers to give a broader picture of our work.

“Before I began my psychiatric training, I served as the doctor on two submarines, helping to deliver the UK’s nuclear deterrent. Being the doctor onboard a submarine provides unique challenges and I am very proud to have become a submariner!
I have also served with the surface fleet on some fantastic deployments. Joining HMS Daring in Singapore and bringing her back to the UK via a number of countries in Asia, the Indian Ocean and Europe was a brilliant experience – not only to see new countries and cultures, but also in supporting Command on such an important world tour.
This provided me with my first experience of being a doctor in a deployed environment and right then, I knew I had made the right decision to join the Royal Navy. I was also assigned to HMS Severn, spending time in the Caribbean and USA. I supported Command and provided the day to day medical care for the crew. Both from a professional and personal perspective, these were fantastic experiences.
Since becoming a psychiatry trainee, I have been able to take part in a number of unique opportunities. I was appointed as Secretary to both the NATO Military Mental Health Panel and Military Mental Health Panel Research Task Group, where I have worked with senior military officers from across the world on exciting projects. I have taught at the Institute of Naval Medicine, been given scholarships towards studying for an MBA, and the opportunity to help develop the new military psychiatry credential at the College.
Simply put, there are so many opportunities in the military that are just not available in the civilian world!”

“Military consultant psychiatrists are unusual in that they are among the very few specialists who work exclusively with service personnel and are not embedded in the NHS. Working with soldiers is a privilege and is incredibly rewarding.
Prior to starting my psychiatric training at the Maudsley, I served as acting Regimental Medical Officer to an airborne unit – meaning I provided medical advisory to the Commanding Officer, and was responsible for the health and readiness of the regiment. I also worked as the ‘Resus’ General Duties Medical Officer in the UK’s Role 2 Light Manoeuvre (an air-deliverable medical asset which provides damage control resuscitation and surgery) and took part in numerous exercises around the UK and further afield, from Gibraltar to Kenya.
I also went with members of my regiment on an expedition to the Himalayas and Everest Base Camp. Living in close proximity with your patients, being their team mate and sometimes friend as well as their doctor, prompts reflection on professional boundaries and behaviour. It is also an important humbling experience to be surrounded by soldiers much stronger and more capable than oneself!
Often working as the only doctor, being an Army Medical Officer tests your resilience and adaptability. It is also incredibly rewarding to work with strong teams of committed people who have a great sense of humour.”

Before I began psychiatric training, I spent around four years deployed abroad on operations. I performed a combination of roles – as the Medical Officer for two submarines, followed by three Royal Marine teams in the Middle East and Africa.
These environments provide unique experiences and sometimes quite extreme challenges. I was often tasked with working in emergency situations in remote and austere environments – spending long periods well away from any support, where the nearest hospital was sometimes hours, days or weeks away. This certainly developed my own skills from both a medical and personal perspective. Making decisions in sometimes dangerous environments to keep you, your patient and your team safe can be intensely testing, but also satisfying – pushing the boundaries of what you think is possible.
You may also find yourself dealing with mental health conditions in extreme situations and – though these patients take up a lot of time and resources – they can be extremely rewarding to treat. You may also know things about these patients that you just wouldn’t have time to understand in the civilian world, as you’re able to witness their day to day interactions interpersonally, as well as their coping skills under pressure.
All of these experiences improve your handling of ‘grey areas’ and, for me, have meant that on coming back to NHS hospitals for psychiatry training, I have found decision-making comes more naturally and with less anxiety.
During my psychiatry training, as well as through the additional medical courses the military provide, I have competed in kitesurfing for the Royal Navy and been skiing in Bavaria – so the travelling and opportunities continue!

How do you train?

There are a number of routes into military psychiatry – from joining as a medical student to joining as a consultant psychiatrist.

Most people will join while at medical school, for which the services provide generous sponsorship and opportunities for adventure training and exposure to military activities. Following your foundation years – or on entry, for those who join later – you’ll attend officer training at your respective military college: Dartmouth for the Royal Navy, Sandhurst for the Army and Cranwell for the Royal Air Force. This includes basic military training, physical fitness and leadership training.
On successful completion of officer training – which usually takes several months – you will undertake specialist medical training to set you up for life as a Medical Officer (MO). This varies on the service you have joined, but usually involves learning specialist medical skills, planning, military psychiatry and occupational medicine – from responding to chemical, biological, radiological and nuclear disasters, to preparation for working in remote and austere environments. In the Royal Navy for instance, we cover things like how to evacuate from capsized helicopters underwater, firefighting, and basic sea survival.
You’ll then start an exciting and rewarding period working with military units, as a General Duties Medical Officer (GDMO). For the RAF, you’ll usually serve at a UK base which may be a flying station, whereas the Army and Navy may deploy you at home or abroad. The GDMO period can last between two and four years.
Specialist psychiatry training within the services involves being seconded to the NHS alongside other doctors. During this training, you also complete additional military training and competencies, including working in Defence Community Mental Health (DCMH) placements in the UK and abroad. Some trainees have worked with NATO and most will study for a higher degree. Generally, your final ST6 year is undertaken at a military base to prepare you for life as a consultant.

Starting as a psychiatry trainee or consultant

There are opportunities to directly enter the services if you are already a psychiatry trainee or a consultant psychiatrist, too. After officer training, life as a new military consultant varies, but is generally based at one of the military departments of Community Mental Health across the UK, looking after the service personnel in your catchment area. This involves assessment and treatment of a range of mental health conditions as well as liaison work with local units in occupational advisory and psychoeducation capacities. These roles may then develop as your experience and seniority increase.

All in all, military psychiatry will equip you with a broad and unique set of skills to weather the toughest challenges – alongside all the benefits of treating patients and seeing them learn to manage their mental illness.

If you would like to find out more, you can email careers@rcpsych.ac.uk, or follow my colleague Luke Baker (also Chair of the College’s Psychiatric Trainees Committee) on Twitter at @drlukebakeruk. 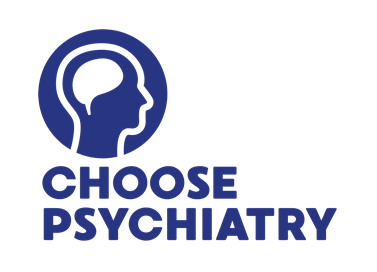 As a psychiatrist, you’ll draw on your medical, scientific and interpersonal skills to work with people of all ages and from all walks of life. The treatment and support you provide will change lives.
Find out more
Previous post Next post