In early August 2017, I found myself sitting in a small, slightly stuffy room in an old building in the grounds of Dykebar hospital in Paisley, listening to a senior doctor speak.

It was hot but that didn’t explain my rather flushed face and racing heartbeat. This was “changeover day” and I was listening to the induction for higher trainees in psychiatry.

It had been 18 years since my last changeover day, and I was nervous and more than a little apprehensive. The thought running through my head was “What have I done?”.

It was exactly where I wanted to be, despite my nerves and anxieties. I had worked for 14 years in a community post as a specialty doctor, starting the job to try to have more “life” in my work-life balance.

I had two children at the beginning of the noughties and the post suited me well during that period. I had my own caseload of patients, and it was a privilege to get to know them over an extended period.

Should I return to training?

There was always a plan in the back of my mind to return to training, but the “right time” didn’t happen until quite a few years later when a number of new consultants joined the team. They were enthusiastic and dare I say it, younger than me.

This was a real wake up call! Consultants weren’t supposed to be younger! More seriously, watching them work, I began to think “I could do that”.

This thought grew until with support and encouragement, I began to consider returning to training. Psychiatry is such an interesting area of medicine.

Being able to have the time and space to really listen to patients was what first drew me to a post in the specialty.

I love working as part of a team which, although not exclusive to psychiatry, is such an important aspect of mental health care and treatment. Returning to training would allow me to build on my experience in the community team.

I began to study for the first time in over a decade. Not only did I need the support at work but also at home. Studying and working is not easy, as many trainees will know. I sat and passed Paper 1 in 2012 and in 2016 passed the CASC examination. With the support of my consultant colleagues, I was able to evidence the core competencies needed to return to training.

“One of the best things I’ve ever done”

When I think back to that hot room on induction day five years ago, I wish I could tell myself not to worry. Returning to training has been one of the best things I have ever done. It has been a real privilege to train alongside some of the most motivated and impressive trainees I have met.

They have also been so very welcoming and supportive, especially during the early days of the COVID pandemic. I have also continued to have informal mentoring from my former colleagues in my old workplace.

I am about finish training at the end of this month and am almost sad in a way, that training must end.

I hope I can give as much support and encouragement to trainees and SAS grade doctors in my new role as a consultant psychiatrist as I have received in the last 10 years.

I can’t thank my former supervisor, Dr Debbie Monaghan and the other consultants in the team enough for everything they did to help me return to training. 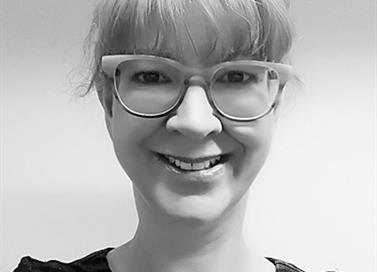 Dr Duncan is a Specialty Registrar in adult liaison psychiatry at NHS Greater Glasgow and Clyde.