Filipe F. Thomaz discusses portrayal of depression in his game Into A Dream

Into a Dream is a game set within the mind of Luke, a man experiencing severe depression. The player assumes the role of an outsider who has been sent into Luke’s dreaming mind, with the task of rescuing him from this depressed state. The player visits Luke’s memories while speaking to mental representations of Luke and various characters from his life, in order to understand the roots of his depression and help him recover.

Clearly this form of intervention has no equivalent within modern medicine, so the game’s initial conceit is one we accept as either fantastical, or as a complex analogy for support and therapy. However, once the story is fully told, we find that the story is more grounded than we were initially led to believe.

The creator of the game, Filipe F. Thomaz, wanted to approach the topic of mental health due to his interest in other people. “I've always been a very observant person,” he said. “I’m fascinated by people, how they act, how they emote and why they emote, and how different people have different ways of processing and dealing with information.” While he didn’t do in-depth research for the game’s content, he did use his own observations. “It's difficult not to just look around and see how many people are struggling,” he said. “It's becoming a lot more evident that people have all sorts of mental health-related issues that are preventing them from being happy or achieving their potential.” 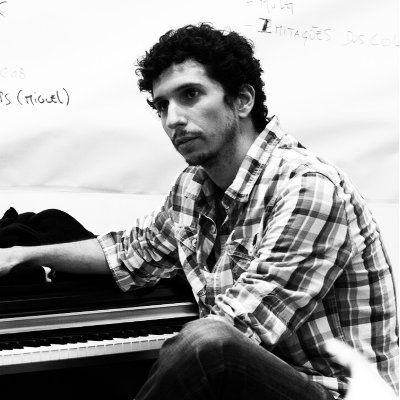 Filipe F. Thomaz made a spectacular leap into game development. With no prior history in the field, he made Into A Dream in under two years
One of Filipe’s inspirations was the 2011 title To the Moon by Freebird Games. “It’s something I really liked because it was very grounded in reality,” he said. “Although you go into someone's mind, it was basically a story of a person. It’s not a game that focuses on mental health; it just touches on mental health through the story of this man and the unveiling of what happened to him.” He praised To the Moon’s focus on character and realism, something he also wanted to convey in Into A Dream in order to develop an emotional connection between the player and the characters.

The game is intended to have a broad appeal, to raise awareness of depression. “If someone can understand exactly why [Luke] arrived at that state, that would be fantastic,” said Filipe, who wants people to be able to talk about the topic and understand how “people have different ways of responding to certain events.” Filipe agrees that someone who has had depression will not necessarily relate to the experiences within the game. But he stresses, “I don’t talk about what it is to live with depression. I talk much more on what led to the depression, and that is somewhat specific.

The game talks about a big external cause that drives all this, and most people will not identify with what led [Luke] there.” He hopes that players who have not experienced depression will gain some sense of how a person could logically become depressed through their life’s journey.

What also makes this a game for allies is how much of it is spent helping Luke to open up about what is going on. The initial manifestations of Luke and his inner world are idyllic. The game begins in a tranquil forest and when the player first meets him, Luke does not appear to have any concerns at all. “I did that on purpose,” said Filipe. “When someone starts playing the game and forgets that the person has depression, and in the end understands how everything ties together, that is something I want everyone to experience.”

The Luke you see at first is how he wants to be seen. For Filipe, this represents how it is not always apparent if someone is experiencing mental health issues, because of how society forces them to “put a mask on and say that everything is okay.” In this way, he hopes the game will encourage us to be more attentive to what is happening around us. “Maybe we can do something by being more observant and trying to understand others.” 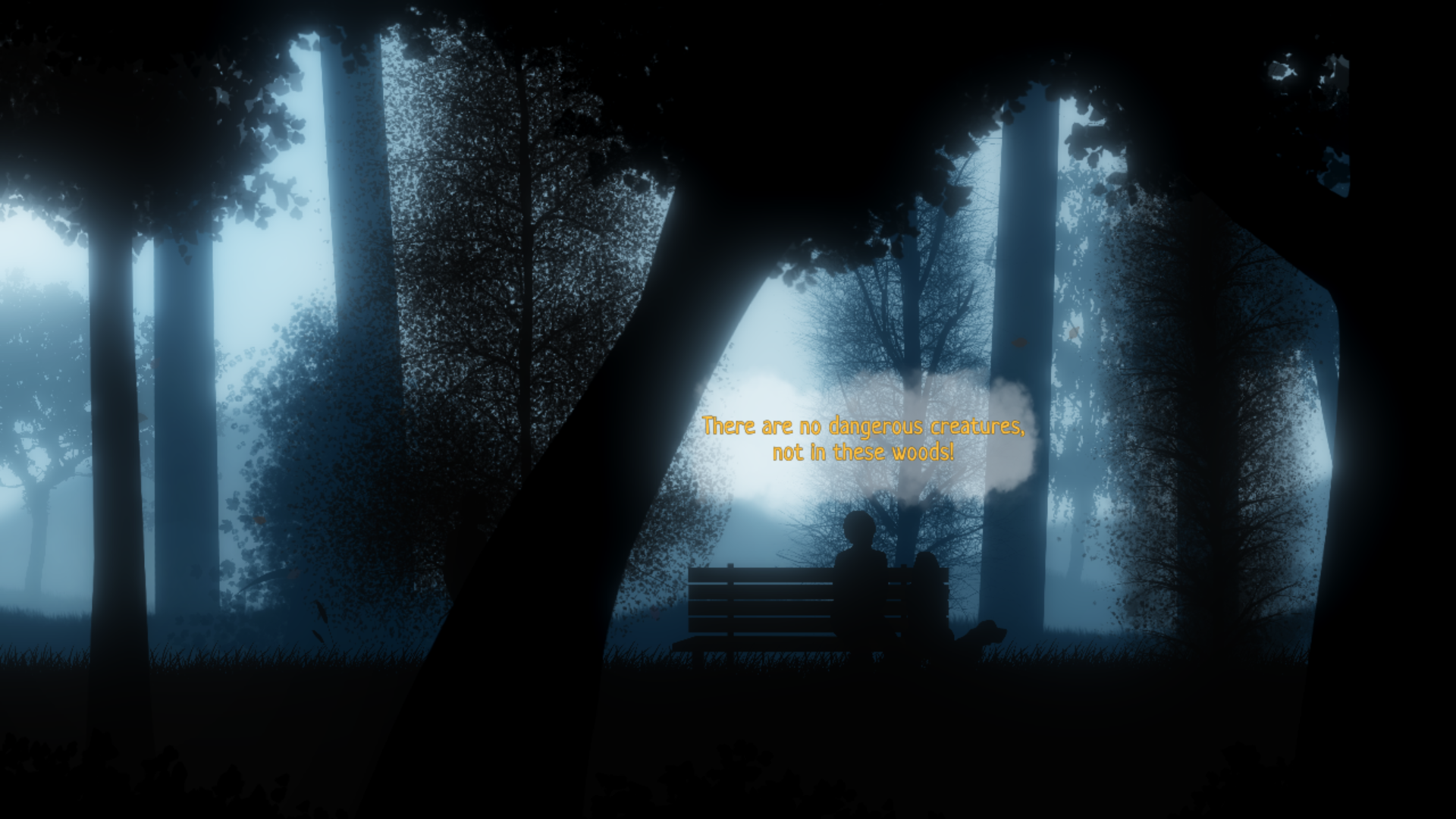 Characters in Luke’s mind repeatedly assert there are no dangers in the woods, but who are they trying to convince?

As the player explores Luke’s mind, they will see memories of his life that are often distorted by how Luke perceives them or wants them to be perceived. Gradually the life events that have led to Luke’s depressive state are revealed. Although depression is multifactorial in aetiology, this game by its nature focuses on the social factors and life events that contribute to Luke’s illness. Filipe planned out Luke’s story to be realistic, though it is not based on the experience of any particular person. The life events Luke experiences are, however, things that could conceivably contribute to depression, with many ranking high on the Holmes and Rahe stress scale.

Filipe’s portrayal of depression within the game is drawn mainly from life. “I have friends who have suffered from depression and some who struggled with it for long periods of time. Although I have not experienced it myself or done any formal research, I used a lot of my hands-on experience from observing a third person.”  Naturally, this informs the game’s outsider point of view. While some games such as Celeste or Night in the Woods show the perspective of the person experiencing mental health issues, Filipe feels the third-person perspective offered by Into A Dream is also important. “We need to tackle this issue from both sides. To help people to cope better with it and to improve, but also for society to change their behaviour or accept these kinds of issues.”
As the game progresses, the player reaches deeper levels of Luke’s mind where Luke is less able to hide his depression. This is portrayed by changes in the game’s environment, with reduced natural light, gloomier weather, and an oppressive, hostile atmosphere. The appearance of eyes on the walls, and accusatory messages scribbled in the background, hint towards paranoid symptoms which can be present in people with severe depression. These nods towards delusion are further reinforced by Luke’s baseless ideas of his own guilt. 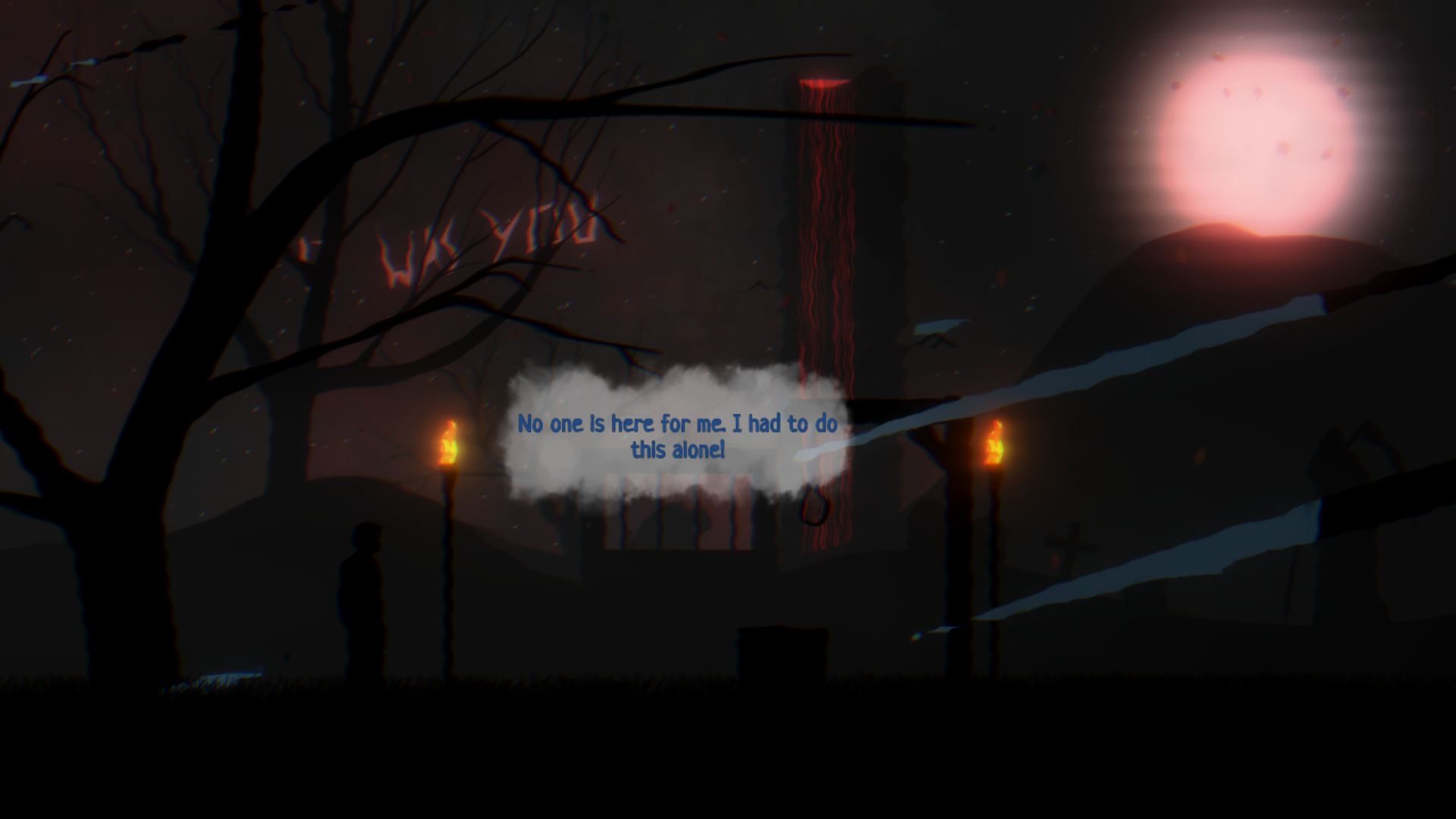 Deeper in Luke’s mind we see evidence of his cognitive distortions, feelings of guilt, and paranoia

Filipe is aware of reservations people may have about Into A Dream’s overall premise. “People have fears that the game is going to treat depression as something you need to fight away,” he said, “but the truth is it’s nothing like that.” Without giving too much of the ending away, it’s worth noting what does not happen: Luke is not cured of his depression. The real achievement is setting him on the road to recovery. “You help him take the first step,” said Filipe. “You’re basically holding him with one hand when he’s about to enter the darkness and just keep him there for a little longer.”

In the end, we learn that Luke has begun taking medication and started psychological therapy. It’s not a rule that all games dealing with mental health should portray therapy and the recovery process, but it is refreshing to see. But the game does not claim medication and psychotherapy to be a miracle cure: Luke’s ultimate outcome is left unknown. Filipe wanted to be open to the possibility that, as with many illnesses, treatment might not be effective. “Taking the example of cancer,” he said, “I’ve met a lot of people who miraculously survived when everybody thought that they wouldn’t, and I’ve met a lot of people who tried their best but still succumbed to the disease. The reason why you fought for this, the reason why you went searching for help, is not exactly to solve the problem that brought you there in the first place. It’s independent from that.”

All in one experience

Into A Dream can be finished in an evening and is a gripping experience carried by its narrative, visuals, music and voice acting. There are occasional puzzle-platforming elements which the game could’ve done without, but they aren’t too obstructive. The game starts with a fantastical idea, but ends as a sober story of a person reaching through the darkness to begin their path to recovery. To get out of that darkness, he needs to understand how he got there in the first place. As such, the game promotes understanding that behind any mental illness there is a life story, and that mental illness is not a moral failing, but rather something that can happen, in part, because of what we’ve been through.

Into a Dream is available for Microsoft Windows, Linux, and macOS systems