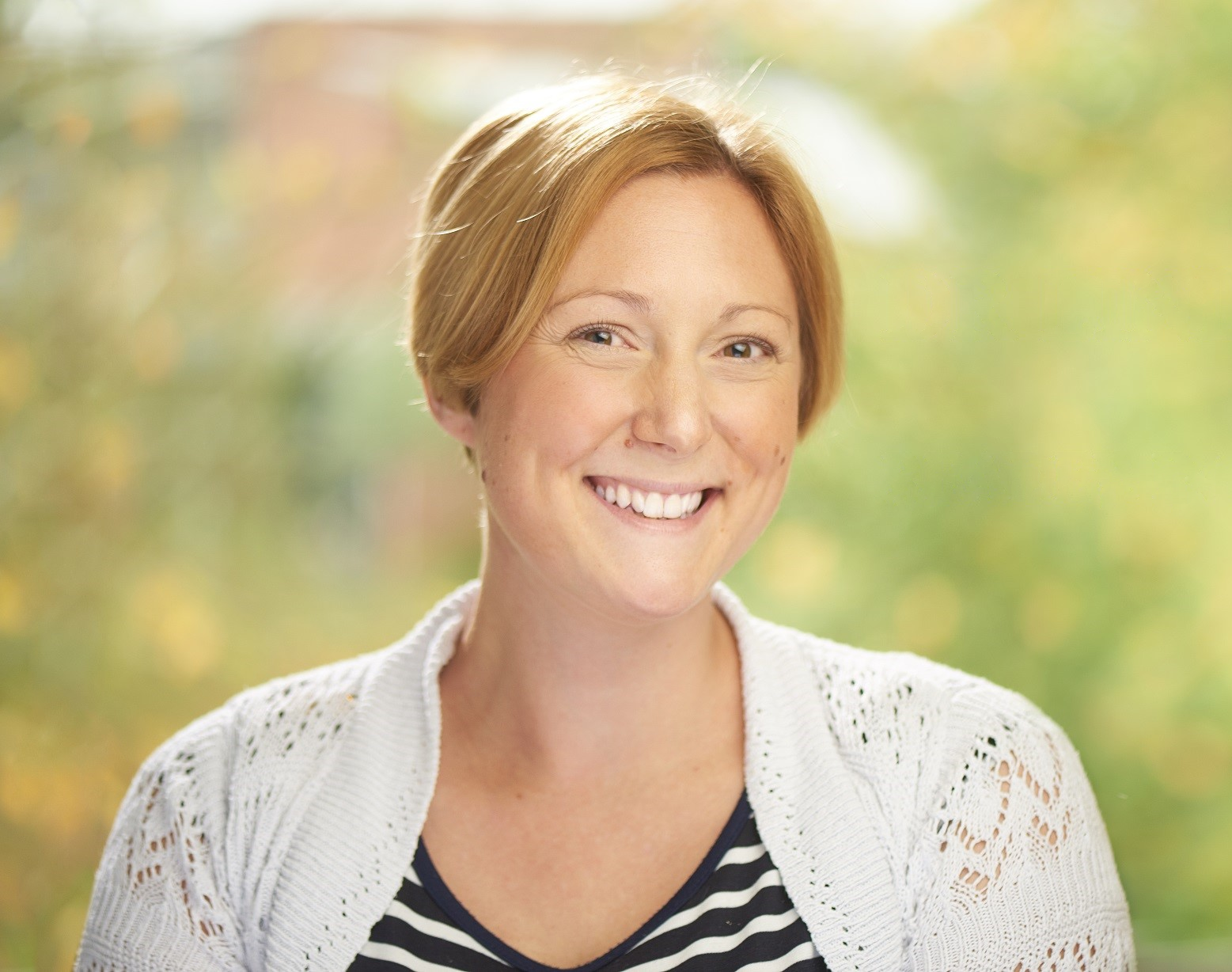 A couple of years have passed since Gaming the Mind last published an article on gaming disorder, so I spoke to Dr Linda Kaye, a specialist in Cyberpsychology at Edge Hill University, and Chair of the British Psychological Society’s Cyberpsychology Section, to get her take on the issue.

Her work includes publications on social identity within games and gaming culture, alongside other things, and she was one of the voices on the disorder-critical side of the gaming disorder debate.

Kaye doesn’t believe that much has changed in the field since gaming disorder’s inclusion in the ICD-11. Several issues still need refining, and she feels the diagnosis has led to a confirmation bias in research, rather than encouraging academics and clinicians to understand the problem on a deeper level. She worries that, for many people, their first exposure to gaming research will leave a negative impression of gaming, because there is more visibility to research that suggests problems with games, so they are unlikely to see the positive side of gaming or the on-going debates around the diagnostic labels.

The World Health Organisation (WHO) uses the broad term ‘gaming’ in its ICD-11 gaming disorder diagnostic criteria. For Kaye, this leads to issues with specificity and shows a lack of understanding of games on part of the WHO. She states that this is a phenomenon that also occurs in the gaming disorder research world: very different games are lumped together as if they’re one homogenous category. Even the term ‘online-games’ can arguably include anything, from a puzzle game on a mobile phone, to a game where the basis of play involves meeting up in online social spaces such as in massively multiplayer online games (MMORPGs).

Kaye suggests that to understand someone’s gaming behaviour, it is critical to clearly establish the types of games a person is playing and what their patterns of play are. She believes that some games seem very unlikely to cause problems with control over use, whereas those with loot box or other gambling-like mechanics are more likely to be problematic. Yet even when there are clearly elements within games designed to keep people glued to them, many people will have a healthy engagement with those games.

Moving on from diagnosis to treatment, Kaye believes it would be hard to recommend a treatment to someone experiencing problems with their gaming, until the constituent behaviours of such game play are known. Different games will elicit different gaming behaviours, so clinicians need to understand specific patterns for specific games.

For example, how does the person feel invested in the game? Monetarily? Socially? As a coping strategy? What are the game’s structural components, such as reward systems? Some games are going to lead to more engagement by the very nature of how they are played. One example that Kaye gives is an MMORPG which might involve membership to a guild, where loyalty and a meaningful contribution to the guild’s goals are critical. So, the thing that keeps a player playing is being with friends and gaining a sense of belonging, achievement, and mastery.

A player might feel they will let their guild down if they leave the game right in the middle of a big raid. What needs further exploration are the factors driving a player’s participation in such games, how they affect engagement, and the presence of risk factors for gaming behaviours to become problematic.

“Time is a game played beautifully by children.” ― Heraclitus, Fragments

For Kaye, many of the perceived problems with technology, including gaming, start from how some of us choose to spend our time and how society believes time is best spent. There is often concern from parents about the quantity of time spent online or playing a game, but the function of that time is disregarded. Kaye suggests that simply looking at limiting gaming time isn’t the best way to set boundaries. Time is an easy target because it’s quantifiable, but understanding the quality of gameplay is more challenging. On a surface level, a player may seem to be playing a game for hours on their own, but they might be exhibiting more functional and adaptive behaviours than is immediately apparent. Kaye highlights positive reasons why someone may play games: to stay in contact with friends; to meet new people; to build social networks and social capital around games. Such factors aren’t relevant for every type of game, but for some, they’re key.

So, rather than talking about gaming as an umbrella term, there needs to be advice around specific games and specific behaviours. Kaye likes to remind us that many video games are just a contemporary version of the games people played in the pre-digital era, like board games. Such games are unlikely to be problematic, despite the moral panics they have provoked in the past. On the other hand, some online games offer sophisticated social elements or are fully integrated into existing social media platforms. There can be a synergism between online marketing and game design which may drive engagement and lead to problems with control over gaming. Such games are qualitatively different from discrete, predominately offline, gaming experiences. Again, there needs to be more focus on the structural components in games, e.g., online elements.

The online social aspect of certain games is critical for Kaye and generates further important areas for research. What do we mean by being social in online gaming? How can we understand levels of socialness? Being social looks different in online gaming spaces compared to the traditional physical world, so there needs to be a better understanding of what’s healthy and what isn’t. Kaye suggests we should be curious about the different kinds of social behaviours players engage in when they play specific games.

For example, the prosocial role of spectatorship in Twitch streams is a new and under-researched phenomenon, and is similar, Kaye believes, to the kind of community people get from watching and supporting their favourite football team. Kaye points out that playing and watching a game gives people an easy common topic to talk about and can reduce perceived stakes in social interaction. She believes it can create a social glue which leads to commonality within broad communities.

Gaming disorder research needs to improve in quality, according to Kaye, who believes the field relies too heavily on self-reported data. This is a problem because often gaming behaviours can be quite impulsive or unconscious, so the player might be less aware of doing them and so find it difficult to report. To get round this problem, she believes implicit measures of game-related biases need to be advanced, to quantify the in-game cues that promote attentional bias over others. Knowing whether there are certain game-related cues which draw attention, promote expectancies, and in turn, encourage engagement can be a basis for understanding how these vary for different types of games, structural components and different types of players.

Kaye feels strongly that games companies should grant researchers access to data concerning patterns of play that might be deemed excessive or problematic. This would help to address issues with self-report, as a more objective measurement of behaviour. Such data may even prove useful clinically: in the future, a clinician might be able to use metrics from a patient's play data to monitor aspects of their well-being. Another key issue with gaming research, highlights Kaye, is that despite the concerns around the effects of gaming on children, less research is done with them compared to adult populations, and even less so in co-creation with them.

Kaye agrees that, despite considerable reluctance from some to agree that gaming disorder, as it stands, is a valid diagnostic entity, most people would agree that a minority of players can develop problems with their gaming use. However, for Kaye, most of those players are likely to have a primary problem, from which disordered gaming is a secondary manifestation.

In January of this year, a study was published in the journal Addiction using a Delphi method to review the clinical utility of the criteria for diagnosing gaming disorder. This included a panel of 29 experts, 11 of whom were on the WHO ICD-11 gaming disorder committee, who were asked to judge the DSM-5 ‘internet gaming disorder’ (IGD) criteria and the ICD-11 ‘gaming disorder’ criteria according to clinical relevance. Four criteria, all from the ICD-11 diagnosis, were deemed to meet high clinical relevance: loss of control, gaming despite harms, conflict/interference due to gaming, and functional impairment. However, three of the DSM-5 IGD criteria (tolerance, deception, and escape/mood modulation) were felt to be unhelpful. I asked Kaye what she thought of these findings.

She agrees that the tolerance criterion for the DSM-5 IGD diagnosis has limited validity, as people can engage healthily with games in an intense fashion. This suggests that the application of such new diagnostic criteria needs to be conducted by specialists in the field with sufficient knowledge of games, gamers and addictions, and an awareness of the limitations of the current evidence base for the disorder.

Several key messages are worth highlighting from our conversation. Kaye believes the ICD-11's description of gaming is too broad and lacks game reference points, which leads to the issue that we need to be specific about what types of games are problematic, perhaps even down to the level of individual games. If we focus in further, we need to understand which elements within games are problematic and why. Time isn’t the only way to establish a boundary, and when anyone has problematic gaming behaviours, we need to carefully describe and explore the function of those behaviours without resorting to unnecessary pathologisation.