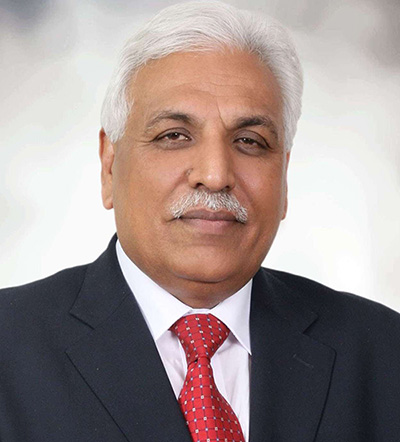 I am pleased to share my professional journey in psychiatry from the time of my medical school. Despite having extremely limited exposure of mental health or psychiatry in the medical school, I chose to do psychiatry and opted to have my internship and basic training in psychiatry after completing my first degree in medicine from King Edward Medical College, Lahore, Pakistan. Like many other developing countries, teaching and training about mental health was not considered as a priority or a preferred choice for many graduates in Pakistan at that time.

However, the scene in Pakistan was not that dire and during the 1970s, there was a gradual shift in the practice of psychiatry that brought a new face to this emerging specialty.

My initial training proved very stimulating for me and this first exposure to clinical psychiatry gave me a better insight about different dimensions of mental health and its practice in a country where sources were limited and unevenly distributed.

I must pay my tributes to my first teacher and mentor in psychiatry, the late Professor Rashid Chaudhry, who taught me the basis of psychiatry, its application and the meaning of well-being of mentally ill based on the philosophy of humanity, respect, compassion and kindness. I owe him a lot and will never forget these principles of care and ideas that are going to stay as guiding principles for me in my entire professional career.

After getting initial postgraduate training in Pakistan (Membership of College of Physicians & Surgeons Pakistan), I got a chance to come to the UK for my higher postgraduate qualifications.

I was lucky to get a position for my training in University of Edinburgh. The University department of Psychiatry was a prestigious institution and I was privileged to get my training from highly acclaimed British Psychiatrists including Professors Bob Kendell, Ian Oswald, and Norman Kreitman. While working in Edinburgh, I was actively involved in the Transcultural Society at the University and got more awareness about the importance of cultural diversity and its role in understanding the wider dimensions of mental health.

My thesis for the university degree, mental health of overseas students at the University of Edinburgh, again reflected my growing interest in this field. I also had a chance to spend some time at Maudsley Hospital and Institute of Psychiatry at London and again my interest in culture and mental health remained a preferred area of interest for learning and training at these prestigious institutions.

After completing my higher training in UK, I returned to Pakistan and continued my University job in Lahore. In addition to the teaching responsibilities at my job, I also started taking some keen interest in service development and planning teaching/training programmes for general practitioners and other non-medical professionals in psychiatry.

I was lucky to have patronage from several Pakistani Psychiatrists who had laid the foundations of modern psychiatry in this country. My association with Fountain House, a psycho-social rehabilitation centre in Pakistan was the land mark for my future vision, insight and aspirations in the field of rehabilitation psychiatry.

I was among the founders of Pakistan Psychiatric Research Centre (PPRC) that was established with an objective of starting and initiating research work in the field of mental health and organising teaching and training programmes for health professionals.

I continued my professional links with the University of Edinburgh and established new contacts with University of Warwick. I came back to UK in 1996 and started my work in NHS and with the University of Warwick. I availed this opportunity to get more into the Transcultural Psychiatry services at regional and national levels in this country and also setting up local rehabilitation services. I set up a group in the West Midlands (Midlands Psychiatric Research Group) with active support from Professor Mohan and other colleagues, and started having academic activities highlighting the needs to understand culture and cultural differences in managing mental health problems.

My work in UK opened avenues for my future international work. Having a special interest in psycho-social rehabilitation and links with Fountain House (a club house in Pakistan), I joined the Board of World Association for Psychosocial Rehabilitation (WAPR) and was elected WAPR’s Secretary General (2006-2009) followed by getting elected its President (2012-15). I also took the position of Chair of Richmond Fellowship Foundation, an international charity, working in setting rehabilitation and club houses in many countries.

While working in UK, I kept my links and connections with South Asia. I helped in establishing South Asian Forum on Mental Health & Psychiatry (SAF) and worked as founder Secretary General of this organization. It is worth mentioning that at one of the SAF meetings in Lahore in 2004, SAARAC Psychiatric Federation was established and I was appointed as an advisor of this regional association. I am privileged of being connected with SPF in this position till now.

My affiliation with the Asian Federation of Psychiatric Association goes back to 2002. I was instrumental in establishing this organization and was formally elected as its founder Secretary General and then AFPA’s president from 20017-2019.

I was always inspired by the World Psychiatric Association for its international and global role in the field of mental health. I started my links with WPA as an active member and office bearer of Pakistan Psychiatric Society and joined various committees of this organization during 1980’s 1990s.

It was indeed an honour for me to be nominated as a member to WPA’s various standing committees (Planning, Ethics & Nominations) during 2000-2011. I also served as the founder Secretary of WPA Section on Psychiatry in Developing Countries, Co-chair WPA Task force on Brain Drain and member of WPA Task Force on Disaster Management.

In 2011, I was elected to the WPA executive committee as Secretary for Scientific Sections and served this position till 2017 when I was elected President Elect of World Psychiatric Association. I will be starting my term (2020-23) as the next President of WPA in October 2020.

This brief note about my career in Psychiatry in UK explains the recognition of a South Asian psychiatrist who was acknowledged and appreciated by the College for his work.

Britain is a great place to work and there is no doubt that despite so many difficulties, the British system does value the capabilities of overseas professionals.

I do hope this blog will inspire many who are starting their career in this country about the rewarding nature of the work of a South Asian psychiatrist, but also outlines the welcoming trends that this country is offering to foreign professionals who come to UK in pursuing their future career.