What is the RCPsych Roll of Honour?

Over the years College members have shown considerable interest in the roll of honour. This has been in the form of enquiries relating to their omission from the roll, amendments to the spelling of their names and requests for changes to the dates they received their prizes. A member once wrote to me requesting that her name be included in the roll as she had received a prize for a poster presentation. She went on to tell me that she had only remembered about her award when she saw her brother`s name on the roll. She added that she was always in competition with her brother and that was the reason she wanted to her name to be included on the roll.

The roll of honour is an online publication of office holders of the College since 1971, and people who have received awards for achieving excellence in their work in psychiatry and mental health. It is also an important source of historical information about people who contributed to the development of the College and its predecessor bodies.

I started compiling the roll in 2010 when the Chief Executive Vanessa Cameron informed me that the then president Professor Dinesh Bhugra wanted the College to have a roll of honour. Initially, it was just a listing of office holders, honorary fellows and prize winners of the main College prizes. With time, it developed to include Faculty prizes, the RCPsych Awards, the President`s medal awards and names of the Pathfinder Fellows.

The roll of honour brings to life a tradition of celebrating achievement that began at the birth of the College in 1841. For instance, the first four honorary members were elected at the first Annual General Meeting held in 1841. They were Samuel Tuke of the Retreat in York, Dr Bowden of Hanwell, Dr Ghislane of Ghent and Mr William Farr. The names of these members were recorded in minutes of the first meeting. The practice of including the names of those elected was repeated for subsequent minutes of meetings. It was only after 1854 with the regular production of the Journal of Mental Science that names were then recorded in the Journal.

The roll also includes some historical awards and travelling fellowships, although most are no longer being awarded. The Gaskell Medal and Prize was established in 1886 in memory of Samuel Gaskell, Medical Superintendent of Lancashire County Asylum and a Lunacy Commissioner. Upon his death his sister, Mrs Holland, made a gift to the Medico Psychological Association (the College's predecessor body) for the Prize. It was awarded annually until 2008 by examination in accordance with the terms of the Gaskell Trust.

The Research Prize and accompanying Bronze medal was established in 1882 and was awarded to any officer below the level of medical superintendent of an asylum for the best dissertation on a clinical or pathological subject relating to mental disorder. In 1978 the Bronze Medal and Prize were replaced by a College Prize for Research, which included a Bronze Medal. From 2002 the Prize was sponsored by Organon. The last prize was awarded in 2006.

The awarding of the President`s Medal is a relatively recent development which began in 2009. This was created as an alternative award to the awarding of the honorary fellowship, which is still ongoing. It was agreed that the President would draw up a list of nominees in consultation with College Officers, and then submit it to the RCPsych Awards steering group for them to draft a final list to be approved by Council. 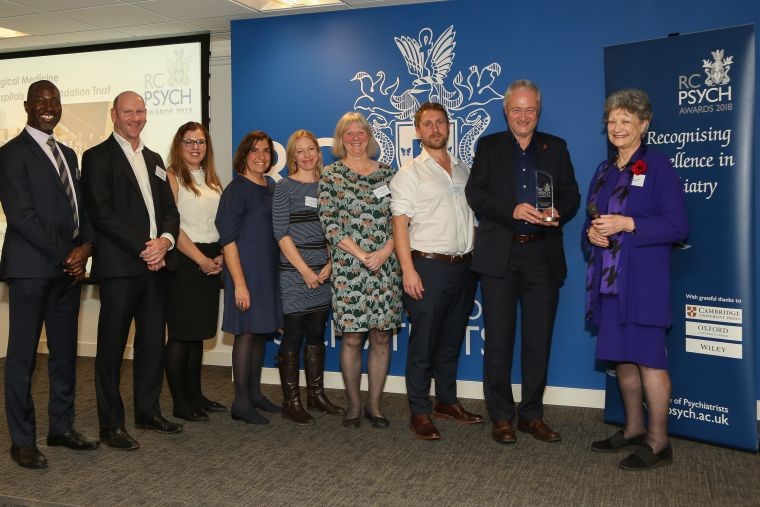 The RCPsych Awards were also established in 2009 as part of raising the College`s profile. The first awards ceremony was held on 6 October at the Royal Society of Medicine. At the October meeting of the Central Executive Committee (CEC). The President reported “Over 300 people had attended and had participated enthusiastically in celebrating excellence in psychiatry”. As the years went by this award developed to include nominations for work in mental health, and this reflected the College`s increasingly outward approach.

You can find out more about how to nominate a person or team for an award or get in touch to ask any questions about nominations.

If you would like to find more about the Roll of Honour you can get in touch at archives@rcpsych.ac.uk.