Out goes the silverware display, in comes the History Wall

Members who are visiting the College at 21 Prescot Street for the first time since the outbreak of the COVID-19 pandemic will be delighted to see the new look of the interior of the building. The refurbishment was carried out during the second half of 2021 when access to the building was restricted because of the lockdown situation.

In this blog post, I will attempt to explain the provenance of the silverware that was on display before it was replaced by our new History Wall display. The silverware display was housed in a case above the stairs leading to the mezzanine floor. This display case has since been sealed off during the refurbishment to create a space for the history wall.

The display featured items purchased by a donation from Dr I.C.A. Martin's estate, also known as the Martin Bequest. It is recorded in the archives that the original wording from the bequest stated that “the sum of £3,500 should be employed to purchase an important piece or pieces of solid silver to furnish the Royal College Headquarters where such piece or pieces must be displayed and acknowledged as 'The Martin Bequest'” The items that had been purchased from London Silver Vaults of Chancery Lane consisted of two silver heads and an abstract piece. Dr Martin was a fellow of the College, who had passed away in 2006. 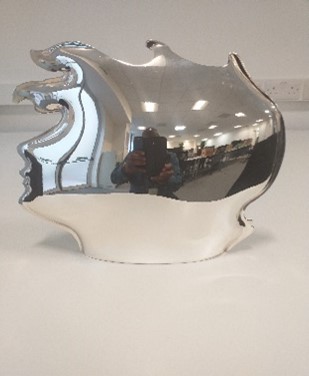 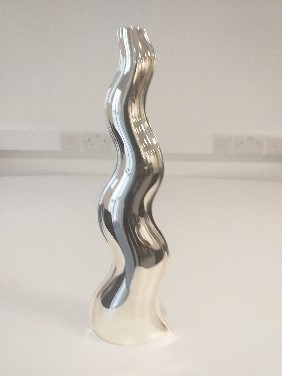 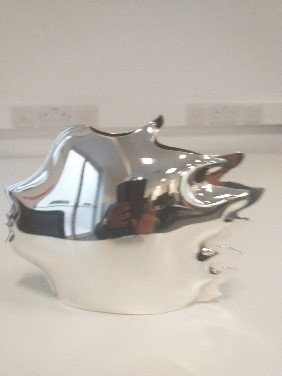 The other items on display were:

A silver bowl with gold butterflies which was presented to the President by Dr Morag Timbury, widow of the first College Registrar Professor Gerald Timbury. The presentation took place at the inaugural meeting of the College of Psychiatry in Ireland in 2008. 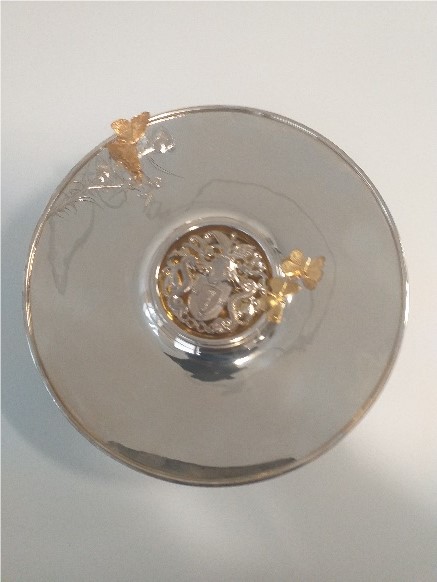 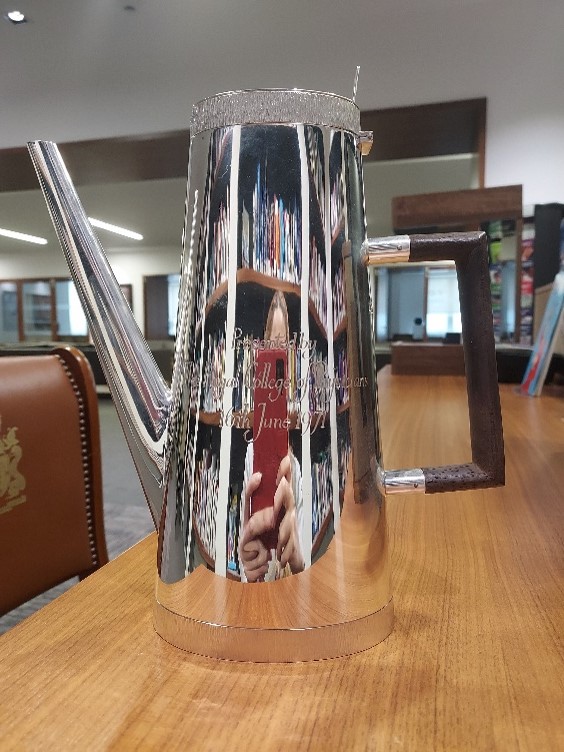 A tray presented to Derek Richter by his colleagues and friends on his retirement as Director (1957-1971) of the Medical Research Council (MRC) Neuropsychiatry Unit. The tray was presented in his memory to the College by his wife Molly in 1996. 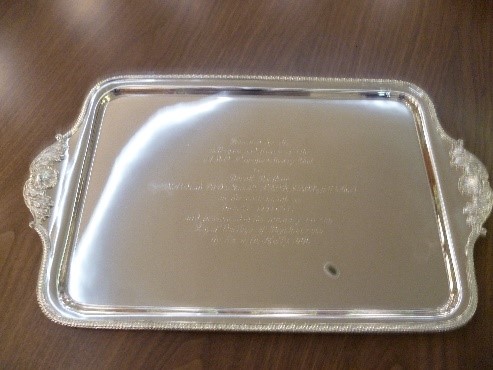 A Sheffield silver plate gift presented to the College in 1981 by Dr Henry Rollin on behalf of former Medical Officers Mess, Horton Hospital. The silver plate had been given to Colonel Dr J R Lord in 1931 by Sir Frederick Mott, a prominent neurologist and pathologist whose views led to the founding of the Maudsley Hospital. Dr John R Lord of Horton Hospital, Epsom was president of the Royal Medico Psychological Association, a predecessor body of the College in 1926. Dr Lord was appointed medical superintendent of Horton Hospital in 1907, and when it became a War Hospital from 1915 to 1919, he became its Officer Commanding with the rank of Lieutenant- Colonel in the Royal Army Medical Corps (R.A.M.C.). 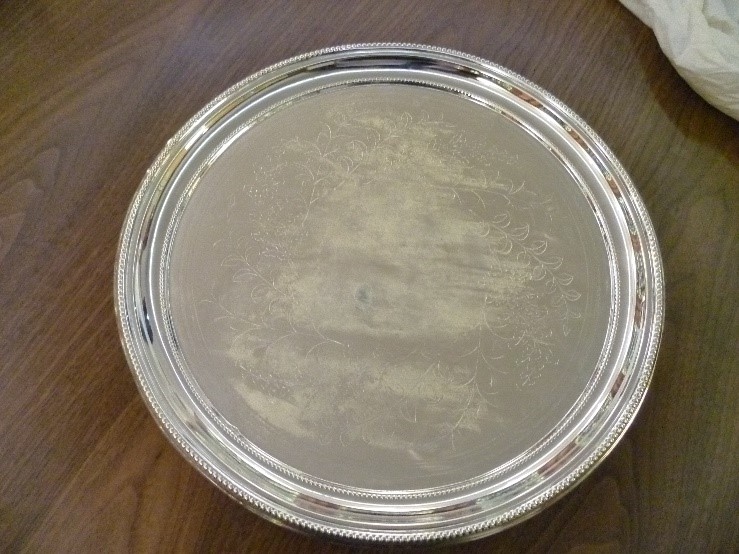 The display of the history wall replaced the silverware display. The history wall features panels with images of prominent personalities of the College and its predecessor bodies. These include Dr Samuel Hitch who helped found our predecessor organisation, the Association of Medical Officers of Hospitals and Asylums for the Insane in 1841, Dr Helen Boyle who became the first female president of the Royal Medico-Psychological Association in 1939, and Professor Femi Oyebode who became the first black member of the College to be presented with the RCPsych Lifetime Achievement Award in 2016. The wall also features logos that were used by these bodies. The history wall was created as part of celebrations for the 180th anniversary of the College since its founding in 1841.

The silverware is going to be housed in bespoke acid free boxes which will be stored in the archives repository, waiting to be brought out again for another display, maybe for the 250th anniversary of the College.