Image taken by Dr Hilton and reproduced with her permission.

May 27 2022 was a special day: the 228th birthday (as Google Doodles would put it) of Dr John Conolly. In 1839, Conolly was appointed resident physician to the asylum at Hanwell, which had opened 8 years earlier to serve the population of London. Conolly is best known for prohibiting use of mechanical restraint​—chains, straitjackets, hand cuffs and other devices—in the treatment of patients at Hanwell. His methods demonstrated the feasibility of greater compassion in the care of mentally disturbed patients in public asylums, and others followed in his footsteps.

May 27 was chosen for a ceremony to mark the unveiling of an English Heritage Blue Plaque commemorating Conolly. There were several speakers at the small gathering which took place in the “Garden of Rest” within the walls of the former asylum, now renamed St Bernard’s Hospital. What I said took the theme of good and bad clinical practice, rather than focussing on Conolly himself. It went something like this:

One hundred and eight years ago, in May 1914, George Edward D, a 30-year-old single man went to the police. He told them that he had been drugged, was being threatened and needed protection. He was admitted to Hanwell Asylum, suffering from what was known as “Delusional Insanity”. While a patient, he worked on the asylum farm, and despite his mental symptoms, he was noted to be a willing and obliging worker. After five months, including a period of trial leave, he was discharged home “recovered”. We can still read his clinical notes (Fig 1), now held by the London Metropolitan Archives, and see a photograph of him shortly before discharge (Fig 2). We do not know what he did during the First World War, but as a metal polisher and electro-plater, he may have been in a reserved occupation. Whatever he did, he survived that momentous period, but by 1921, when the post-war economic depression took hold, the Census tells us that he was out of work and living in a hostel. 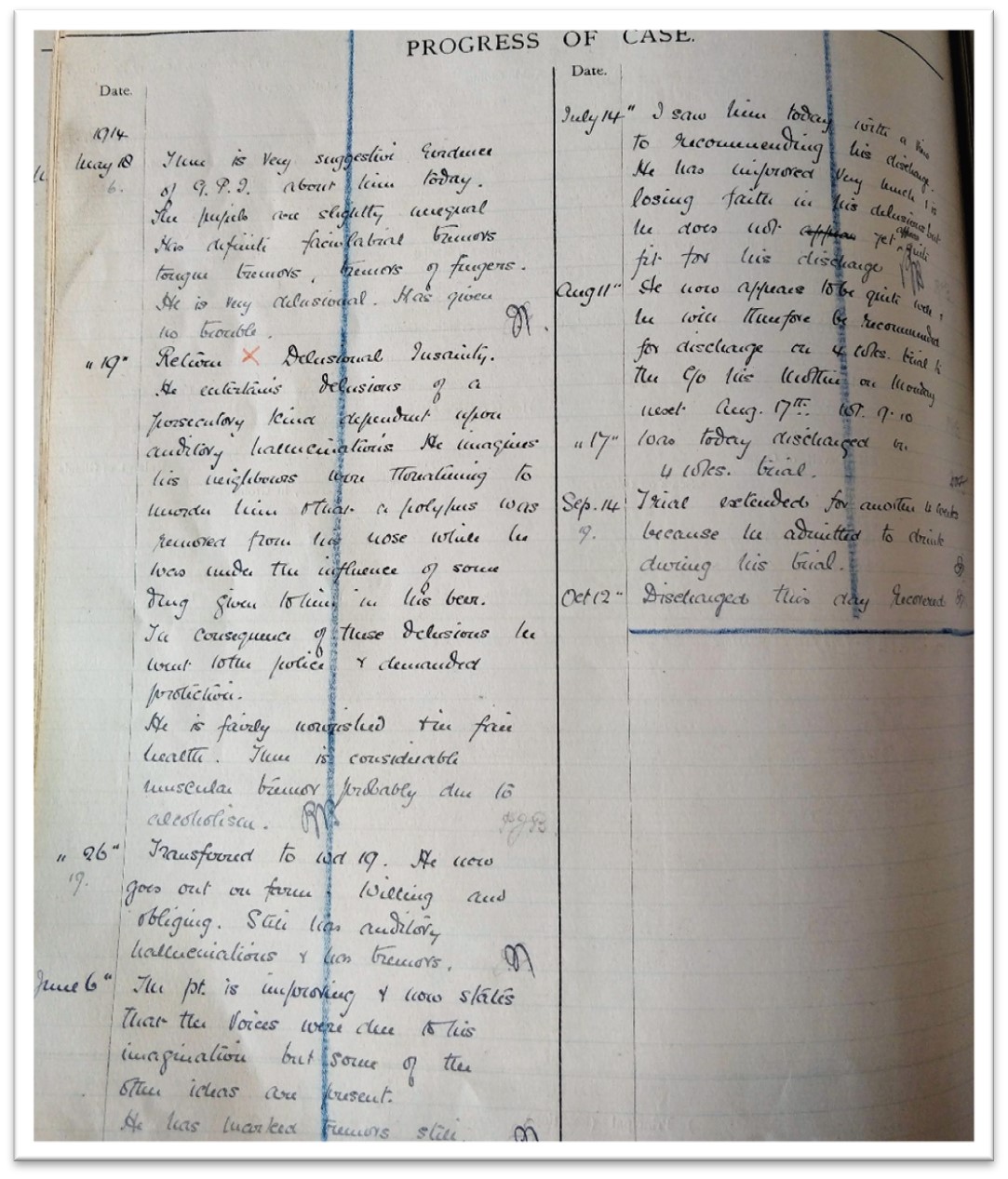 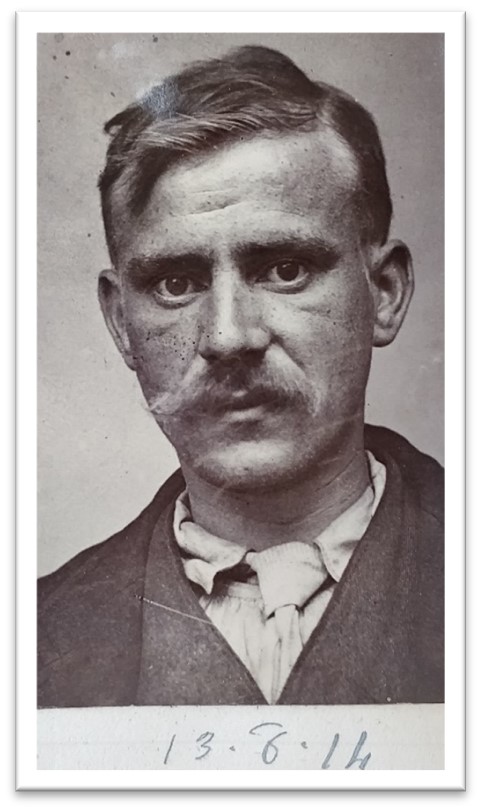 George was one of many patients discharged from asylums. His story contrasts with the usual narratives of inevitable custodial care until death. Good things as well as bad happened, and still do, in health and social care settings where society’s most vulnerable people are in the hands of staff who have control over their lives. We need to take a balanced view of past mental healthcare provision. Commemorating Conolly with a Blue Plaque helps redress the balance of the stereotypical myths that the former asylums equated solely with the bad old days of psychiatry. It also helps challenge the widespread assumption that we are inevitably better than our forebears, a belief which can lead to harmful complacency.

The plaque is also a milestone in commemorating the history of mental institutions. Last summer I visited one former asylum where a weather-worn foundation stone on an outside wall of the elegant chapel gave its origins. The building is now repurposed as a leisure centre. I went inside: “Please may I see round your building”, I said to a staff member, “I’m interested in the history and architecture of former asylums and mental hospitals.” Despite the foundation stone a few metres away, she replied: “Was this building part of an asylum? I had no idea!” Most repurposed former asylum buildings are devoid of new signs referring to their earlier use. It seems a taboo subject, and keeping their history concealed adds to the stigma of mental illness, then and now.

After Hanwell, Colney Hatch was the next public asylum built to serve the population of London. In 1879 the Rev Henry Hawkins, its chaplain, founded "The After Care Association for Poor and Friendless Female Convalescents on Leaving Asylums for the Insane".  Today, with a broader remit, it is the charity Together for Mental Wellbeing. Perhaps Hawkins is another pioneer of mental health care who should have a Blue Plaque. There are also in-patients worthy of commemoration—such as the artist Louis Wain—where the hospital authorities supported patients to excel in what they found meaningful.

Blue Plaques should help stimulate public curiosity with the potential to learn from the past to improve the future. They should also help to reduce stigma associated with mental illness and with the places where distressed and mentally unwell people could, and can, go for help. I hope others will follow Conolly’s example of providing innovative compassionate care, and the example of West London NHS Trust, to celebrate more mental health care pioneers from over the generations.

Have a look at the English Heritage blue plaques website. The person must have died over 20 years ago, and the building displaying the plaque has to be an original building in which they lived or worked, not just the “site of” their activities. English Heritage is responsible for the London Blue Plaques, but there are similar schemes elsewhere. Perhaps you have some heroes and heroines from the not-quite-so-bad-old-days of psychiatry, who had the courage to take action to improve the humanity of psychiatric care and who you would like to see commemorated.  Do let me know (email historian@rcpsych.ac.uk) if you have any suggestions, along with your reasons why and on which specific, original building you would put the plaque.