Exploring the Legacies of Eugenics in Psychiatry – Part I

The exhibition ‘We are not alone’: Legacies of Eugenics, hosted by the Royal College of Psychiatrists until February 2023, draws attention to the complicated relationship between eugenics and psychiatry during the first half of the twentieth century. This blog post highlights some aspects of this relationship, while reflecting on the importance of coming to terms with assumptions and attitudes rooted in eugenics which continue to linger and influence our world today.

An obsession with degeneration and decline, concerns with empire and racial supremacy, and the idea of society as an organism in need of constant supervision contributed to the growing attachment to eugenics during the second half of the nineteenth century Britain. But it was Francis Galton’s prolific work on heredity that spearheaded it.

Galton envisioned eugenics to be a necessary strategy that would ‘direct’ the evolution of man towards a better life. He recognised that some traits were hereditary, and he favoured some over others. The unwanted traits contributed to ‘defective’ biological and social inheritance. To control heredity, he claimed, was to ensure the betterment of future generations and the survival of the species. Galton’s definition of eugenics was simply ‘the study of agencies under social control that may improve or impair the racial qualities of future generations either physically or mentally’. (F. Galton, Memories of My Life, 1908, p. 321) 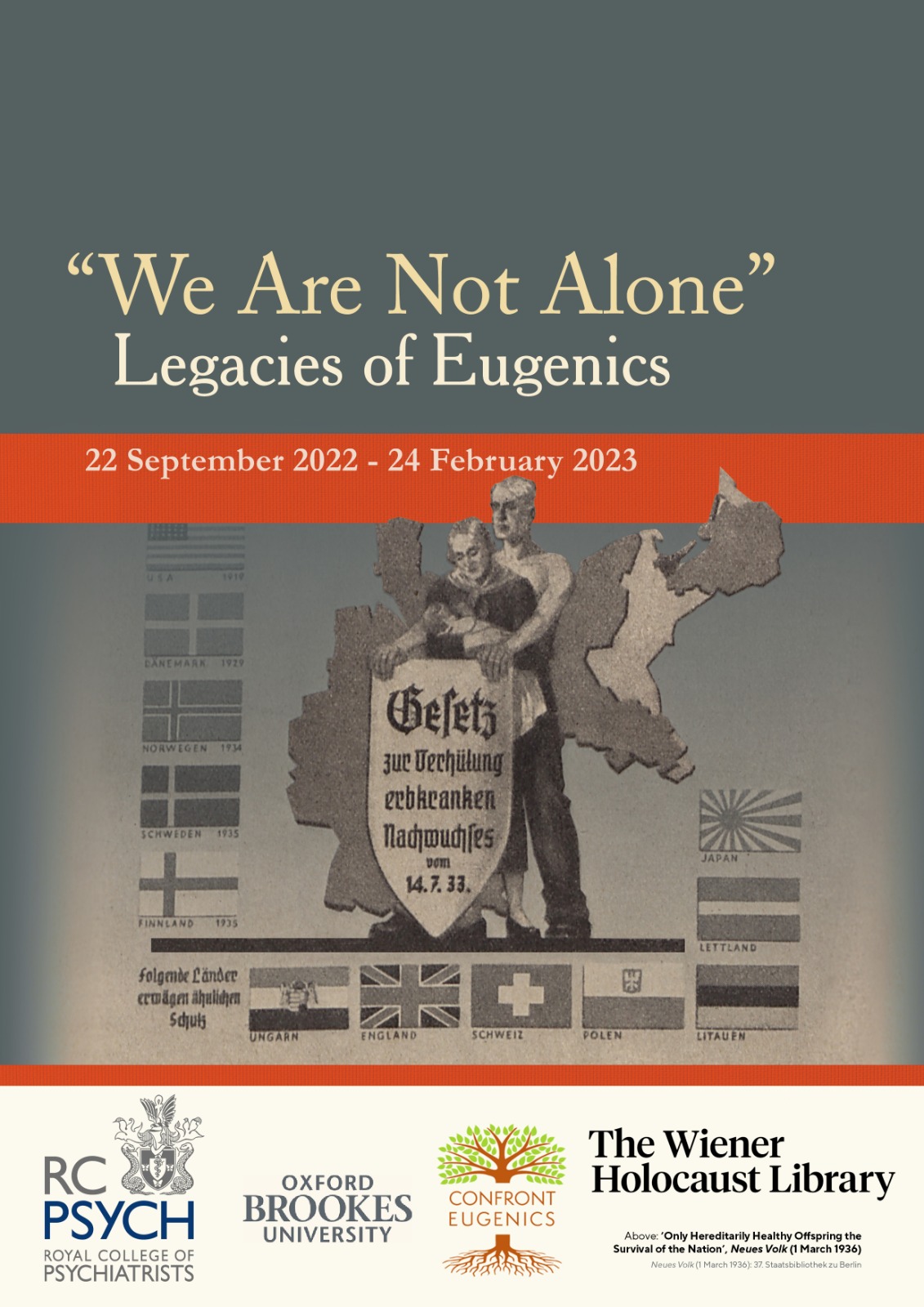 Some key figures in early twentieth century British psychiatry were amongst the first to be receptive to eugenics. They added medical credibility to the by then widely popular view that so-called ‘mentally deficient’ people were ‘useless’, and that society needed to be protected from them.

In fact, psychiatrists embraced eugenics as a scientific, efficient, and forward-looking way of dealing with modern society’s many problems such as poverty, criminality, and prostitution. All were viewed through the frame of a perceived increase in the number of people they described as ‘feeble-minded’. These individuals who were frequently held to be a burden on the resources of the state.

British psychiatrists such as George Shuttleworth, Alfred Tredgold, Bernard Hollander, Frederick Mott, James Crichton-Brown, D. K. Henderson, and C. P. Blacker, to name but a few notable examples, complained that modern society, with all its technological and medical advances, was allowing too many individuals with ‘hereditary defects’ to reproduce.

The ‘mental and moral deficiency’ in children, as well their intellectual endowment and talents, was one important area of research in which psychiatric expertise had great impact.

Shuttleworth, Hollander and Tredgold all published influential texts on the so-called ‘mentally-defective’ children in which they proposed their treatment, training, and education. Similarly, Henderson’s classic textbook on psychiatry, co-authored with R. D. Gillespie, first published in 1927, was hugely influential in the training of students and practitioners. When its sixth edition was published in 1947 sterilisation was still considered ‘an integral element in any broad and far-sighted programme for dealing with the social problems of civilised society’. (D. K. Henderson and R. D. Gillespie, Text-Book of Psychiatry, 6th edition, 1947, p. 46)

Psychiatrists were influential members of the Eugenics Education Society (later simply named Eugenics Society), established in 1907. Crichton-Brown, for instance, was the Society’s first president, while Blacker served as its long-term secretary. They frequently and publicly expressed their support for eugenics in the 1910s, when they endorsed new laws on ‘mental deficiency’, as well as in the late 1920s and early 1930s when they debated the practical application of eugenic principles, particularly sterilisation, to the overall improvement of the genetic quality of the population.

Their eugenic work, however, was performed mostly behind the closed doors of hospitals and asylums, and some of their psychiatric research was only accessible in specialised journals. As noted by Cambridge Daily News on 27 March 1937: ‘Work done by the Eugenics Society is chiefly hidden from the general public. The scientists attached prefer to have it so because profound research work cannot be popularised without risks of misunderstandings’.

The development of psychiatry in Britain had been substantially transformed by its involvement with eugenics. For more than a century, the eugenic project was sustained by the scientific knowledge that filtered out of psychiatric hospitals, asylums, and other institutions for individuals with intellectual disabilities as well as mental illnesses. The challenge for psychiatry today is to work out how to untangle that relationship and prevent the legacies of eugenics causing any further harm.