Differential fertility? - British psychiatrists and the unscientific basis of a eugenic ideology (1910-1969)

The influence of eugenics in psychiatry reminds us of the constant need to fully examine the ethics and the histories of the ideas and theories that inform scientific knowledge production and psychiatric practice.

In 1948 Fraser Roberts, then a Clinical geneticist at Great Ormond Street Hospital, and Eliot Slater, psychiatrist at the Maudsley hospital wrote an article in which they said:

‘The outstanding eugenic problem, far outweighing all others in importance, is the present differential birth rate with respect to intelligence, for of this human quality only do we know that the less desirable genes are multiplying rapidly at the expense of the good.’

Both Fraser Roberts and Slater were members of the Eugenics Society and later became Foundation members of the Royal College of Psychiatrists. So, how did British psychiatrists become involved in the questionable arguments about differential fertility and why did this questionable concept remain so persistent in eugenic ideology?

Fears of an impending crisis of Western civilisation fuelled eugenic ideologies. The poor physical development of army volunteers became apparent and made this fear manifest in Britain in the first years of the twentieth century. Parliamentary debate ensued over the causes, hereditary versus environmental, of the lack of military fitness of the Nation’s youth after an Inter-Departmental Committee on Physical Deterioration reported and recommended ground-breaking public health and nutritional remedies. The Committee made no comment about the intelligence of recruits, yet a few years later C.T. Ewart (1910), a Medical Officer at Claybury Asylum near London, gave a dire warning to British society of the dangers of hereditary mental degeneration:

‘I believe we are travelling fairly rapidly in the direction of the fall, and this I consider is mainly due to the fertility of the unfit. Most persons agree that there should be no breeding from lunatics, epileptics, habitual criminals, idiots, imbeciles, and other mental defectives.’

An unshakeable belief in an inverse link between intelligence and fertility had been a central tenet of eugenic ideology since Galton‘s times. Ewart pointed to the lack of attention by the State to the physical development of its people, and that its responsibilities for health were limited to dealing with environmental issues such as the notification of infectious diseases. He also maintained that the real need for intervention lay in prevention of the increase in the numbers of the ‘feeble-minded’ in the population. He believed that families with a ‘mentally defective’ member would grow in size more rapidly unless measures were taken to counter their more rapid birth rate’. Average intelligence would thus decline with each generation and society would undergo ‘decline’ and ‘degeneration’. Frederick Mott, a prominent authority on neuropathology, amplified these concerns in 1913 with the publication of his lectures, ‘Heredity and eugenics in relation to insanity’.

In 1931, Bernard Mallet, the President of the Eugenics Society published a manifesto-like article re-stating concerns about degeneracy and contriving scientific support from the studies of Dr E.O. Lewis. Lewis’s findings had been given prominence by the eugenicist and expert in mental deficiency, Alfred Tredgold (1929). Lewis had carried out ‘pioneering’ surveys of the frequency of ‘mental defect’ in the population of England which were published as a supplement to the Wood Report (1929). His observations established a negative correlation between parental intellect and family size. Mallet’s article raised concern that the ‘feeble-minded’ mostly arose from families with higher birth rates and whose standards of living were ‘conspicuously below … average’. He claimed that these lower functioning families would progressively replace higher functioning families whose birth rates were lower and might become ‘as numerous as a tenth of the total population of the country … some four million persons’.

‘Other problems are raised. How far are the different social grades and classes now reproducing themselves? What are the influences which lead people in these different grades to breed at different rates -in a word, what are the causes of differential fertility? 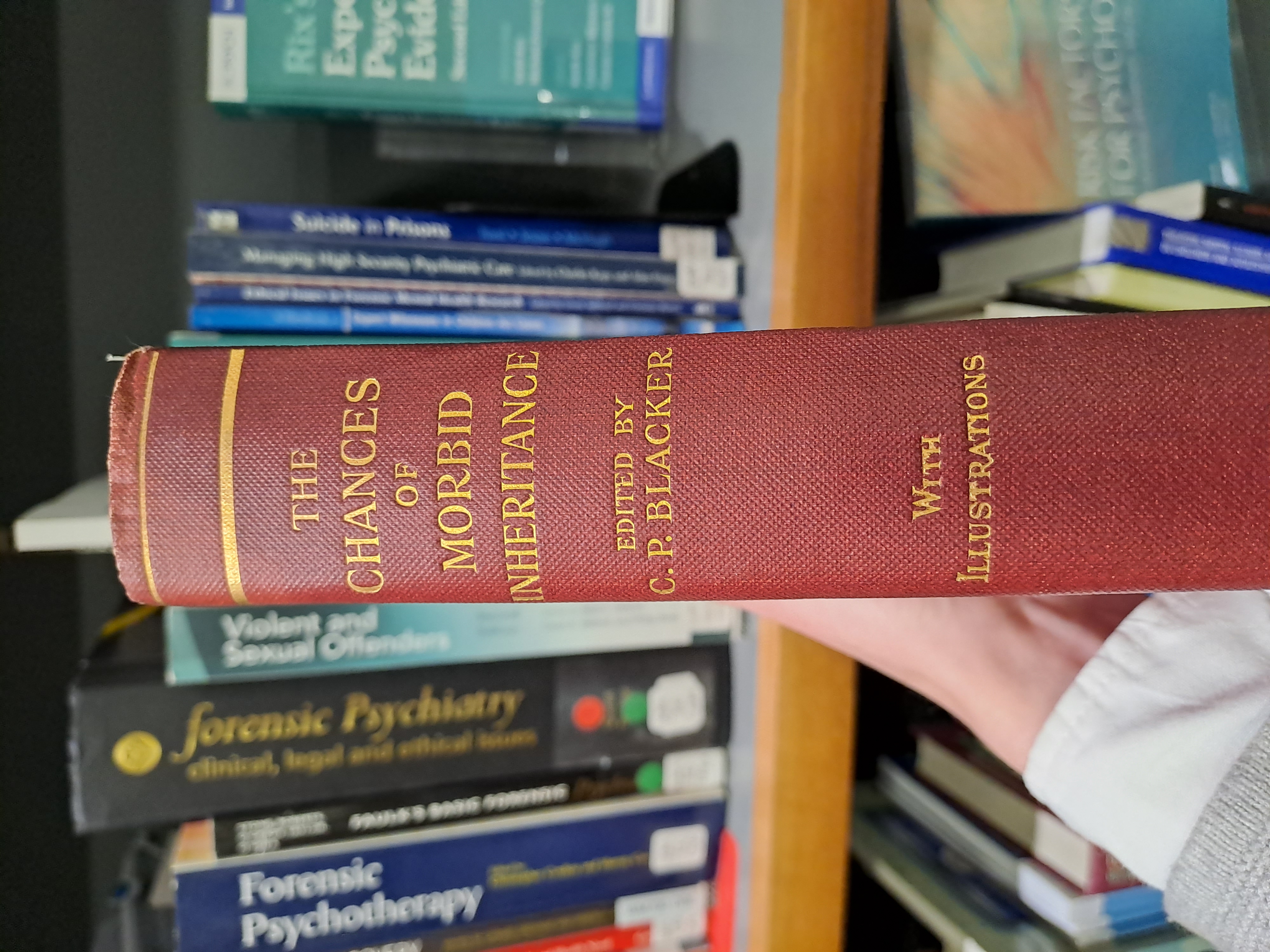 Fraser Roberts, writing in 1944, estimated falls in measured intelligence of the population in a single generation based on his earlier studies of children in the city of Bath in South-West England. He concluded:

Even after the Nuremburg Trials, Fraser Roberts and Eliot Slater remained convinced of the need for ‘practical' eugenic measures.  In 1947, they proposed ‘positive eugenic’ measures, aiming to encourage an increase in the birth-rate of children to ‘more able parents’:

‘Our task is to reverse the present trends, to change the sign of differential fertility, to encourage the more intelligent half of the community to have more, not fewer, children than the less intelligent.’

This was a less draconian intervention than previous calls in Britain for Parliamentary legislation permitting the voluntary sterilisation of ‘mental defectives’.

Despite a continuing lack of convincing observations of a decline in the intelligence of the population, David Stafford Clark, psychiatrist at Guys Hospital, nevertheless set out with certainty the hereditary basis of ‘mental deficiency’ in his popular and widely read exposition, Psychiatry To-day (1952).

Only in the early 1960s at a time when there was growing public and intellectual reappraisal of social, cultural, and political power relations in medicine did a ‘methodological error’ in earlier scientific studies become apparent, (Reed, 1965):

‘Our most important contribution is the demonstration that the negative correlation between family size and intelligence is not an indication of declining national intelligence, but a misleading consequence of the design of the experiment which omits the childless from consideration’.

This telling observation perhaps came too late to prevent Peter Hays at St George’s Hospital restating the arithmetic basis of differential fertility in his New Horizons in Psychiatry (1964). In this discussion of major advances in psychiatry for the lay reader, he further endorsed the introduction of positive eugenic measures in the UK, ‘the encouragement of large families in the intelligent groups’.

British psychiatrists were involved in the formulation and scientific communication of, and public education about, the doctrine of differential fertility, which underpinned the unsuccessful efforts to legalise voluntary sterilisation for those deemed mentally deficient in the 1930s. ‘Scientific evidence’ was subsumed to support wider eugenic ideologies, supporters of which held unwaveringly to their conviction that the higher birth rate in families with ‘lower intellect’ would cause a future decline in the overall intelligence of the population regardless of the lack of convincing evidence gathered to support this prediction.

Psychiatric values have changed over the last century, and currently in this era we state that we prioritise inclusion, and recovery focus in clinical practice that is rights based for each patient. However, for today's values to remain understood it may well remain necessary to view practice over its history, and to use this historical ethical perspective, including the voice of patients, as part of the production of values to form an evidence-based psychiatry that serves each patient’s interests, and views each patient as a subject rather than as an object. It's about the person whoever they are ...the subject who should never become an object...