This months's guest blog is written by RCPsych in Scotland Chair, Dr John Crichton. Dr Crichton will be updating you on the College in Scotland's activities quarterly via the guest blog.

Every year I receive a very special Christmas card. Twenty-six years ago, I completed a psychiatric report on the patient referred to as “H” in the “Bournewood case” which this year featured in a Radio 4 dramatisation. Little did I appreciate the profound influence this case would have on the development of mental health law.

I shared my memories of the case with the trainees in Intellectual disability who had their conference in Edinburgh on St Andrew’s Day. What had become lost in the ever more complex legal arguments was H as a person. If I was to give a distillation of human rights it would be the recognition that everyone has unique value. The Christmas card is from H’s carers with news about how his year has been and how H enriches the lives of the people he meets.

Another enriching experience was a visit with our President Wendy Burn to Dumfries House in November. As our College patron, Prince Charles, celebrated his 70th birthday, I was struck how at Dumfries House he has made manifest his commitment to encouraging the young and tacking health in a holistic way. The new Health and Wellbeing centre at Dumfries House opens in January. It offers a free repertoire of therapies for people in the local community – the opportunity for local GPs to give social prescriptions for a range of health problem. I was deeply impressed and would encourage you to visit if you can. If only this type of intervention could be scaled up to assist primary care colleagues across Scotland.

My key reflection on 2018 is that it has been a successful year for mental health in Scotland with the substantial achievement of the new funding identified in Programme for Government. As I write I am fresh from the review of the Mental Health Strategy and the report on progress from the Children and Young Peoples’ Mental Health Task Force.

Dame Dr Denise Coia commented that folk only started using her “Dame” title when the tasks she was being asked to do had became more vital. In 2019 we will see how the Task Force’s work starts to have a real effect on the ground and will be a test of our IJB structures.

We need IJBs to be able to demonstrate the scope and quality of the services they provide, an ability to adopt new evidence-based interventions and balance the advantages of localism whilst avoiding the perils of post-code lottery. The Royal College of Physicians in Edinburgh recently published important observations on IJB Governance.

Last week I was in a train of panicked commuters who discovered the 4G was down and were experiencing acute digital detox. At the December Cross Party Group on Mental Health at the Scottish Parliament, there were presentations by Aymie Black, a young writer and blogger, and Calum Irving and Laura Sharpe from See Me Scotland, on the adverse effects of social media on the young. I was struck that there may be differences between types of social media and how they can boost an individual’s confidence, or indeed do the reverse.

One interesting innovation is the See Me “FeelsFM” where young people (or older) pick an emoji to match their mood and a play list of music is suggested. A way perhaps to defuse angst and reinforce positivity. I have tried to persuade the household to switch off the Wi-Fi router for Christmas – I let you know how we get on.

A common question is whether things are really different for young people today or has it ever been thus. The same can be applied when reviewing the feedback from the GMC Training survey. I suspect there are differences in the experience of being a junior doctor. The move from unbearably long hours to shifts was undoubtedly right, but juniors lost some of the everyday supports which were in place.

What is striking is that the concerns of the trainees and reflected in the concerns of the trainers - lack of agency being a key feature. One of the most important elements for junior colleagues are the example and lead from more experienced colleagues: the value of role models. Yet who today are those role models working in their late 60s – the age our juniors are now due to retire?

We need to wake up to the reality that those in their late 60s cannot work the same way in the future as they do now in their 50s. If ways could be found now to encourage those approaching retirement to continue to contribute to the NHS part time – not to fill gaps but in posts which make the most of their experience – that could be the start of a model of how careers might look in the future when retirement ages are later.

Some of my thinking about the challenges of workforce were recently published in the Herald and also have informed the programme for our Winter Meeting in January. I hope you will agree it is an outstanding programme, and I hope to see many of you there. I suggest early booking to avoid disappointment.

In the meantime, best wishes for the festive season to everyone. 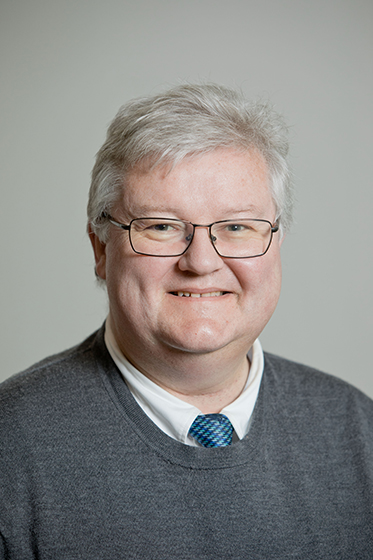