Which psychiatrist did Bram Stoker draw on for ‘Dracula’?

By Fiona Subotsky, past Honorary Archivist.  My book ‘Dracula for Doctors’, published by Cambridge University Press for the Royal College of Psychiatrists, should be ready for Halloween.

In Bram Stoker’s novel ‘Dracula’, published in 1897, a considerable amount of the action takes place in a large asylum near London, in the charge of a Dr John Seward.

There was an actual Dr Seward at the time who had become Medical Superintendent of the London Colney Hatch Asylum  (later Friern) at the young age of 30, and remained there until he retired in 1911. Furthermore, in Stoker’s Preface to the Icelandic version of ‘Dracula’, Dr Seward is claimed to be a real person and a friend.

Here is Seward’s entry in the Medical Register of 1895:

Built in 1851, Colney Hatch was the largest lunatic asylum in Europe, housing 3000  patients by the end of the nineteenth century. This probably included a major ‘Jack the Ripper’ suspect, Aaron Kosminski, a Polish barber, incarcerated for disturbed behaviour and for threatening his sister with a knife. The bloody murders of Whitechapel were certainly one of Stoker’s inspirations for his story.

It is also possible that Colney Hatch was the asylum the famous actress Ellen Terry visited, when studying for the role of Ophelia perhaps accompanied by Bram Stoker, in his capacity as the Lyceum Theatre manager. At first, she recorded in her Memoirs that the patients were ‘too theatrical’ - but then she caught sight of a young girl silently staring at a wall: 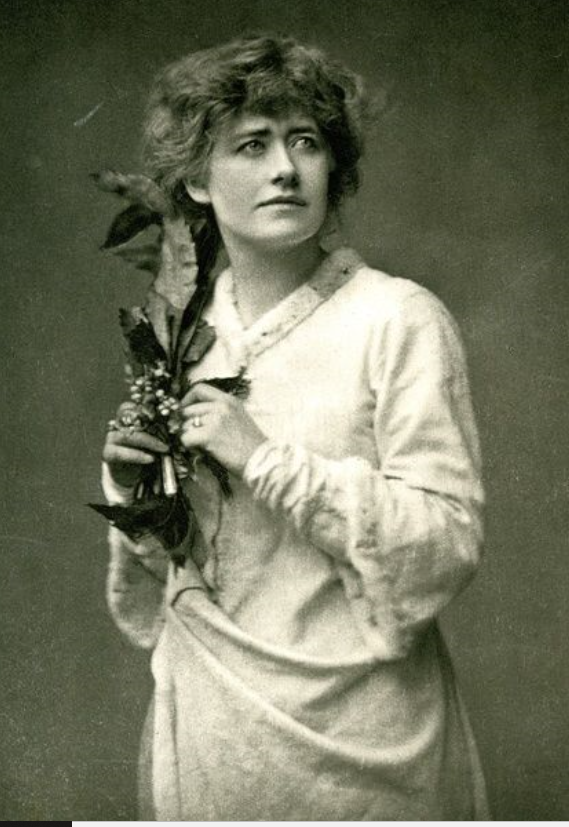 Her face […] was quite vacant, but the body expressed that she was waiting, waiting. Suddenly she threw up her hands and sped across the room like a swallow. I never forgot it. She was very thin, very pathetic, very young, and the movement was as poignant as it was beautiful.

While Ellen Terry may have served as a model for  the vampire victim Lucy, the ‘Dracula’ patient Renfield, who is well-educated and occupies a private room, seems an unlikely candidate as an inmate of a pauper asylum. As for the doctor, William Seward’s obituary in the Journal of Mental Science of 1918 tells us that:

Alcohol, in the shape of beer, was abolished as an article of diet under Seward; the Turkish bath for restoring mental patients was first used there; organo-therapy was encouraged by him; and the aid of clinical pathology with the application of the microscope were all adjuncts in treatment which were of intense interest to Seward.

He was a keen angler, and was devoted to Norway where he used to fish, and to Switzerland where he made many walking tours. [… ] He was devoted to his garden and he delighted in the cultivation of roses.

This does not sound much like the ‘Dracula’ Dr John Seward - who seems to have enjoyed an adventurous youth with exotic expeditions, becomes lovelorn over Lucy, and therapeutically does not advance beyond taunting his patient Renfield with the false offer of a kitten for his blood-fetish, and later employing the use of a strait-jacket, padded cell and opiates. Nor does it seem very likely that Dr William Seward was personally known to Bram Stoker as there is no trace of this elsewhere, although Stoker was prone to social boasting, as in his ‘Memoirs of Henry Irving’. But there were other well-informed medico-psychologists in the Stoker circle…