Charles Mercier was a British psychiatrist and former president of the RCPsych (then known as the Medico-Psychological Association). He consistently advocated for his patients and endeavoured to improve understanding of mental disorders. He was remembered for his ‘wide reading and mordant wit’ and that ‘he revelled in controversy’1, but his bluntness sometimes risked antagonising colleagues. 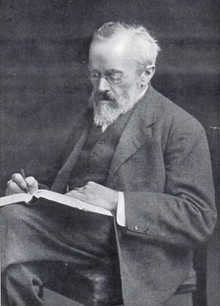 For example, at a time when Freud’s work was becoming popular with the educated public but many psychiatrists were sceptical, he wrote: ‘I do not hold that there is only one cause of mental disease. If I did so hold, I should be little better than a psycho-analyst’.2

A century on from his death on 2 September 1919, it is worth reflecting on some of his messages which have an enduring quality and may provide inspiration, or timely reminders, for psychiatrists today. Don’t be put off by Mercier’s archaic, patronising and sexist Victorian language.

When you read the aphorisms below, substitute psychiatric disturbance for insanity; mental health service for asylum; team member for attendant; and so on. His writing reflects his humanity and concern for his patients.

These are some of my favourites:

So much has been achieved since Mercier’s time but there is much more to do, and some matters have hardly changed: Mercier’s comments on disturbing patients at night resonate with David Veale’s recent article in BJPsych Bulletin.5

Mercier put patients first and looked to the future, but he could never have dreamt that you’d be able to read his words in a blog and access his books electronically.