Psychiatric care and the 1918 flu pandemic by Dr Claire Hilton

The devastating “Spanish Flu” pandemic of 1918-19 hit the UK in three waves; in spring and autumn 1918 and in spring 1919. It coincided with the end of the First World War.

An eminent psychiatrist recently asked me if there were any inspiring stories of how psychiatrists supported patients in that epidemic. I love writing upbeat accounts of the past, but scrupulous honesty is vital for historical analysis, and so far, I have found little positive on this subject. Nonetheless, I have decided to put pen to paper about some aspects of influenza and other infectious diseases, mainly in the asylums, at that time.

Bacteriologist Frederick Twort wrote in the Lancet in 1915:

It is quite possible that an ultra-microscopic virus belongs somewhere in this vast field of life more lowly organised than the bacterium or amoeba. It may be living protoplasm that forms no definite individuals, or an enzyme with power of growth.1

“Viruses” would pass through filters which trapped bacteria, but little else was known about them. The term was used generically, derived from the Latin virus meaning poison or venom, without the understanding we have today.

In November 1918, two days after Armistice Day marking the end of the war, and when death rates from flu were rising, the chief medical officer (England and Wales), Sir Arthur Newsholme, addressed the Royal Society of Medicine: influenza was

a disease which, with the exception of plague and cholera, has on occasion travelled farther and more rapidly over the world than any other recognized disease. It differs from these two diseases in that their pandemic course can be stayed by organized measures which are well within human capacity. I know of no public health measures which can resist the progress of pandemic influenza.

He commented on the problems of overcrowding on

trains, trams, and omnibuses. These, doubtless, are prolific sources of infection, but the service cannot immediately be increased, and meanwhile the vast army of workers must not be impeded by regulations as to overcrowding of vehicles in their efforts to go to work and to return home, and I have had no hesitation in recommending the Local Government Board to advise police authorities to this effect.

Confusingly, he also advocated the benefits of isolating sick individuals and of social distancing.

The circumstances in 1918 were vastly different from today, but the messages conveyed uncertain medical direction, similar to our recent experience. At the end of the war, the mass movement of troops in confined spaces of ships and trains probably increased the spread. In the euphoria of the Armistice, there was no “lockdown” and a dutiful and stoical population accustomed to following orders “carried on” despite the recognised hazards.2 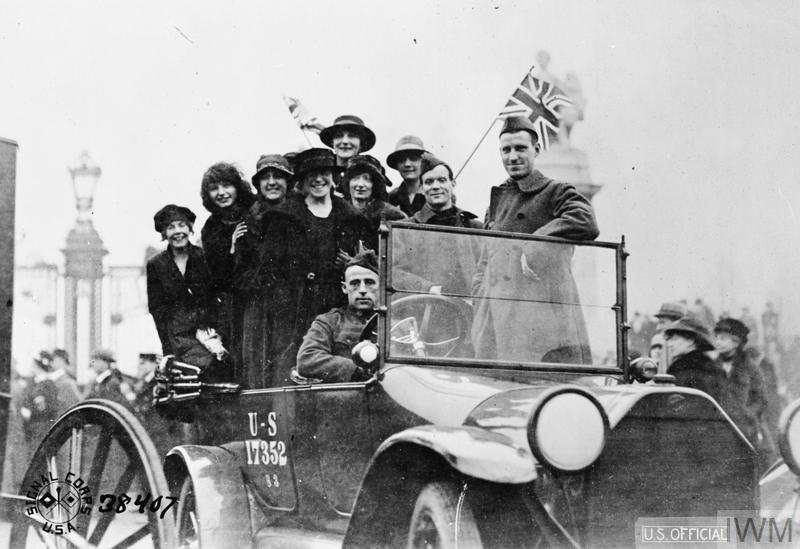 In 1918 most people designated “insane” were detained in public asylums under the Lunacy Act 1890. Asylums had experienced four years of intense hardship, including overcrowding (20% of all asylum beds were requisitioned for military casualties) and inadequate food, heating and clothing. Asylum patients suffered from catastrophic neglect. Their death rate from three potentially preventable infections—tuberculosis (TB), dysentery and typhoid—far exceeded that of the rest of the civilian population, including in the prisons. Regarding mental health, public and government largely ignored the plight of civilian patients and staff, focussing instead on shell-shocked soldiers. At a time of crisis, the well-being of the already deprived population of mentally unwell civilians dropped even lower on the scale of the public hierarchy of need.

The most devastating wave of influenza hit the UK in autumn 1918. At that time, the Board of Control, which regulated asylums in England and Wales, faced numerous problems, such as escalating asylum deaths from TB and strikes by discontented staff after four years of derisory wartime working conditions, hours and pay. To add to the challenges, disturbed patients probably suffering from flu-related delirium were transferred from general hospitals to asylums. One patient at the Worcester County Asylum at Powick “recently admitted with severe influenza…was found not to be insane, and will be removed as soon as she is able to travel.” In that asylum, of 1,000 in-patients, nine died from influenza in 1918—and 158 died from TB.3

Across English and Welsh asylums in 1918, 20,000 patients died from all causes, one-fifth of the entire asylum population. Seven thousand deaths were caused by potentially preventable infections, particularly TB. Influenza killed a further 1,300. Flu was only one cause of many disturbing asylum deaths on a background of sub-standard care.

Very few staff spoke out about poor standards. Dr Montagu Lomax was one who had the courage to do so (but only after leaving asylum employment). Based on his war-time work at Prestwich Asylum, he wrote about infectious diseases:

…though exposure to wet and cold, and improper diet, do not of themselves produce consumption [TB], they are the most potent accessory factors in its production among those predisposed to it. The same holds good of that dreadful scourge influenza.…I wonder if it has ever occurred to these learned gentlemen to connect this excessive mortality with the facts of deficient clothing and defective feeding, in addition to the imperfect isolation, and the want of proper consumptive wards.4

Lomax openly criticised the asylum authorities for neglecting patients’ basic needs. His report shocked public and officials alike. It also became central to the process of liberalising mental health law and making other useful changes over the following decade.5