An Anniversary: London Medical Students at Belsen 75 Years Ago

By Dr Claire Hilton, Historian in Residence at the RCPsych and J. Gareth Jones, Formerly Professor of Anaesthesia, Cambridge University.

At the end of the Second World War, shortly after the liberation of Belsen Concentration Camp, 96 volunteer London medical students spent four weeks working with the weakest of those incarcerated. This is a brief account of their relief work and its impact, on their patients and on themselves.

In mid-1944, Belsen held about 5,000 inmates in 100 wooden huts surrounded by barbed-wire fences and guard towers. Later that year and into 1945, thousands more arrived, mainly Jewish, evacuated from Eastern concentration camps ahead of the Russian advance. In early 1945 the British Army was advancing rapidly across the North German plain. They heard rumours of a concentration camp rife with deadly epidemic typhus. On 15 April, under a local truce with the Germans, Brigadier Glyn Hughes, of the Royal Army Medical Corps, entered Belsen. The camp was oppressively quiet with an appalling smell and shrouded in the smoke of burning rags. Conditions were far worse than the Allies expected, and typhus was out of control.

Historian Eberhard Kolb estimated that 60,000 adults and children were still alive, of whom 16,000 were close to death. Five hundred were dying each day. Thirteen thousand emaciated corpses lay piled between the trees. Running water and sanitation were non-existent. Many of the huts designed for 50 people held upwards of 500. They were devoid of furnishings, with the floor being covered with faeces, food remnants and clothing compacted into urine-soaked masses of filth. The living lay on the floor alongside the dead, wearing rags and covered with lice. They also had famine oedema, diarrhoea and coughs. Emaciated, apathetic and scarecrow-like, some wandered aimlessly outside. Kolb attributed the appalling situation to months of deliberate, systematic neglect. Glyn Hughes and his 8 doctors began a relief programme. Dusting everyone with the pesticide DDT was a cornerstone of prevention and treatment. 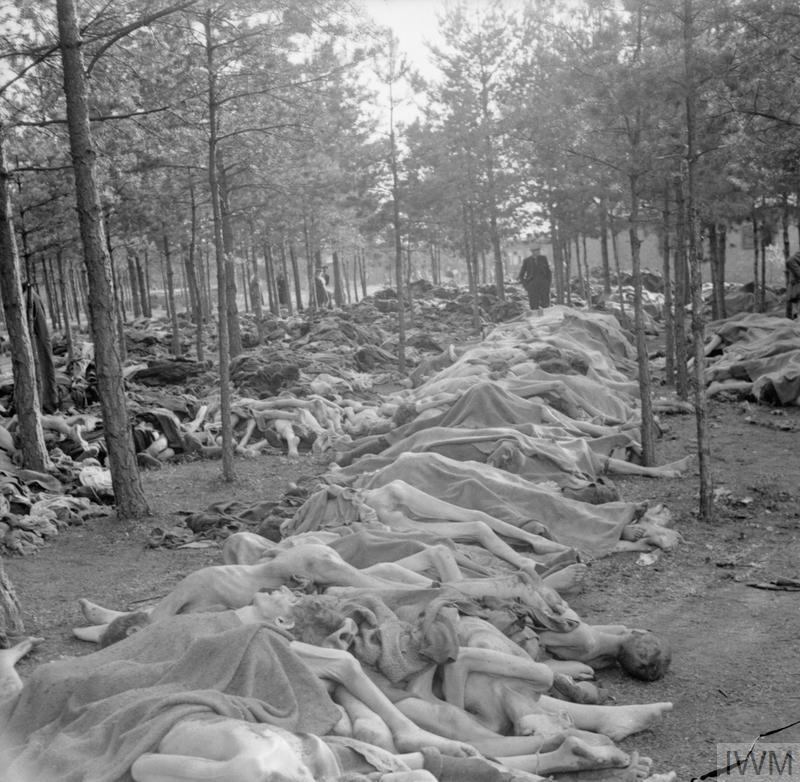 The Red Cross had recruited 96 London medical students to assist with famine relief in Holland. But Belsen was in the news. Descriptions of the situation there were so appalling that many did not know what to believe and wondered if the reports were anti-German propaganda. With minimal briefing, the students were diverted to Belsen. After the excitement of being flown in Dakotas to Celle in North Germany (most had never been in a plane before) they began work on 2 May. Most students were allocated a hut with several hundred occupants, and some worked in the dispensary, cookhouse or post-mortem room. In the huts, despite the smell and language barriers, they aimed to assess each person, feed them, treat their medical and surgical disorders (morphine for coughs, diarrhoea and pain; abscesses incised with razor blades) and help remove the dead then clean and creosote vacated floor space. When fed with liquid nutritional mixtures, using a spoon or a teapot spout if necessary, the inmates (we should now call them patients) put on weight, unless they had tuberculosis, typhus or other infections. Their morale improved and mortality fell rapidly to under 100 per day. Many then passed through a “human laundry” housed in the stables before being transferred to the temporary hospital in nearby barracks. 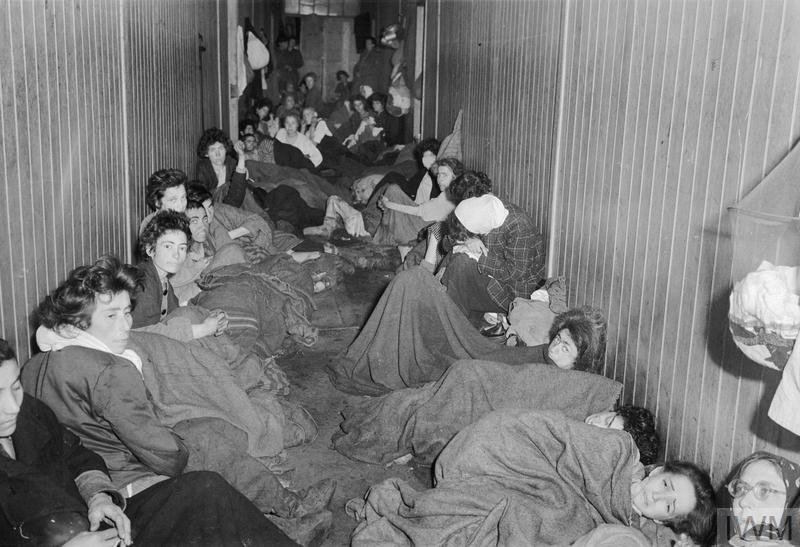 3 days after liberation: many of these women had advanced tuberculosis and typhus. https://www.iwm.org.uk/collections/item/object/205194143 © IWM (BU 3735) 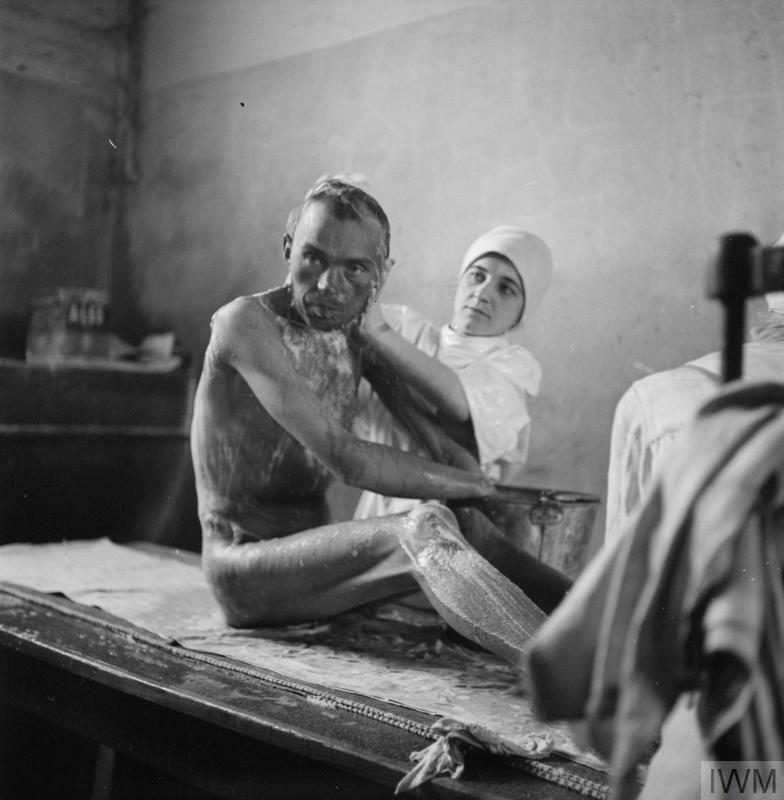 Most students suffered diarrhoea and vomiting, and some developed tuberculosis and hepatitis. Six caught typhus, despite immunisations and daily spraying with DDT. There were no confirmed student fatalities. The students also kept diaries. All the diaries known to us all have a similar format, recording the practical work undertaken, suggesting that compiling them was a medical school requirement of the “placement”. The diaries contain almost nothing about the students’ emotional responses, but it is hard to believe that they had none. Eirian Williams, for example, wrote on 5 May:

3 dead on arrival. 2 during day. They did so undramatically. The first indication of a death often came from his neighbour – shrug of the shoulder and one word “caput”….Today I found myself having inserted two spoonfuls of glucose into an open mouth before realising that the man was dead 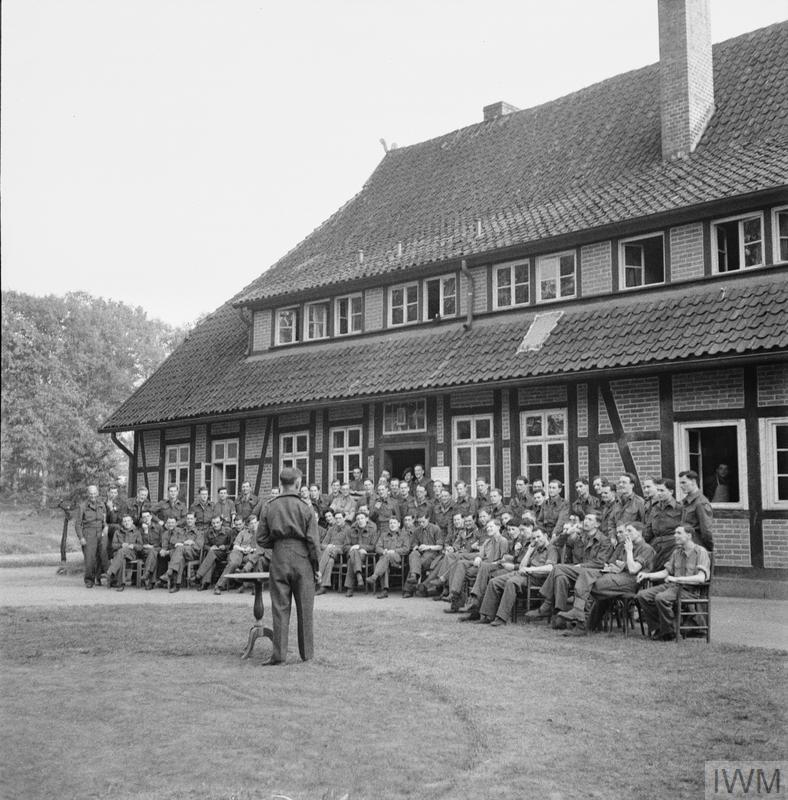 The students saved many lives but witnessed horrendous scenes of illness, death and degradation. Afterwards, debriefing was minimal, as was common for combatants and civilians at the time. Some students suffered depression and post-traumatic mental symptoms. Years later, such as when interviewed about their experiences for the Imperial War Museum, they focused on what they did rather than how they coped. Some probably used humour or comedy for relief, possibly in slightly unseemly ways. With duties completed, just before returning to England, some, led by student Russell Barton, built a raft to punt around the lake outside the barracks where they were billeted.

Sixty years later, Rhiannon Starks contacted 60 of the 96. Most did not think that the Belsen experience had directly affected their choice of career, although it reinforced their desire to help people in need. Five of the 60 became psychiatrists. It is perhaps invidious to pick out one, but Russell Barton comes to mind. As with his raft at the barracks, he never feared controversy. He became a forthright and passionate reformer of psychiatric care, and his own accounts indicated that Belsen influenced his work for decades. He wrote Institutional Neurosis, an in-depth analysis of the harm caused by institutionalisation and what could be done about it to improve patients’ lives. Known at the Ministry of Health as the Chief Medical Officer’s “tiger”, his radical approach was unpopular with some colleagues but inspirational to others. In 1960 he became medical superintendent of a particularly bad mental hospital – Severalls in Essex – and transformed it into one of the best.