The word “gaslighting” peaked in use around 1900, then almost disappeared, only to remerge with vigour during the last decade. Why is there a revival of the word, with an entirely new meaning?

From gaslighting to electricity

It is hardly surprising that gaslighting was a commonplace word before electricity was widely used for lighting streets and buildings. Electricity wended its way into domestic environments, including into mental hospitals, mainly between the two World Wars. 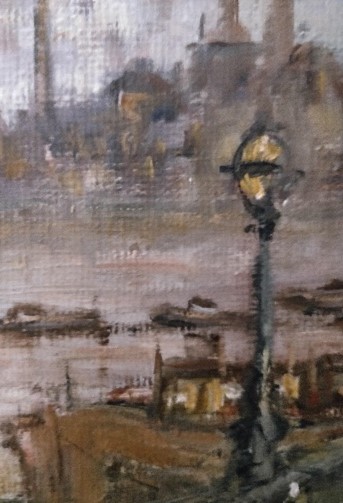 When hospital inspectors visited the mental hospital at Wadsley, Yorkshire, in 1925, they commented: “We understand that it is proposed eventually to supersede the present gas lighting by electric light, and to introduce the system gradually, commencing with the wiring. We are sure that lighting by electricity is very desirable”. At the Kent County Mental Hospital at Maidstone the same year, the inspectors wrote: “We were sorry to hear there was no cinema installation in the recreation hall, and we much hope that this omission will be rectified in the near future, when, as seems possible, the hall will be lighted with electricity”. They wrote similarly for the Worcester Mental Hospital, but typically, they also had one eye on minimising expenditure, as electricity would facilitate “installation of a cinema apparatus, the provision of which, besides always affording much enjoyment to the patients, can often materially lessen the cost of the entertainment programme.”

Of course, the demise of gaslighting and introduction of electricity brought other benefits with it, not just for entertaining patients. It also allowed more mechanisation, extremely helpful in running institutions which sometimes housed over 2000 people. Time-saving state-of-the-art electrical appliances were convenient in hospital kitchens and laundries. Food mixing machines, potato mashers, meat slicers and plate warmers were high on inspectors’ agendas, as were electric irons in the laundry “so as to get rid of the enormous amount of heat generated by the iron-heating stoves”. Electricity supplies also permitted wired fire alarm systems, on-site X-ray equipment, and other fashionable technologies and therapies such as an “electric treatment room for alpine sun-therapy and other forms of ultraviolet rays” (Board of Control, 1926).

To gaslighting and social media

Today the word gaslighting has a different, more sinister meaning: manipulating one or more people by psychological means to make them doubt themselves, possibly to the extent of questioning their own sanity. The term is used in personal relationships and in politics. Indeed, the word’s popularity grew concurrently with “fake news” during the Brexit referendum and Donald Trump’s election.

The Oxford English Dictionary (OED) states that gaslighting, with its psychological meaning, first appeared in writing in 1961 in an anthropology text, Culture and Personality by Anthony Wallace. The OED notes the derivation of the term, from the title of Patrick Hamilton’s play Gas Light, a Victorian thriller written in 1938. The play was premiered in London. It reached wider audiences via the cinema in two film versions, one set in England (1940) and the other in the USA (1944). In Gas Light, Paul Manningham secretly adjusted the gaslights in the elegant Georgian house where he lived with his wife Bella, making them flicker and dim. Bella found this flickering and dimming inexplicable, and when she tried to discuss it with Paul, his answers implied authoritatively that it was her imagination. This was one of many psychological manipulations which Paul used to torment Bella, attempting to convince her that she was mad and needed to be in a lunatic asylum (as they were then known).

Charles Reade’s novel Hard Cash (1863), about a family scheming and succeeding to put a relative away, fuelled public anxiety and stimulated campaigns for more stringent legislation and rigorous admission procedures to avoid such trickery. This fed into creating the Lunacy Act 1890, a bureaucratic nightmare of regulations, which included requiring a magistrate to ensure that people were only admitted to asylums and deprived of their liberty for appropriate reasons. The 1890 Act was amended in 1930, but remained in use for almost 70 years, only being repealed by the Mental Health Act 1959.

The pioneering duo of psychiatrists, Russell Barton and Tony Whitehead, from Severalls Hospital in Essex, introduced “the gas-light phenomenon” to a broad medical audience in the Lancet (1969) before the term crept into the pages of BJPsych (1972). They urged their colleagues, when contemplating admitting a patient, to examine “very seriously the whole situation [using] information from as many sources as possible, and a reasonable degree of scepticism, coupled with attention to the patient’s own account [which should] prevent the maturation of most ‘gas-light’ plots.”

The 1940 version of Gas Light depicts murder, psychological manipulation and supposed madness, but has an additional chance psychiatric association. The film was set in Pimlico in central London, close to where the RCPsych HQ was located prior to moving to Prescot Street; Paul and Bella’s house looks eerily similar to the RCPsych’s former home at 17 Belgrave Square.

In conclusion, remember the wise words of Barton and Whitehead, don’t watch the film just before bedtime, and happy Halloween from your history, archives and library team!