Asylums and cricket: the gentleman’s game

Baffled by cricket, I can’t believe that I am writing about it, in any context whatsoever. I have been known to misquote the sportsman’s idea of fairness “it’s not cricket” as “it’s all cricket to me”, rather than the more well-known “it’s all Greek to me”, that is, beyond my comprehension.

However, writing about former asylums and mental hospitals, one just can’t avoid cricket. Some old Ordnance Survey maps identify cricket grounds in county lunatic asylums over a century ago, such as at Chartham, Kent; Littlemore, Oxford; and Brookwood, Surrey. Apart from the Quaker charity-funded Retreat at York (illustrated in the final photograph in this blog) all the other asylums and hospitals named here were funded by the local authorities. Cricket matches were part of life for many patients and staff, across the social classes. 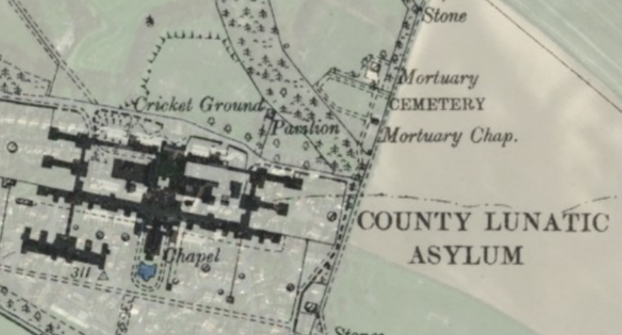 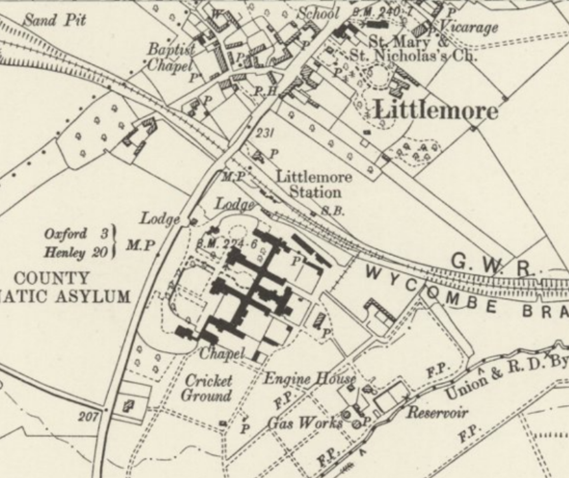 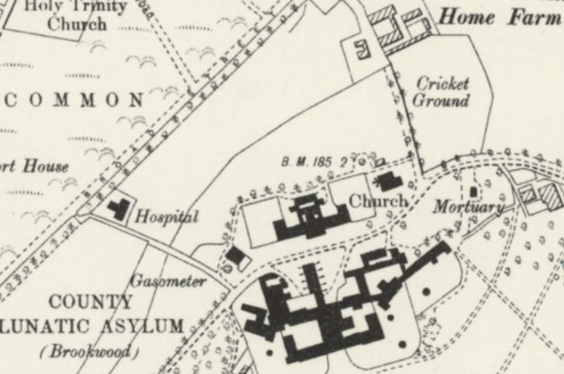 Cricket had a leading role in the sports calendar of many mental institutions. It was a well-established team game by the mid-19th century. Regarded as a healthy, orderly, genteel game, it was seen to encourage self-respect, self-control and compliance with rules of behaviour, both written and unwritten. It involved relatively placid outdoor exercise and could occupy considerable numbers of players and spectators over a wide age-range for long periods. It represented the ideal expression of “muscular Christianity”.1 Perhaps that is why it fell to chaplains to organise the matches, such as at Broadmoor Criminal Lunatic Asylum, and at the London County Asylum at Hanwell.

Detailed reports of cricket matches appear in patients’ magazines and some archive repositories hold original cricket score books. At Crichton Royal, Dumfries, cricket was played at least as far back as 1862, with a new cricket ground opened in 1882. In 1887 a professional cricket player was hired as an “attendant” (as male ward staff were then called), with his other role being to improve the team's match performance.

We know from management committee minutes (26 April 1915) that at Hanwell, during the First World War, there were insufficient attendants to work with patients to prepare the pitches. That, plus the cost of refreshments usually provided at matches, curtailed fixtures. The following year the minutes record (20 November 1916), that due to food shortages, the committee decided to dig up the pitch to grow potatoes.

Mary Riggall, a patient in 1919, envied the men their “quite good cricket matches…frequently against elevens from the neighbouring villages.”2 In some places women were encouraged as spectators, but permitting mixing of the sexes on mental hospital cricket pitches was introduced hesitantly. In the 1920s at St Andrew’s Hospital in Norfolk, men and women were permitted to mix on the cricket field on fine summer evenings, entertained by the hospital band. The medical superintendent wrote in the hospital’s annual report (1923), that “dancing, mixed cricket matches and other games” were played.1

Patients often found playing cricket therapeutic. Some matches were played staff versus patients, but joint staff-patient teams, and patient only teams, also competed against other XIs from outside the hospitals. Thus, cricket was a social leveller, between patients and staff, mentally ill and mentally well, inside and outside the institution. 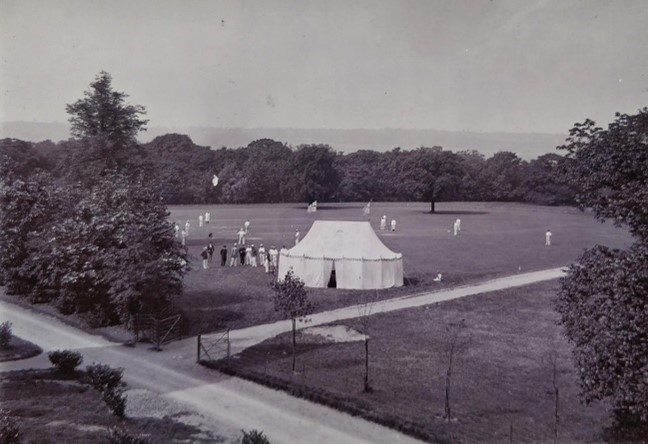 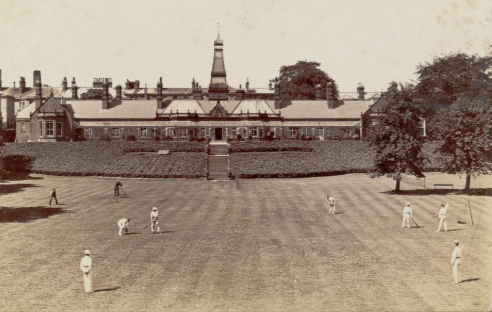