'A curious dance round a curious tree': Charles Dickens’ visit to a mental hospital, Christmas 1851

Charles Dickens’ A Christmas Carol (1843) is one of his most famous works. A lesser-known Christmas writing, “A curious dance round a curious tree”, describes his visit to St Luke’s, a private mental hospital in London, in 1851. Written in conjunction with his journalist friend, William Henry Wills, it appeared in Household Words, their weekly magazine of “original short fiction and crusading social journalism”.

A great observer of human life across all social classes, Dickens wrote extensively about workhouses and prisons. The little he wrote on mental institutions appears mainly in American Notes, his travelogue of his visit to the United States in 1842. Psychiatrist John Conolly, medical superintendent of the Middlesex County Asylum at Hanwell, was among Dickens’ friends. Conolly advocated for, and practiced, “non-restraint” and “moral” treatment for his patients. These methods included psycho-social and occupational interventions, to replace more punitive measures of earlier years. Another acquaintance of Dickens was Thomas Harrington Tuke, physician at the private Manor House Asylum in Chiswick, not far from Hanwell. Around 1858, when Charles and Catherine Dickens’ marriage was breaking up, Dickens asked Tuke to admit her; Tuke refused, as she was not “insane”.

By the time Dickens visited St Luke’s on Boxing Day 1851, he already had some knowledge of psychiatric practices. At St Luke’s, he wanted to visit a particular patient, and to see the dancing and the distribution of gifts from the Christmas tree to the patients. It would be a “curious dance around a curious tree”, in more ways than one: Christmas trees were still a novelty, mainly found in the homes of the middle and upper classes (and not featured in A Christmas Carol).

Dickens arrived there “after dark when I might have betaken myself to that jocund world of Pantomime”. He was early for the festivities so, curious about the whole place, he “discarded idle speculation” and asked to be shown around. He was disturbed by the silent inactivity on one ward, and that there was “Nothing in the rooms to remind their inmates of the world outside. No domestic articles to occupy, to interest, or to entice the mind away from its malady. Utter vacuity.” Elsewhere was less discomforting: the patients were “neither so listless nor so sad” and there were “coloured prints over the mantel-shelf, and china shepherdesses upon it; furnished also with tables, a carpet, stuffed chairs and an open fire.”

Once Dickens and his guide heard music, they headed towards it, and found the ball proceeding “with great spirit, but with great decorum.” Dickens observed approvingly the lack of mechanical restraint: “the only chain that made any clatter was Ladies' Chain [a dance], and there was no straiter waistcoat in company than the polka-garment of the old-young woman with the weird gentility, which was of a faded black satin.” He noticed patients “huddled together without communicating”, some watching the dancing “with lack-lustre eyes” and those who “rested weary heads on hands, and moped”. Others “had the air of eternally expecting some miraculous visitor who never came, and looking out for some deliverances that never happened.” When a dance finished, “the women-dancers instantly returned to their station at one end of the gallery, the men-dancers repaired to their station at the other; and all were shut up within themselves in a moment.”

Staff and patients danced together. The family of the “resident-officer” (probably a physician, surgeon or apothecary) were present, including “his wife; whose clear head and strong heart Heaven inspired to have no Christmas wish beyond this place, but to look upon it as her home, and on its inmates as her afflicted children. And may I see as seasonable a sight as that gentle Christian lady every Christmas that I live, and leave its counterpart in as fair a form in many a nook and corner of the world, to shine, like a star in a dark spot, through all the Christmases to come!”

The music and singing continued around the Christmas tree, soon to be lighted and transformed into “a blaze of light and glitter”. “To one coming freshly from outer life, unused to such scenes, it was a very sad and touching spectacle, when the patients were admitted in a line, to pass round the lighted tree, and admire.” Then the “the dazzling fruits of the tree were taken from their boughs, and distributed.”  The proceedings ended with God Save the Queen, and the patients receiving “mugs and cake”. 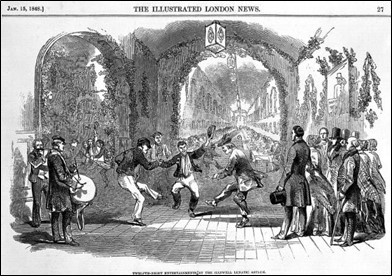 Dickens noted optimistically that with “cures effected”, about two-thirds of patients were discharged.  However, based on the ideas of Conolly and others, he wrote: “if the system of finding the inmates employment, so successful in other hospitals, were introduced into Saint Luke's, the proportion of cures would be much greater.” He also complained that, during the first weeks of admission, most patients gained weight excessively: “more than one pound per week, each. This can hardly be a gain of health.” Dickens did not mention how the hospital authorities responded to his suggestions.

Dickens’ conclusions have ongoing salience. He expressed the strangeness perceived by an outsider coming into a psychiatric environment afresh, something which we on the inside of the system should never forget. He gained inspiration from the staff’s (and the resident-officer’s wife’s) humanity and kindness, “in the knowledge that, from such treatment, improvement, and hope of final restoration will come, if such hope be possible.” And he urged his readers: “if you can do a little in any good direction—do it. It will be much, some day.” 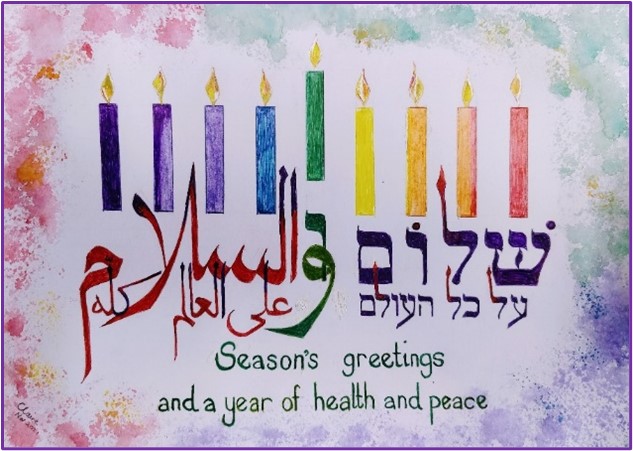 Ute Oswald, ‘A Curious Dance Round a Curious Tree’: Agency and Amusement in Victorian Asylums Volume of Interdisciplinary Essays in Literature and Arts Vol 3 (2015)