Some historical perspectives on suicide, 60 years after the Suicide Act: what I wished I had known as a young psychiatrist

Irrespective of sub-specialty, most psychiatrists have had the experience of loosing patients to suicide in their career. For me this has been a viscerally distressing event and although now retired, I still clearly recall those losses with a mixture of guilt, sadness and responsibility. In recent years I have found that an historical analysis of this common human behaviour has helped to put my professional experiences into perspective.

Suicide has been practiced for thousands of years. Its occurrence has led to a diverse range of social, legal, religious and moral responses across different eras and cultures.  Thus, in ancient Greece and Roman times, honour or ritual self- killing was acceptable, even glorified, as was seppuku in ancient Japan.  Although in most societies and religions suicide developed into an object of disapprobation, shame and sanctions, this did not stop people in despair resorting to it. 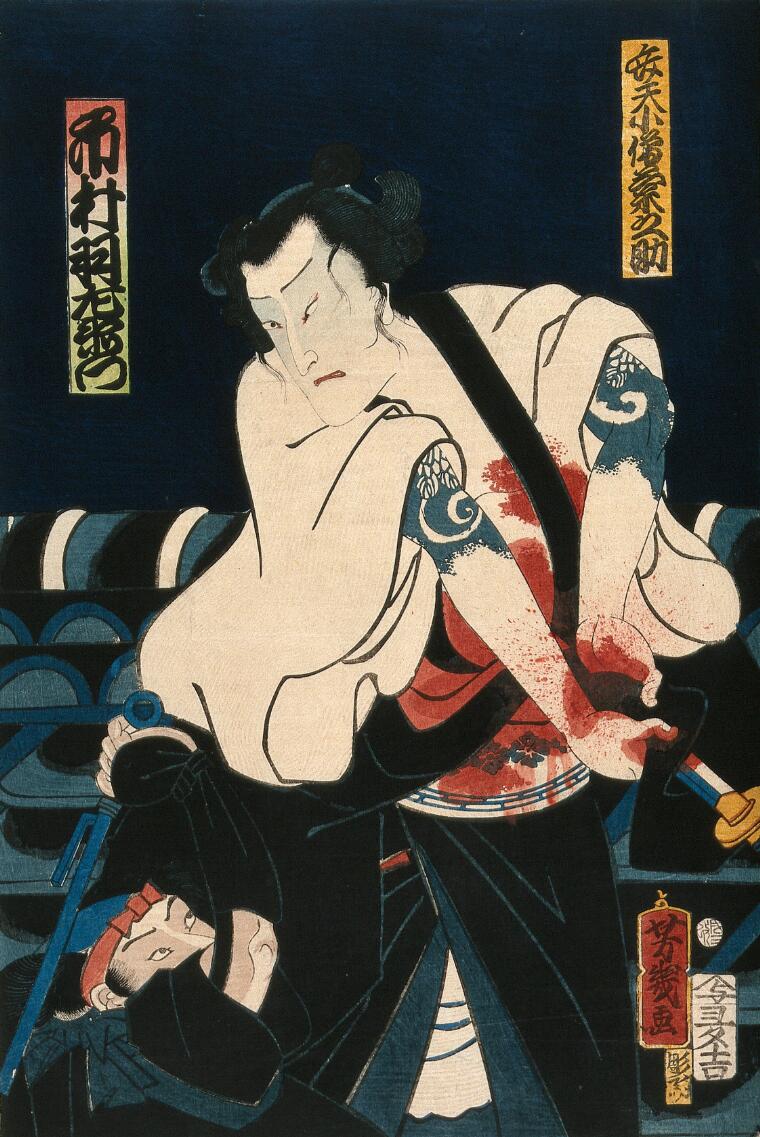 Actor Nakamura Uzaemon killing himself on a roof as an assailant strikes at him. Colour woodcut by Yoshiiku, 1868. Wellcome Collection, https://wellcomecollection.org/works/j2qg2mmh  CCBY4.00

In 1961, only sixty years ago, an Act was passed in England and Wales that de-criminalised suicide. We were one of the last countries in Europe to do so.  Although even today there remains an undeniable discomfort about the subject, few would agree that suicide should be a crime. So why was it a criminal act in our country for the best part of one thousand years?
The short answer is Christian doctrine. Although there is no passage within the scriptures that unequivocally condemns suicide, the Christian church disapproved of self-murder and taught that it was morally wrong. Early founders, notably St Augustine (354-430AD), condemned self-murder as an infringement of the first commandment, ‘Thou shall not kill’. This became part of canon law, and possibly as early as the tenth century entered English common law. Thomas Aquinas, the principle theological authority of the Roman Catholic church in the thirteenth century defended the prohibition of suicide on three grounds: it was contrary to natural self-love, injurious to society and violated one’s duty to God and his authority. By the fourteenth century self-murder was well established as a crime. Juries decided whether there had been ‘malicious intent’ in which case there were forfeiture penalties on the deceased family and funeral rites were denied; this was not the case where the individual had been deemed insane. By custom, the corpse was paraded through the streets and buried at a crossroads after pinning it down with a stake through the heart. This practice was only terminated by an Act of Parliament in 1823 and not until 1870 was a law passed to enable the family to retain the deceased property.
During the Renaissance, some scholars began to question the Church’s stance. One such was De Montaigne (1533-1592) who in his Essays conceptualized self-murder as a matter of personal judgment or conscience rather than a religious prohibition.

In the late sixteenth to the early seventeenth century the subject of suicide was frequently raised publicly in the genre of drama. There are 52 definite suicides in plays written by William Shakespeare between 1589 and 1613 and another 128 in the works of other playwrights during the period 1600-1625. In general, these plays portrayed suicide as a reasoned choice. This is interesting given that by the end of the century and certainly for much of the eighteenth century, England had a reputation in Europe for its high suicide rate. A moral panic broke out, not dissimilar to recent concerns regarding young men, resulting in several clerical and medical texts and pamphlets, one of which was called The English Malady (1733) by a physician, George Cheyne who amongst other causes blamed our weather. 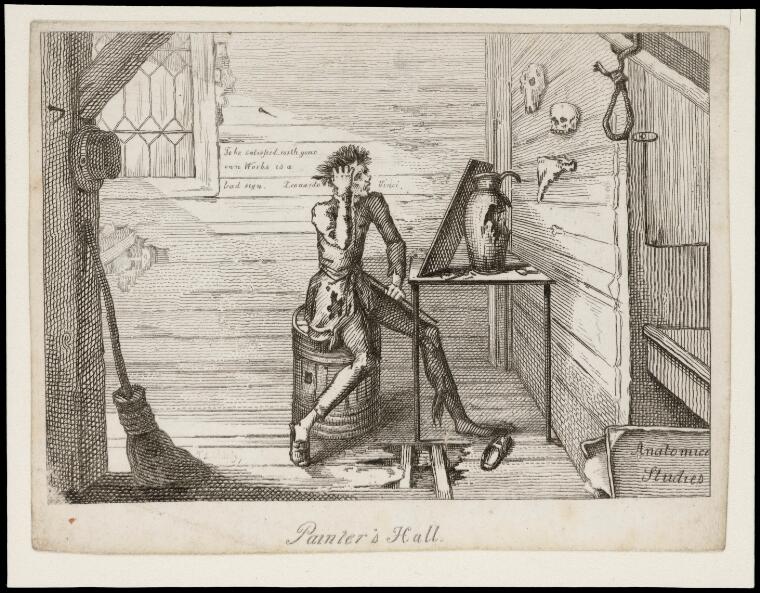 A poor painter seated at a canvas contemplates suicide. Etching by T.L. Busby, c.1826.
Wellcome Collection, https://wellcomecollection.org/works/y925vtgu CCBY4.0
The Enlightenment, from the mid- seventeenth century to the end of the eighteenth century was a period influenced by scholars who believed in the importance of reason, individual freedoms and science as opposed to religion. Polarised debate took place between several eminent philosophers across Europe about whether suicide could be ever justified. Interestingly even those who strongly disapproved such as Diderot, the likely author on the subject in his ground-breaking Encyclopedie (1765) made an exception of the man ‘who has a disturbed mind or who has fallen into a dismal frenzy. His act cannot be considered a crime because in such a state he does not know what he is doing’. Physician, William Rowley went further: ‘everyone who commits suicide is indubitably non compos mentis and suicide should be regarded as an act of insanity’. By the end of the eighteenth century explanations of suicide on the basis of insanity became more common throughout Europe. Even in England coroners and their juries overwhelmingly decided on not guilty verdicts by virtue of mental inadequacy (non compos mentis) rather than giving a felo de se (felon of himself) verdict. Possibly local communities were motivated by their increasing resentment that forfeiture of goods to the crown left the deceased family impoverished. Public opinion often lags behinds legislative reform but this does not explain why England was so much slower to de-criminalise suicide than most of Europe. The reason may reside in the nature of English common law and the role of our coroners.
As psychiatrists we all find completed suicide distressing. Suicide has always troubled societies and none have found a fool-proof way to prevent the action.  Between the 16th and 18th centuries philosophers opened up a debate, which allowed for the possibility that it was an act that should not be automatically condemned as a moral weakness, an offence against God or a sickness of mind. On the contrary, some argued, it could be regarded as a reasoned choice. That debate is being rekindled in our current century with regards to end of life voluntary death and assisted suicide. Historical perspectives sometimes help us to cognitively distance and for this reason I think as a young psychiatrist knowledge of these would have given me a coping strategy. However, ultimately, as caring physicians, whether experienced or not, it is never easy to deal with the suicide of our own patients.

To read more from Dr Lovett you can check out her blog: casanovasmedicine.com. She also has a new book out on April 30th called Casanova's Guide to Medicine: 18th century Medical Practice.